"Because we're not morons:" This bumper sticker announces you're voting for "the Democrat"

While “because we’re not morons” doesn’t appear on the bumper sticker (as it should) but only in the promotional copy, be prepared for expressions of deep “concern” that this will hurt the delicate feelings of the gullible morons who’d vote for Il Douche yet again.

At this point, the bumper sticker is also a good commentary on the fact that there’s a lonnnnggg way to go before the Dem convention.

It’s not the Trump supporters who need to be won over so much as the people who voted third party last time around or simply refused to vote at all because “the Democratic candidate was just as bad.”

Yes. Plenty of room for the Dems to make their margin without once again triangulating and pandering to bigots and Temporarily Embarrassed Millionaires. A more progressive and forward-thinking ticket allows some room for hope, as long as they don’t make the other Dem establishment error of blowing it with the Electoral College.

I guess it all depends on who the primaries throw up as “The Democrat 2020”. Hopefully it will be someone offering a positive, dynamic campaign rather than one sullenly saying, “Vote for me! I’m not Donald!” I’d assume that a positive message would be more likely to snag undecided voters rather than one that just focuses on how utterly appalling the alternative is. 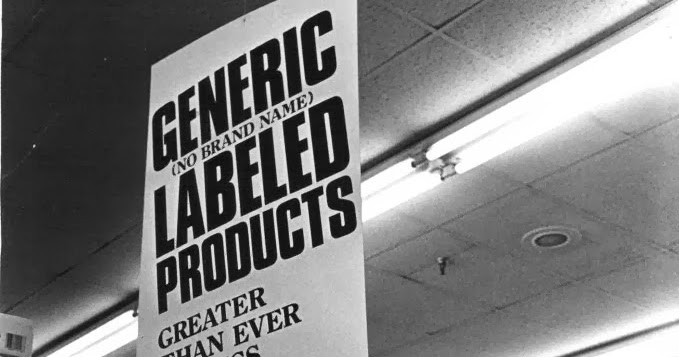 My current feeling about most of the Democratic front runners is that you should absolutely vote for whoever wins, but never believe that they are on the same side as you.

Think of is as choosing the form of the destructor. You had better pick a president who you think you can defeat when they turn out to be like the other recent Democrats in that job, because the Republicans won’t do it for you.

Not just the presidential election, it has to happen across the full slate of senators and congress-critters.

This is exactly the problem.
If you don’t care who your candidate is, you’re no better than the people you dislike.

Try being about substance.

I don’t care about any of the policies of any of the Democratic candidates. At all. All I care is that they all promise to get behind WHOEVER the candidate is, and that they MAKE their followers do the same, and that they do everything in their power to protect and get out the vote… There’s too much at stake than to leave ANY room for division that could allow a LITERAL madman continue to be President. The vote against Trump HAS to be an undeniable landslide in BOTH the popular vote and the electoral college, and even if it is, Trump’s STILL going to try to claim victory and then declare himself President For LIFE. “Blue No Matter Who” has to be the ONLY answer, and we have to know that Trump and his goons are going to do everything in their power to repress the vote and they will cheat in every way possible to try to win, because Trump and his Cult are totally without morals or ethics and we cannot afford to give them the opportunity to take every unfair advantage to succeed. The only thing at stake is The Country. Get serious.

Try being about saving the country from a nightmare. Try this may be the last chance, because if Trump wins again, he has given every indication that he is going to declare himself President For Life. Try waking up.

i get it. people are angry that clinton could not win an election that was essentially handed to her. yes, i’m going to vote for whoever will get this ass hat out of office and ideally behind bars, but this is a stupid and dangerous sentiment. it absolutely matters who that person is and what they stand for. voting against something/someone and not having any care or idea about what it is you’re replacing it with is not democratic. it’s reactionary, unprincipled, and dogmatic. it just so happens to be the best option this time around, but be careful.

If you don’t care who your candidate is, you’re no better than the people you dislike.

Try being about substance.

Be realistic: any one of those DEM candidates is more qualified and competent than Trump. And while I might quibble with any one of them over a specific policy, I disagree with Trump about nearly everything. In fact I would probably disagree with any candidate the GOP could possibly offer at this point.

I think it’s clear even this far out that the DEM battle is a 4 horse race: Warren, Harris, Sanders, Biden. I would say Buttigieg is the dark horse if there is one…but I think that’s a distant 5th place.

I also think that Warren and Harris are the front runners…I really think people do not want an old white man once again as president.

OFC, I’d vote for a tuna fish sandwich if that was the D candidate vs Nostradumbass.

Ding ding ding! That’s exactly what I was trying to communicate with my sticker. Thanks for saying it.

Thanks for the wakeup call.

Here I was worried about the tribalization of our democracy and the arbitrary bifurcation of the entire system that benefits both parties and disenfranchises the very voters that the politicians are supposed to serve, but I forgot that TRUMP BAD.

I’m not saying I won’t vote Democrat - I’m saying that this blanket statement is how bad people get elected.

There’s only one side that’s happy about concentration camps at the border my dude.

Distinctions are only arbitrary if there’s no relevant differences. “Enlightened centrism” is just a way for people to be morally lazy.

If you don’t care who your candidate is, you’re no better than the people you dislike.

There’s a difference between “not caring who your candidate is” and recognizing that even the worst candidates running for the Democratic nomination are considerably better than Trump.

even the worst candidates running for the Democratic nomination are considerably better than Trump.

I really agree with the sentiment here, but Trump along with his handlers (the GOP) are giving us front row seats to watch how a democracy dies. The answer shouldn’t be an oversimplification of the process, but in this grotesque, idiocracy world we’re in right now…the answer is vote for the other team.
The GOP has shown a lack of shame, integrity and regard for the rule of law and have to be shown the fucking door.