“That [dirt] didn’t materialize,” said Goldstone, but he believes the apparent willingness of campaign officials to accept dirt is what drew the scrutiny of congressional investigators and special counsel Robert Mueller. 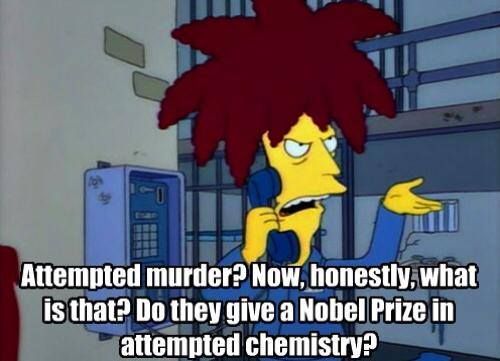 They don’t get it. They simply do not understand what the laws are and how they work.

They don’t get it. They simply do not understand what that the laws are and how they work. apply to everyone, not just the little people.

They simply do not understand what the laws are and how they work.

I don’t understand either. Which law is it exactly?

Which law is it exactly?

There are a few to choose from, but here’s a highly relevant one that some of his buddies have already been nabbed with:

Conspiracy against the United States

But, what is the “offense” they are conspiring to commit? As I understand it, the theory is that information has monetary value and therefore can be an illegal campaign contribution. AFAIK, there is no precedent for this interpretation.

Fox News host Gregg Jarrett has a distinctive take on the investigation into possible links between Russia and the Trump campaign. Jarrett, a former defense attorney, said that even if the two worked together, it wasn’t illegal.

But, what is the “offense” they are conspiring to commit?

If a representative from hostile foreign nation says “we hacked the other party’s server and would like to use the information we gained to help your nominee become the President” and your reaction is “cool beans, let’s do this thing” instead of calling the FBI then that’s a pretty textbook example of conspiracy against the United States.

I mean that literally. I expect this to be a case study cited in future generations’ textbooks.

Which law says that?

If you do so by hacking their private server? Absolutely that is a crime.

If someone else does it for you and you go along with it then it becomes a criminal conspiracy.

If that someone is doing so to further the interests of their own country at the expense of American interests then it becomes conspiracy against the United States.

It is against US Law to accept money and things of value from a foreign national or government in an effort to gain advantage in a US election. Additionally, while you can spend time and money digging up dirt on an opposing candidate using domestic resources; you are still required to disclose those sources and expenses under campaign finance laws.

You either agree that the Trump campaign acted illegally, or you don’t. Just say which you feel is the case and stop this bullshit. This is a forum not a court of law. No one here needs to prove anything to you, and you are adding nothing to the conversation/discussion.

It will be an interesting legal argument whether a bundle of information is an “other thing of value” within the meaning of that law. It seems to be about things that you could put a $ value on.

you are still required to disclose those sources and expenses under campaign finance laws.

Really? Any time someone tells a candidate information they must file a disclosure?

It is. Spending time and money to dig up dirt on a candidate (per your example) is assigning value to it. If a foreign government or national donates something of value to an American candidate (e.g. dirt on his opponent) without declaring it, that’s against the law.

Really? Any time someone tells a candidate information they must file a disclosure?

If that person has spent their own money or material resources getting that information before donating it to the candidate, yes.

You are asking the same question over and over while being provided the answers and ignoring them.

This conversation reminds me of those Trump apologists who continue to insist that the crimes Michael Cohen pleaded guilty to aren’t actually crimes.

Because pleading guilty to things that aren’t illegal is totally something that a lawyer would do, and that his lawyer would allow him to do.

This conversation reminds me of those Trump apologists who continue to insist that the crimes Michael Cohen pleaded guilty to aren’t actually crimes.

Or the Putin apologists who claim that his regime is completely uninvolved in election meddling and opponent poisoning and spreading disinformation. Not that anyone here is deluded enough to believe that Putin is a peace-loving leader who’s constantly being wrongly accused of doing the kind of things you’d expect from a former KGB/FSB agent. 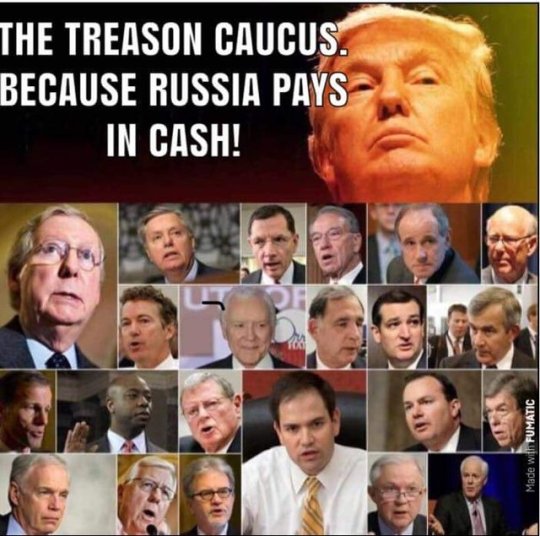 Again with your circular questioning. This convo is done.

I don’t understand either. Which law is it exactly?

Most of the reporting have been using the umbrella term collusion.

An article from over 1 year ago covers this pretty comprehensively.

‘Collusion is the perfect word to cover such crimes’
John W. Dean was Richard Nixon’s White House counsel. He served a four-month sentence for his role in Watergate.

It was the fake legal analysis by Fox News in June—claiming that “collusion” with a foreign government violated no law—that prompted me to look. Surely Fox knows it fooled only fools. Collusion is the descriptive word the news media has settled on to cover many potential illegal actions by the Trump campaign, which could range from aiding and abetting (18 USC 2) to conspiracy per se (18 USC 371) to conspiring to violate several potentially applicable laws like: 18 USC 1030—fraud and related activity in connection with computers; 18 USC 1343—wire fraud; or 52 USC 30121—contributions and donations by foreign nationals. Also, 18 USC 2381—for, contrary to a widespread belief that there must be a declared war, the Justice Department as recently as 2006 indicted for “aid and comfort” to our enemies, the form of collusion better known as treason. Collusion is the perfect word to cover such crimes, pejorative and inclusive.

I think one of the most remarkable aspects of this whole presidency is how many GOP operatives, past and present, both with and without direct executive branch experience, are ringing the alarm bells. I can’t remember a single instance of anything like this.