Either he’s smart, as he says, or the tax system is idiotic.

If those are the only two options then it’s obvious that the tax system is idiotic.

I’m inclined to say that the tax system isn’t built to handle a recovery from such massive losses. Usually when someone fails that hard they’re well and truly done.

The Alternative Minimum Tax would come into play here. And you can only write off the losses in follow-up years if you’ve got gains to match against them.

Of course, he could be posting losses EVERY year.

Personally, I don’t mind paying taxes. I vote for the things I think we should collectively pay for. Weaseling your way out of paying taxes is unpatriotic.

I’m inclined to say that the tax system isn’t built to handle a recovery from such massive losses.

I’m inclined to say that the tax system is built to harvest wealth from the peasants while the aristocracy get a free ride.

Seriously, people think swaddling themselves in the flag and wandering around with weapons of war is patriotism, but if you really love your country, pay your damn taxes and vote.

I’m assuming that this means he paid a fantastic amount of tax for the nearly billion dollars that he earned before he lost it all in the debacle.

If that’s actually the case, then I don’t have a lot of problem with his not paying tax.

However, I don’t think that’s actually the case.

My guess is we’re going to hear a lot about the term “paper losses” in the next few days.

And it won’t matter to 90% of the Trump voters.

He’s even smarter than that. He’s pushing for the billionaires negative tax refund. Paying zero taxes is for chumps.

So, in 1995, roughly 177,210 average working families paid income tax for no other reason than to offset Trump’s loss.

Or it can be both.

actually they are both idiotic 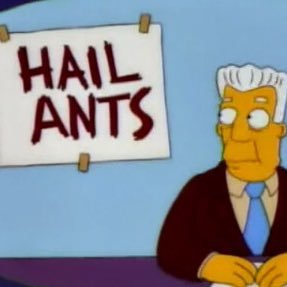 He basically gets to do all the stuff they wish they could do: He can yell at Hillary Clinton on national television (to her face no less!), make rambling call-ins to news shows, say racist stuff like it’s no big deal, and just generally be a dick to everyone.

I am pretty sure that all of the above are things that his supporters wish they themselves could do… This is what scares me most about this election.

Really, this election has come down to, this:

Do we want our leader to be a petulant child with all the wisdom of a six year old, or do we want an adult who fucks up sometimes, more often than we want, but understands the consequences.

He basically gets to … be a dick to everyone. … I am pretty sure that all of the above are things that his supporters wish they themselves could do

Yes, some fraction of the country wants to pay no taxes, yell at Hillary, make racist rants without consequences, and be a dick to everyone. But that fraction is far less than Trump’s polling numbers.

I’m astonished at how divided we have become. Probably 80% of us have retreated to our respective corners (goaded there by the media) and will now vote for anyone, so long as they’re endorsed by the correct party. I find that far more frightening than the specter of Trump holding the nuclear codes.

Let’s have some fun and turn this around. Suppose the Democrats had nominated someone terrible (imagine Kim Kardashian, maybe?), and the GOP’s primaries had gone according to the script. How many of us would actually be voting for Jeb? I believe Kim would be polling at least 35-40%.

We are a nation controlled by brand specialists. And we’re screwed.

Taxes pay for civilization. Sadly, Large numbers of conservatives seem to have decided they are opposed to civilization.