I have no love of criminals nor do I much get worked up over prison not being much of a “fun place” but I do not and cannot condone them being ripped off and their families being stolen from in this callous manner.

Every argument I have seen as to why these services cost so much boil down to arrant bull**** and transparent lies.

Reasonable costs would be one thing (and even then, I’d not balk at free calls to their attorneys, you can’t defend yourself legally if you are too broke to talk to your attorney) but prisons should not be profit centers and I am a full blown capitalist of the worst stripe.

I feel the same way about how prisoners seem to be being ripped off by in-prison prices for their necessities and basics of life. That is inexcusable and puts us into that charming third world category where, if you don’t have money, you don’t eat or your family has to bring you food.

Prisons should bot be country clubs but dammit, we are better than this nonsense.

Not everybody in prison is a criminal.

What was Obama doing when he appointed Pai to the Commission? Shouldn’t Mitch McConnell’s endorsement alone have been sufficient evidence that this was the wrong move?

You don’t need a time machine to figure out that, in 2022, he’s going to be CEO of Verizon and that everything he’s doing now is in preparation for that happy day.

American prisons are profit-driven institutions based upon white supremacy and functionally enslaved labor. There is not the slightest hint of justice involved.

Not just at the margins, not just in Sheriff Joe’s town, all over. They’re utterly indefensible, root and branch.

American prisons are profit-driven institutions based upon white supremacy and functionally enslaved labor. There is not the slightest hint of justice involved.

Not just at the margins, not just in Sheriff Joe’s town, all over. They’re utterly indefensible, root and branch.

Let’s not overdo it. They are indefensible, sure, but there’s hints of justice. Dylann Roof’s in prison. We can all agree this is a Good Thing, yes? Some people should not walk free and since it is impossible to unkill someone, I’d much rather they be imprisoned than the alternative.

If Dylann Roof were a Black man who shot up a White Church, he would have been dead as soon as police came within firing range. If he’d somehow miraculously survived long enough to be arrested, he’d have been executed. If he didn’t “accidentally” die in custody.

Prison abolition isn’t an issue I’ve focused on, but it’s certainly one that I’m willing to give a hearing to. But, yes, my instinctive response to that proposal is a feeling that some form of imprisonment will always be required in order to quarantine the intolerably dangerous.

But that has virtually nothing in common with the US prison system.

The "kids for cash" scandal centered on judicial kickbacks to two judges at the Luzerne County Court of Common Pleas in Wilkes-Barre, Pennsylvania. In 2008, judges Michael Conahan and Mark Ciavarella were convicted of accepting money in return for imposing harsh adjudications on juveniles to increase occupancy at for-profit detention centers. Ciavarella disposed thousands of children to extended stays in youth centers for offenses as trivial as mocking an assistant principal on Myspace or trespa... 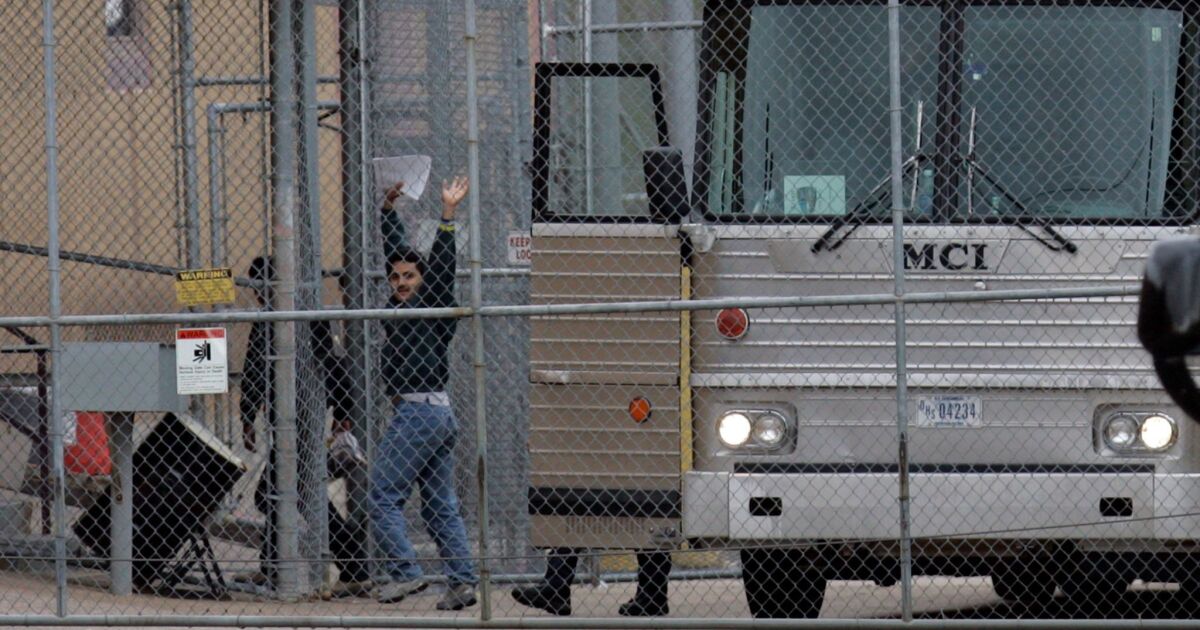 During part of her time in an immigrant detention center in Colorado, Grisel Xahuentitla spent six hours a day passing out trays before meals, scrubbing toilets and scouring showers.

Federal Prison Industries, Inc. (FPI), doing business as UNICOR (stylized as unicor) since 1977, is a wholly owned United States government corporation created in 1934 as a prison labor program for inmates within the Federal Bureau of Prisons, and a component of the Department of Justice. It is headquartered in Washington, D.C. Under US federal law, all physically able inmates who are not a security risk or have a health exception are required to work, either for UNICOR or at some other prison j...

As prisons seek more ways to raise money, they are charging inmates fees for everything from phone calls to the bed they slept in. Not only are these fees becoming more common they are becoming more expensive, leaving many inmates with debts of as...

I don’t see how any of that is relevant. The argument isn’t that the US prisons are good, the argument is that they occasionally serve just ends. Something needn’t be maximally terrible for it to still be terrible.

Hitler liked dogs. Stalin respected Mayakovsky. They were terrible, terrible men, both of them, but it doesn’t mean we ought to start kicking puppies as policy or burn every copy of a Cloud in Trousers.

I don’t see how this extra isolation from friends and family is going to help with the re-integration for the inmates.

Who am I kidding… the US prison system doesn’t want ex-prisoners who are ready to be part of society again. It wants repeat-business!

Can you have absolute free market that doesn’t become a absolute monopoly?

[…] prisons should not be profit centers and I am a full blown capitalist of the worst stripe.

The argument isn’t that the US prisons are good, the argument is that they occasionally serve just ends. Something needn’t be maximally terrible for it to still be terrible.

I’m going to throw out a massively overused cliche, but it seems spot on in this case. A broken clock is right twice a day. That doesn’t mean there’s anything redeemable about the clock. The fact that our justice system occasionally sends people to prison who actually do need to be off the streets is, at this point, almost coincidental. It happens only when the crime is obvious and undeniable, the perpetrator isn’t wealthy, powerful, and white, and when the police didn’t act as judge, jury, and executioner at the time of arrest.

Prisons should bot be country clubs

I hear that a lot when people talk about this and I keep wondering why. Let’s say a prison had no rape, no abusive guards, no solitary confinement, and none of the other abusive aspects of prison in the U.S… Instead, what if they had books, educational and vocational programs, entertainment, and sports? Instead of our prisons producing harder criminals, what if we treated them like human beings with rights that the government cannot take away? What if we gave them a chance at a life other than one of crime? What would be so bad about that?