Few anecdotes about the TSA:

TSA unable to accurately forecast and staff for the number of people coming through their bottlenecks, even though everyone there booked their flights weeks in advance.

What’s baffling about their incompetence? They have near-absolute power over everybody who wanders into their purview and so they have no incentive to improve. They have carte blanche to be as draconian than they because their attitude is always going to be, “You don’t HAVE to fly, so either get out of my fucking airport or shut up and take off whatever I tell you to.”

TSA strip searched my 12 year old son a decade ago, the level of rage I have toward that useless piece of shit Government run freak show would melt Pluto.

We pay for security theater, not security. Therefore the people in the blue shits are actors, not agents.

You wouldn’t be surprised if Hugh Laurie (the actor, not House, the doctor) killed 80% of the people he operated on, would you? So why should we be surprised when the blue shirts fail at these tasks, when we only hired them as props to stand next to metal detectors??

Accurate and suits your usernym.

On a recent trip with my wife and infant son the stroller got a positive hit on one of their swabs. As a result one of us had to “claim” the stroller and endure a pat down. We got to choose which one of us it was. Of course this is rediculous actual security. If their swabs were remotely reliable we all should have been checked. But hey, it’s all for show so logic doesn’t matter.

Then they had the gall to repeatedly ask us to clear the secondary screaning area “when we were ready.” I ignored them and took my time.

You should have checked your ammo, as it and firearms are allowed if you declare them. Firearms have to be in a locked case.

On the way back from Canada, they wouldn’t let me on with cigar punch that LOOKED like a bullet, but was just a cigar punch. I got a small (size of a Chinese take out box) and checked it, and they were nice and didn’t lose it. They did let me keep my pocket knife. Granted this was a year before 9/11.

We pay for security theater, not security. Therefore the people in the blue shits are actors, not agents.

On a recent trip with my wife and infant son the stroller got a positive hit on one of their swabs.

They ALWAYS swabbed the fuck out of my Pelican case which held my film camera back in the day. I was like - uh - you put it through the machine. You can see whats in it. I didn’t say it out loud, but why would a bomb maker use something that LOOKS like a god damn bomb?

Several years ago, DH and I were returning from a vacation to Great Britain. We were bringing back a lot of souvenirs, including metal gaming miniature figures we hadn’t been able to find elsewhere. The people charged with screening our luggage were quite perplexed over all the tiny bits of oddly shaped metal.

You should have checked your ammo

You think? lol. Maybe I wasn’t clear: I don’t own a gun, and the ammo wasn’t supposed to be in my bag. The problem arose from the fact that for weeks, I’d just been taking my travel bag and Dirty Clothes out >> Clean clothes In since I was driving. Totally careless on my part.

They did offer for me to check my bag. But then I’d be in Vegas with a bunch of bullets that I had to fly back with. I just told them to dispose of it. The cost of the checked back IIRC was more than the cost of the box of bullets anyways.

OH, I misread, I though you were taking to give to someone at your destination.

Still, $125 is pretty cheap for trying to take down a plane. That’s more than my last speeding ticket.

Depends when this was - during the shortage people were paying stupid amounts for them.

Depends when this was

This would have to have been July 2012. I don’t recall what I paid, but it’s gotta be less than the $50 it would have cost to check my bag both ways.

A happier story about TSA: 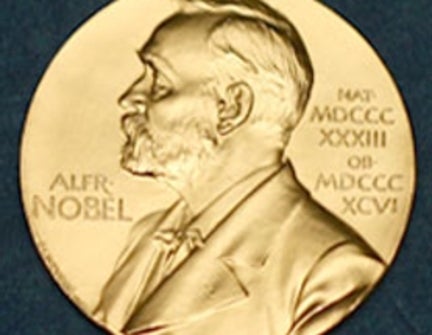 What It's Like to Carry Your Nobel Prize through Airport Security

Nine scientists became new Nobel Laureates this week when the 2014 Nobel Prizes in Chemistry, Physics and Physiology or Medicine were announced.

Among the many changes the Nobel Prize brought to Schmidt’s life: travel hassles. Here’s what he said it’s like to carry a Nobel medal aboard an airplane:

“There are a couple of bizarre things that happen. One of the things you get when you win a Nobel Prize is, well, a Nobel Prize. It’s about that big, that thick [he mimes a disk roughly the size of an Olympic medal], weighs a half a pound, and it’s made of gold.

“When I won this, my grandma, who lives in Fargo, North Dakota, wanted to see it. I was coming around so I decided I’d bring my Nobel Prize. You would think that carrying around a Nobel Prize would be uneventful, and it was uneventful, until I tried to leave Fargo with it, and went through the X-ray machine. I could see they were puzzled. It was in my laptop bag. It’s made of gold, so it absorbs all the X-rays—it’s completely black. And they had never seen anything completely black.

So they opened it up and they said, ‘What’s it made out of?’

And they’re like, ‘Uhhhh. Who gave this to you?

‘The King of Sweden.’

‘Why did he give this to you?’

‘Because I helped discover the expansion rate of the universe was accelerating.’

At which point, they were beginning to lose their sense of humor. I explained to them it was a Nobel Prize, and their main question was, ‘Why were you in Fargo?’"

The important takeaway here is that nearly complete absence of useful screening still results in exactly zero hijackings. Zero. So we can scrap the whole TSA and be every bit just as fucking safe.

Two things happened after 9/11 that make a great deal of sense w/r/t airplane security – hardened cockpit doors (and a bit more care when the pilot pops out to use the lavatory) and the new obligation for passengers to fight back. Everything else beyond standard screening (metal and occasional wiping for explosives) is just stupid.

You got that exactly right.

Meanwhile up in Canada… 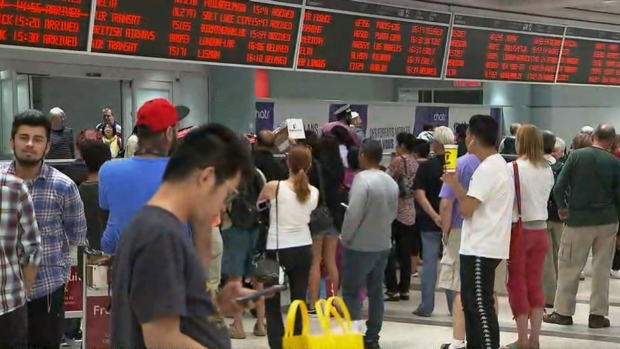 Small knives will be allowed on planes, but baby powder banned: Transport Canada

Under new regulation changes effective later this month, airline passengers will be able to carry some small knives on most flights, but baby powder will be banned.

Can you make a dust-explosion with baby powder? I don’t see flour on their banned list.

Can you make a dust-explosion with baby powder? I don’t see flour on their banned list.

At scout camp they used to use it for storytelling effects: