He’s also trying to amend the constitution to let him stay in power until 2029 and to give himself even more powers. 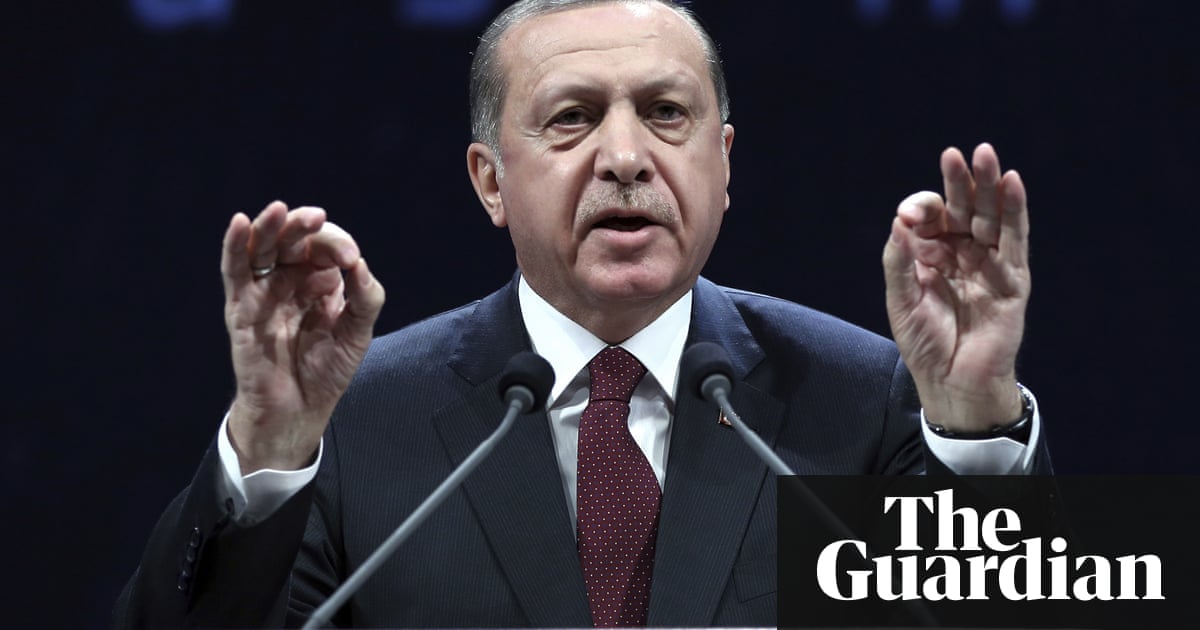 Turkey: Erdoğan rule could extend until 2029 under proposal

Erdogan would be a great name for a villain; but this bloke seems to be over stepping the mark,

Don’t forget that a significant, if even a majority, contingent of the turkish populace wants all of this madness.

I’m glad to see America is leading the way by turning its back on demagogue leaders.

legalize the rape of children

I know I can always count on Boing Boing to make an already interesting story much more dramatic!

It’s not just the Turks. In the first half of 2017 we’re likely to see significant contingents of European electorates giving right-wing populist parties power. Those groups in the U.S. and (effectively) the UK have already gotten their own processes underway, of course.

Whew! For a minute there i thought this was happening here in the States.

Everytime I see a headline like this, I wonder how many more NGO’s, newspapers, etc. are there left to shut down, hasn’t he gotten them all yet?

Trump is but a part of a world wide trend towards Authoritarian populism. Liberalism is finished!

Hey, how about a spoiler alert for those of us in the US?

legalize the rape of children

I know I can always count on Boing Boing to make an already interesting story much more dramatic!

Bullshit. Turkey is a NATO member, and NATO members can’t be led by dictators by definition, because NATO is all about protecting democracy, and you can’t have democracy with a dictator.

Bullshit. Turkey is a NATO member, and NATO members can’t be led by dictators by definition, because NATO is all about protecting democracy, and you can’t have democracy with a dictator.

He's also trying to amend the constitution to let him stay in power until 2029 and to give himself even more powers.

He’s not exactly protecting democracy, is he?

Trump is but a part of a world wide trend towards Authoritarian populism. Liberalism is finished!

Maybe Libertarian-Socialism will finally be considered a viable force against authoritarianism (most of the Lib-Socs don’t consider themselves liberals).

Hey, things have been shit recently, I need to have something to hope for.

back in 1954, Molotov proposed that the Soviet Union join NATO. Depending on how credulous you are, you might think that the Western rebuff was the start of the cold war, and ever since, NATO has been used to perpetuate the atlanticist hegemony against poor poor Russia.

CWIHP is pleased to announce the addition of a new document to its online Digital Archive. CWIHP e-Dossier No. 27 contains a 1954 proposal by Soviet Foreign Minister V. M. Molotov, in which he proposed that the USSR Join NATO.

Anyway, the text of Molotov’s proposal to the Soviet Presidium includes this bit:

The Foreign Ministry considers that raising the question of the USSR joining NATO requires, even now, an examination of the consequences that might arise. Bearing in mind that the North Atlantic Pact is directed against the democratic movement in the capitalist countries, if the question of the USSR joining it became a practical proposition, it would be necessary to raise the issue of all participants in the agreement undertaking a commitment (in the form of a joint declaration, for example) on the inadmissibility of interference in the internal affairs of states and respect for the principles of state independence and sovereignty.

So, there is that.

But, there is also the example of Greece.

The Greek military junta of 1967–1974, commonly known as the Regime of the Colonels (Greek: καθεστώς των Συνταγματαρχών, kathestós ton Syntagmatarchón [kaθesˈtos ton sin'daɣ.matarˈxon]), or in Greece simply The Junta (/ˈdʒʌntə/ or /ˈhʊntə/; Greek: Χούντα [ˈxunda]), The Dictatorship (Η Δικτατορία, I Diktatoría) and The Seven Years (Η Επταετία, I Eptaetía), was a series of far-right military juntas that ruled Greece following the 1967 Greek coup d'état led by a group of colonels on 21 April 1967. T...

In 1947, the United States formulated the Truman Doctrine, and began to actively support a series of authoritarian governments in Greece, Turkey, and Iran in order to ensure that these states did not fall under Soviet influence.[1] With American and British aid, the civil war ended with the military defeat of the communists in 1949. The Communist Party of Greece (KKE) was outlawed, and many Communists either fled the country or faced persecution.[citation needed] The Central Intelligence Agency (CIA) and the Greek military began to work closely, especially after Greece joined the North Atlantic Treaty Organization (NATO) in 1952. This included notable CIA officers Gust Avrakotos and Clair George. Avrakotos maintained a close relationship with the colonels who would figure in the later coup.[2]

the United States formulated the Truman Doctrine, and began to actively support a series of authoritarian governments in Greece, Turkey, and Iran

There seems to be a common thread in a lot of (Western) people’s perceptions of Turkey right now:

Last time I checked, being a dictator involves having power that isn’t given to you by the people. I certainly don’t agree with Erdogan or any of his actions but I don’t think this simplification is helpful in talking about Turkey’s problems.

Trump gets elected and Americans clamor to figure out why the voter turnout was the way it was and what can we do about the Electoral College and did someone hack the voting machines and which demographic - was it the poor whites or the middle class ones? - but when something happens in another country that you can label authoritarian and mix it up with a patronizing mention of foreign rape culture/Islam, there’s no analysis, no history, just “They wanted what they got and maybe they deserve it.”

I’m ranting, I know, and I’m not trying to attack this article in particular or anyone here, and I can’t offer any better analysis on Turkish politics, I just see a trend—I feel like Western media, mainstream and otherwise, needs to get its shit together when it comes to Turkey. (and a lot of other things, but that’s another discussion.)