Like many authoritarians, Erdoğan totally underestimates the power of the Streisand Effect, hence his government’s demands on the German ambassador, which come off like an imperial majesty ordering crackdowns on press freedom abroad to match the crackdowns at home. This has made fresh headlines in Germany, and Extra 3, the program that originated the video, has aired it again, doubling down on their provocation and winning hearts and minds among Germans, including German Turks.

Um, yeah. How did he think that was going to turn out? I mean, now people are watching this all over the world, and I’d be shocked if Extra 3 doesn’t double down with something twice as offensive next time.

The part that gets me is, because he’s got them by the balls with the refugee crisis, European powers aren’t taking a strong stand about him arresting journalists and taking over opposition newspapers, and making it clear that there’s no way in hell they’ll let a country like that into the EU.

whose erection required the razing of a nature preserve.

[off-topic] I think the EU made the most important error in 2002, when Erdoğan’s AKP won the general election. His first term was characterised by rather impressive reforms, the government changed many laws to the better and tried to reach the legal framework defined by the EU.

The AKP reminded me of other conservative parties* in Europe: Focussed on free market policies, nationalistic (but seeing the country within the EU), values based on a wishy-washy form of religiousness - totally compatible to the parties forming the EPP. But our own free market, nationalistic, religious value parties tried sucessfully to hinder Turkey’s candidate status.

I’m not sure if a realistic plan for an EU membership would have been better (see Orbán’s Fidesz in Hungary, if he could he would love to act like Erdoğan), but serious negotiations could have avoided the current autocratic police state.

Most sensitive feeling folks on the planet: Turks!

The Streisand effect is the phenomenon whereby an attempt to hide, remove, or censor a piece of information has the unintended consequence of publicizing the information more widely, usually facilitated by the Internet.

Blame all Turks for one fascist leader? No thanks…

The bit with him shaking the ballot box.
LOL!

whose erection required the razing of a nature preserve.

I still can’t decide if that was a grammatical error or if Cory was making a deliberate joke. Either way, for once I’m grateful he rarely fixes grammar in his posts.

Thank you, Mr. Erdoğan, for publicizing a funny video about you. I would never have seen it otherwise.

Instead of deleting the satirical video, puts “extra 3” on Tuesday after: On Twitter, the satirical program published the video again criticized - namely with English subtitles . On Facebook was an old Satire Video republished . It declared “John Schlütür” by 2014, as he wants to make Erdogan even more popular than fictional propaganda minister, through the Twitter ban or charges against demonstrators. His model: Russian President Vladimir Putin.

That is impressive, even by Google Translate’s standards.

Very Streisand. I find it rather blunt and naive; Erdogan is an easy target, aim in the general direction of his ego and you can’t miss. Carefully avoids domestic criticism, e.g. of the German politicians making deals over refugees with Erdogan. Very German tv.

EDIT: I was poo-pooing this, but now…:

… Merkel has publicly critizised the video, the ZDF TV channel removed it from streaming, and the public prosecutor has opened preliminary proceedings against the TV host for suspicion “insulting a foreign head of state” (actually a crime with a possible prison sentence… but one that requires the OK federal government to be prosecuted.) Very democracy. so freedom of press.

“razing of a nature preserve”? So, that’s what the kids are calling it…

Yes, the blame should only go to the Turkish AKP- and non-voters. 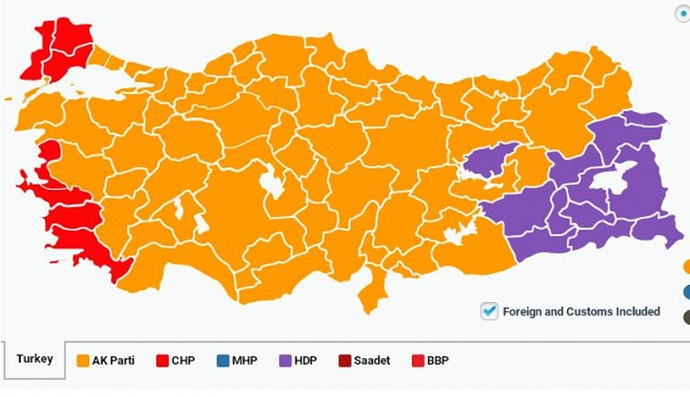 It’s not that specific – many men prefer a full Brazilian.