I was salmon fishing in Alaska a few years ago. It was wide open and I had three beautiful kings on the line over the span of a half hour only to lose every one to the sea lions.

This is my dad in the early 70s in Alaska. He didn’t catch these, though, as he worked for the Dept. of Wildlife and was doing salmon counts. 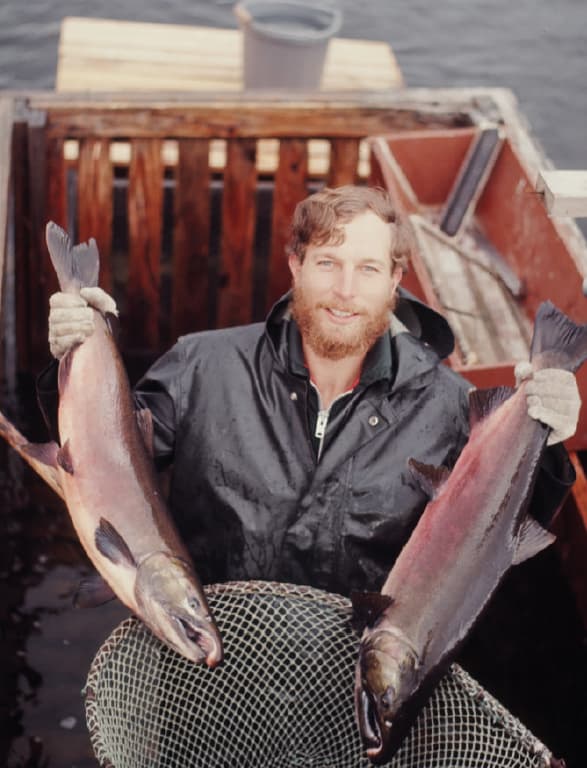 For some reason this makes me think of my all time favorite gif: 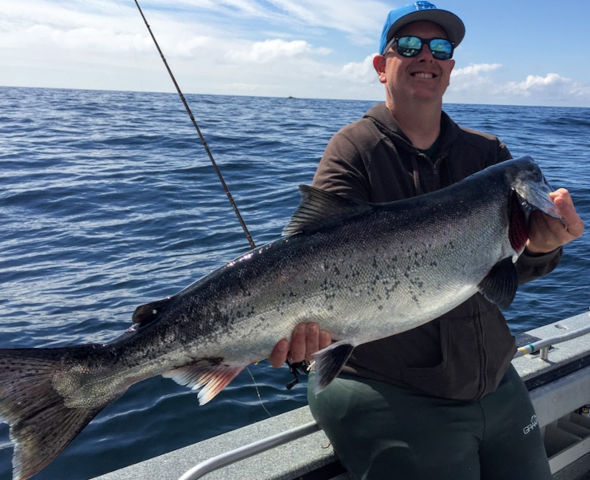 This was a few years ago too… biggest salmon I’ve caught. But I bet all three of the ones the sea lion ate made this guy look like a sardine

That “He/She is from Boston” thing for anyone from Massachusetts has been around for a really long time. Even people who know they’re not from Boston MA but are from Massachusetts use it. I remember back in 1975 I asked a kid I was hanging out with on Martha’s Vineyard where he was from. He said “I’m from Boston”. I asked him what part and he said Weymouth. You’d think all of Massachusetts was Boston if it wasn’t for Salem MA on Halloween.

Hey let’s not forget about Wuss-Tah

I’m not a fisherperson, and I know that the @pesco wrote the boat’s crew removed the line but I’m wondering, Did someone really stick their hand in that shark’s mouth to unhook the (probably big) hook? How does that normally work?

I’m not 100% sure on this, but I think the hooks get left in to eventually rust out.

yeah of course, but not everyone, and it’s inaccurate reporting. not explicitly on BB’s part since they’re just rehashing the article from elsewhere.

there are special hook pullers tht don’t require you to get a hand close to the shark’s mouth. that and circle hooks that are less likely to be swallowed and therfore easier to retrieve with said tool.
not all boats use these and many times the line is cut and the hook left in the animal (or the shark bites through the leader before getting to the boat).
eta: i have hooked many sharks (nurse, bonnetheads, small black tips) and always retrieve the hook. i spent good money on that tackle and want it back!

I’m really happy to here it’s possible. I always hated the idea that these poor sharks were out there with hooks in their mouths because someone didn’t remove it.

In this case it seems like they weren’t fishing for aharks, though, so it’s more likely that they used smaller hooks that were lodged deeper in the fish’s mouth or throat. That’s going to make them mush harder to get to. I hope it was a simple release, because I love sharks.