Twitch streamer has grossed $33 million in two years on OnlyFans

More power to her, although I think if I’d taken in $27 million (maybe $18 million after taxes) I’d be inclined to cash out of life rather than start some production company. Just get a nice home on a lake somewhere and spend my days writing.

Just get a nice home on a lake somewhere and spend my days writing.

Yeah, $27 Mil is as John Goodman said in The Gambler: “a level of Fuck You” 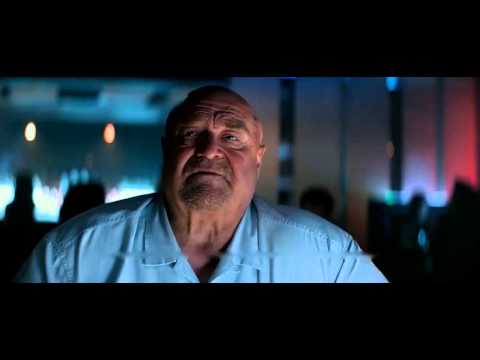 “It’s about sending a message”

So what’s the message?

The reviews of my Onlyfans are also “gross”

She’s grossed nearly $34 million in under two years. “it’s not about the money. It’s about sending a message,” she said.

What is the message? That you can make shit ton of money if you’re hot, selling access to pictures and having people watch you stream game play? I see the hashtag #itsrealwork - so is the message that selling pics etc is real work and should be treated as such, and not require some walled garden that you are forced to use? Legitimizing “sex work”?

Jesus - that is a lot of money. How many subscribers do you have to have to make that much? Or are there whales accounting for the bulk of it?

But what does she do on the different platforms?

My guess: stream playing games is sort of the gateway, how people find her and to watch is free. If you like her, you can go get more content on OF.

More power to her, although I think if I’d taken in $27 million (maybe $18 million after taxes) I’d be inclined to cash out of life rather than start some production company. Just get a nice home on a lake somewhere and spend my days writing.

So what’s the message?

Nerdy gamer dudes on the Internet really like it when a hot girl talks about geeky stuff and does cosplay before getting nekkid and having sex while they watch. It’s obvious, but she’s apparently talented at fulfilling that particular need in the market so good for her.

I’d be inclined to cash out of life rather than start some production company.

Same here, but she’s young and seems to get something out of the work besides money so why not own her own business?

And hey, if it’s not about the money, then what charity did she give it to?

This article reads as if it was written by her publicist.

Vice has a YouTube segment that breaks down how she earns her money. The girl works for it. “Making $1.5M/month on OnlyFans and Twitch: Amouranth”

My only thought is that generations of Playboy Playmates just realized they were born too soon.

More power to her, although I think if I’d taken in $27 million (maybe $18 million after taxes) I’d be inclined to cash out of life

The people who do the kinds of things that earn that kind of money don’t want to sit by a lake and write. She’s doing what she loves and wants to do more of it. Your fantasy is yours but she is living hers.

I really enjoy a reoccurring segment she does on twitch where she reviews unban request. I’m always impressed how she handles these horrible trolls with grace and humor.

I watch some Twitch myself, and while I can’t say I’ve seen Amouranth, I can say that while good looks can help, it’s a streamer’s personality and interactions with their audience that can make or break a channel. It’s not an easy thing to grow a huge community like hers-- there’s a ton of competition for viewers. It takes dedication, persistence, loads of effort, and endless patience to deal with a sea of shitposters and trolls. (I mod for a channel myself, and I’ve seen all manner of hateful garbage in chats and unban requests-- seriously, it gets bad. I can only imagine the volume of nonsense she and her mods have to deal with.)

If she’s found a way to make Twitch and OnlyFans work for her, then… good. It’s a tough job, and we all do what we can to survive under capitalism.

would most of them be savvy enough to monetize themselves the way she has though? Instead of being monetized by a dude who gave them a paltry sum? I’m going to go out on a limb and assume she’s smarter than your average playboy model unless she has a manager that’s taking a lions share of the money.

I have never watched anything on Twitch before. Where do I start?