With every new story it becomes clearer that Musk never met a fascist he didn’t like. 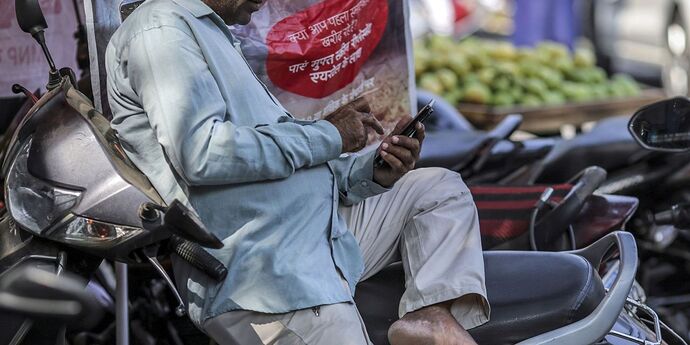 Human-rights groups say they’ve seen a rise in anti-Muslim material on the platform, while Elon Musk has said Twitter should be more cautious about banning users.

Wait, are we talking about censoring tweets in India, or in other jurisdictions too? Those are two very different stories.

That was my question as well. If the former, it’s still gross, but it’s something that all tech and media firms have decided they’re okay with, given that they really like being in countries with a growing middle class. If the latter, then it’s either lazy or awful.

and @bobtato It’s in India at the specific behest of the Indian govt.
Even the Indian govt doesn’t get to censor tweets elsewhere (that’s Musk’s job /s)

The only part of this story that’s a trifle surprising is that Modi would want availability of a piece about his pogrom credentials interfered with. It had been my, admittedly layman’s, impression that he had given up on being cagey about that and playing the pro-business moderate some years ago.

He wants the story presented on his own glowing and positive terms as a heroic action. I doubt this BBC documentary did that.

Musk sure is going out of his way to perpetuate the stereotype that South Africans are racists.

Not defending Musk at all, but if Twitter, Youtube, etc… didn’t comply with government-mandated censorship, they would have their entire service blocked in those countries.

( @orenwolf, comment link on this and Hollingsworth Hound, as Scrooge, in "A Q-1 Carol" | Boing Boing seem to be broken. they lead back to the article page again for me.

also, an off topic question: is the new shorter blurb format of the blog page here to stay? )

Not defending Musk at all, but if Twitter, Youtube, etc… didn’t comply with government-mandated censorship, they would have their entire service blocked in those countries.

If information of critical interest to the citizens of those countries (i.e. your leader participated in a gorey genocide) is being censored, maybe they shouldn’t be doing business in those countries.

I sometimes wonder what would happen if one of these immensely popular services – especially the ones owned by self-described free-speech absolutists – announced to the citizens of India that “due to your government imposing political censorship on us, we are temporarily suspending operations in your country. If you miss your funny animal videos, please write your political leaders”.

Yes, these countries can block the platforms. But the platforms, if they actually care about more than the advertising revenue and endless growth demanded by capitalism, can also block the countries.

you answered your own question. Those platforms wouldn’t survive if they did something like that. Their investors would tear them apart.

Most of these platforms would still be multi-billion-dollar businesses and survive even if they did no business in India or China or Russia. Investors would still buy shares in their companies.

maybe they shouldn’t be doing business in those countries.

they would have their entire service blocked in those countries.

And very much what @gracchus said

"due to your government imposing political censorship on us, we are temporarily suspending operations in your country. If you miss your funny animal videos, please write your political leaders”.

the platforms, if they actually care about more than the advertising revenue and endless growth demanded by capitalism, can also block the countries.

ETA also very much to the point is that many of these political leaders rely somewhat on these platforms for getting their own propaganda out there. If the platforms did what is suggested above, these leaders may also find this more than a tad inconvenient. Howling masses blaming them, and no way to get a counter-message out as effectively.

FETA what would be even better would be if the platforms deplatformed the govt (like they did with Trump). Masses keep their furry animal videos and if govt tries to ban platform in return, masses know exactly who to blame, and why.

not defending Twitter at all, but this is a very slippery slope. Even other western countries have different rules than the USA does so at what point do we say that it is ok to override the India Government but not override the UK or German Government.

There is no simplistic answers to this.

Why is it okay to ban evidence of genocide? Ever?

It’s actually not hard at all. You make moral decisions. As opposed to doing whatever it takes to grow your business as large as possible and to be everywhere in the world.

India for example is trying to cover up a genocide while Germany is trying to ensure that one is not forgotten or papered over. One of those countries you should not be doing business with

Twitter has been down that path before, when they told Muhammadu Buhari that insinuating a repeat of the war crimes and ethnic cleansing of the Nigerian Civil war against his opponents was a ToS violation and ended up getting banned(for ‘activities that are capable of undermining Nigeria’s corporate existence’; as announced by an official on twitter…)

The ban was more or less as legally well-founded as one would expect from the Buhari administration; but the local authorities ended up grinding at least some symbolic concessions out of twitter; I’ve not been able to find any details on the breakdown between ‘food for the press release’ and ‘actual increase in operational control’; but it wasn’t overall a shining instance of public demand for cat pictures winning the day.

(edit: in what struck me as a rather dubious take, especially when twitter had already banned Trump outright for ToS issues, and Buhari got just his single tweet removed, some even made the case that twitter’s ‘please no genocide threats on our website, kthnx’ policy was brutal neo-colonial arrogance ‘even more problematic’ than the legally unfounded ban.)

That’s a slightly different case, where the country’s government banned a platform, rather than vice-versa. But your point about citizens not getting upset about it is valid. How long did the ban on Twitter there last before the company caved?

some even made the case that twitter’s ‘please no genocide threats on our website, kthnx’ policy was brutal neo-colonial arrogance ‘even more problematic’ than the legally unfounded ban.)

There are always Useful Idiots willing to fall for crocodile tears shed by those who support genocidal and authoritarian regimes.