Twitter users answer the question: "When did you become radicalized by the U.S. health care non-system?"

Having grown up in poverty, I knew full well the horror of our profiteering healthcare system, where insurers - assuming you were lucky enough to have one - were likely to simply drop you from their rolls once you became actually ill rather than paying out for the healthcare you had bought for years. ACA itself, though a significant step forward in terms of preventing providers from doing such things, still falls woefully short of the system we deserve (and yes, we can afford, given how much we already pay for work and private insurance as a nation). There are simply some things that should never be on a corporation’s profit sheet, and one of them is your health (or lack thereof).

I read some of the thread. It breaks my heart to see how little things have changed since Hillary Clinton first took up the mantle of healthcare reform in the early 90’s during her husband’s administration. And some things are even worse now, as pharmaceuticals have become the new profit margin for companies who buy up small manufacturers of older, life saving products, and then jack the prices into the heaven’s, forcing folks to have to choose between their insulin and their rent/food/electricity.

Medicare for all is the right way to go for our nation.

and yes, we can afford, given how much we already pay for work and private insurance as a nation

And how much y’all pay for other things.

The US military budget has increased by $100 billion/year since Trump took office. With substantial bipartisan support.

That’d pay for quite a lot of insulin.

I just wanted to repeat that.

The financial and emotional and career costs associated with private health insurance are far higher than any increase in personal taxes to cover single-payer universal would ever be – with worse outcomes.

That should be stating the obvious, but hard personal experience seems to be the only way Americans can cut through a half century’s worth of right-wing propaganda to realise that the current system benefits corporations, their executives, their shareholders, and various middlemen over everyone else.

Medicare for all is the right way to go for our nation.

And by “all” we mean not just for the “deserving” or people with the “right” nationality or ethnicity. Some American and even European Identitarians may support single-payer health insurance, but not universal (because it’s well-known that epidemics care about skin colour and citizenship status as much as they do about gated communities or ethnostate borders).

How many times must we sound the alarm?

This is the real reason most Americans file for bankruptcy

Two-thirds of people who file for bankruptcy say medical bills or other issues related to illness contributed to their financial downfall. One big reason: their health insurance wasn't enough.

or sound the alarm re what the Cult45 and neocons are trying to repeal:

Dig Deeper: What You Need to Know About America's Health Care Crisis

The Supreme Court is expected to deliver its ruling on the Affordable Care Act (ACA) within the next two weeks, a decision that could possibly overturn the health care reform bill passed in 2010 that has been a cornerstone of the Obama presidency.

The Atlantic asked this question in 2010:

… and the verdict is in, at least at Consumer Reports which usually does its homework and is typically free of BS:

How the Affordable Care Act Drove Down Personal Bankruptcy

Since the Affordable Care Act was introduced, the number of personal bankruptcies has dropped in half, a Consumer Reports analysis found.

ETA: added context for a bit of clarity

This points to a lack of compassion in the US. It only matters if it’s personal.

This points to a lack of compassion in the US. It only matters if it’s personal.

That’s in large part the result of all that Libertarian propaganda, which has glorified individual selfishness since 1980. The main reason that we’re starting to see ideas like “Medicare for All” finally gain traction is because of demographics: the generation that in large part accepted and then sustained the gospel of greed has aged into that phase of life where almost everyone is affected by health issues.

I haven’t lived in the US since 2008. I’m open to returning, but the main reason I haven’t given it serious consideration is the broken healthcare system. The NRA and, to a much lesser extent, telco monopolies figure into it as well, but healthcare is a dealbreaker for me. It’s amazing how efficient health care – and particularly preventative medicine – becomes when the people deciding your fate don’t have a financial stake in the decision.

American exceptionalism … and not in a good way.

Michael Moore’s “Sicko” opened my eyes quite a bit. I especially remember the scene in a NHS clinic where the clerk is explaining to Michael that the pay window is for reimbursing people for bus fare, etc., not for payments into the system (which are not made).

My personal experience has not been horrific or life-threatening, but I do remember my spouse being injured in an auto accident. Because there were two insurance policies covering this, one through the auto insurer and one through Blue Cross, it took about 9 months of phone calls, emails and letters to get the bill paid. The hospital did “aspirational billing,” where they sent a bill for $10,000 or so, and they were insisting that bill should be paid, meanwhile the insurances were fighting and not getting that adjusted to an in-network amount. I am a real believer in single payer now.

refuse to cover lifesaving treatments by classing them as “experimental.”

Canadian healthcare won’t pay for unproven treatments either and some will travel to other countries for treatment. 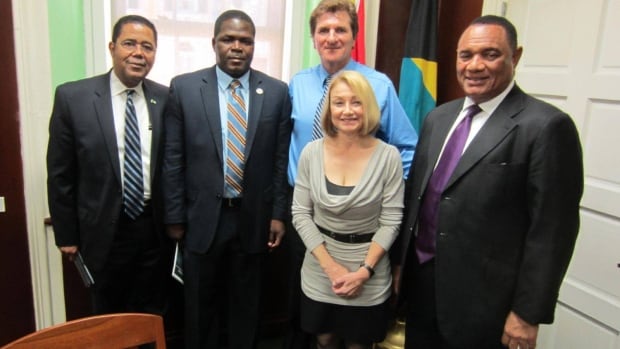 Dr. Susan Krause has been barred from practising medicine for a year by the College of Physicians and Surgeons of Manitoba after an investigatory panel found her guilty on eight charges, including professional misconduct and demonstrating...

Identitarians may support single-payer health insurance, but not universal (because it’s well-known that epidemics care about skin colour and citizenship status as much as they do about gated communities or ethnostate borders).

For America to really confront the enormity of its healthcare situation, it’d also have to confront how it was possible to not see this before. I am fairly sure it’s the latter that is the sticking point.

The whole defining idea of America is that you are the nice people who left behind the nasty people in the rest of the world. To suggest that Americans could act out of spite or pettiness is to attack America itself. It cannot be that Americans reject universal healthcare simply because they don’t want poor people to have it. So there must be some other reason. Except there isn’t. And ruling out the truth makes useful debate very difficult.

Even if it’s as simple as having two identical versions of medicare, but one is called Turdcare for Losers, and the other is called Ultracare Platinum and only available (at the same cost) to people with a certain income – I think that alone would satisfy a lot of people’s reservations.

Okay read through Twitter willingly for the first time ever, and for maybe 40 minutes no less.

Jesus fuck that thread is depressing.

2 insurance companies suing a rape victim with five stab wounds and a broken neck to avoid paying for her treatment by saying she was unduly enriched by the experience (how??) was what threw me over the edge.

One that made the best point about America and people who scream this is the best country on Earth explained how much easier life is in Amsterdam.

Took my son to the ER yesterday for a few stitches…left $1500 dollars poorer.

The US is only a first world country by the standard of its military. By every other standard its a third world shithole.

Canadian healthcare won’t pay for unproven treatments either and some will travel to other countries for treatment.

That’s a bit of a false equivalence. In Canada, what doesn’t get paid is experimental treatment (which is supposed to be funded by the research study; if it’s not part of research study, it would be unethical). In the US, insurance agencies classify well established therapies, like pacemakers or insulin pumps as “experimental” when they don’t feel like paying for them.

Survive cancer, and I bet you’ll be MediCare for all after that, for sure.

To suggest that Americans could act out of spite or pettiness is to attack America itself. It cannot be that Americans reject universal healthcare simply because they don’t want poor people to have it. So there must be some other reason. Except there isn’t. And ruling out the truth makes useful debate very difficult.

In my opinion there’s another reason, namely the widespread idea that public it’s bad and private is good so a public free service it’s worthless. The idea that a state controlled service could work and that people in public service are lazy slackers is intertwined with the liberist ideas.

In Italy happens with healthcare and also in schools, but the truth is that inmost cases the public-owned service is better than the private one. Yes in the public school you have to play basketball in a concrete field outside instead in a nice wood field inside or that the cafeteria had only two kind of sandwich, but teachers are normally better.