U.K. citizen arrested in Japan for dumping trash in mailbox

Not a ton of them but more than i expected since i knew not to expect to have access to them. I saw a few at some train stations and more by parks/temples. But my recommendation is to not make the assumption that you’ll ever see trash cans and bring a bag, tote or backpack with you.

Would really love to go back to Japan, and i kind of no-so-secretly would like to live there but i feel like i’d need to learn the language first

some day when i can afford classes…

It was just a trial for DeJoy’s new USPS overhaul. 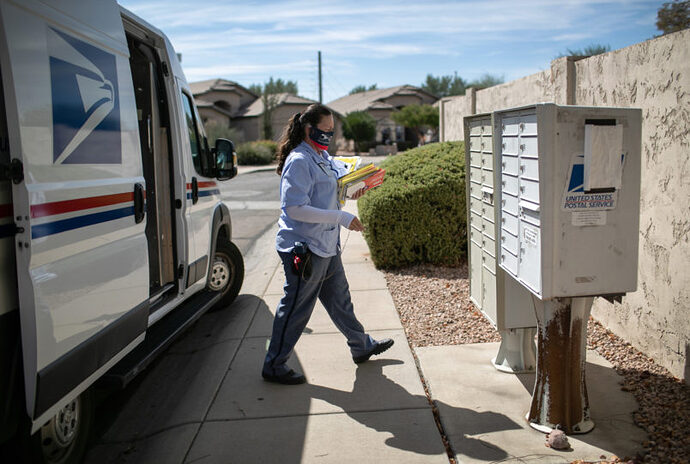 Postmaster General Louis DeJoy smiled to his web camera Tuesday as he heralded a new era for the United States...

If Mr Tanaka is claiming to be a clueless foreigner who didn’t know any better, he probably won’t get very far.

I can’t assume that all people of Japanese descent – who are not Japanese citizens – speak or read Japanese. However, my husband went to Tokyo in 1997 and he was floored by the amount of English signage in that city. A quick glance at the photos posted on Google maps shows that Kamakura has signs in English, so I’m thinking he’s being a shit.

My sister said that a friend of her once put her mail in a trashcan and was angry when she realized that the parcels never reached its destination. I have to admit that the trashcans in Dublin look like fancy mailboxes. 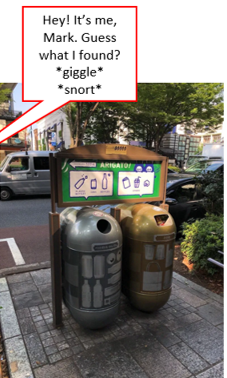 Also, it is true that in Japan there are perhaps not as many public trash cans as you might expect but…
Most convenience stores (and there are A LOT of those) have some outside. You can even do a GIS to see what I mean. So that person was just an inconsiderate twerp.

Would really love to go back to Japan, and i kind of no-so-secretly would like to live there but i feel like i’d need to learn the language first

some day when i can afford classes…

I lived in Tokyo for 5 years and my nihongo is near non-existent so it is possible if you are in the main cities.
I highly recommend living in Japan!

So uh, how drunk was he?

Also, the openings/slots on post boxes in Japan are not that wide. You can’t just casually drop something in there.

Yeah there’s no way this was an honest mistake, especially if he was a repeat offender as suspected. The shape and size of the box, the narrow slot clearly designed to deposit flat objects, the pickup timetable printed directly below the slot and the big bold text reading “POST” would make it almost impossible for any functional adult to confuse this for a trash can.

I lived in Tokyo for 5 years and my nihongo is near non-existent so it is possible if you are in the main cities.

While YMMV, I’ve found Duolingo to be a great way to pick up Japanese. I’d give it a look; definitely cheaper than classes and you know, at the price of free whaddya got to lose? Could say more but I’m already feeling like a shill.

Anyway, I’m right there with you in terms of wishing I could figure out a way to live there. I’ve got the linguistic chops to travel and teach English, but am at a point in my life where I’ve got two kids and not a level of fluency for a workplace. At least as far as I know ( if anyone’s got tips, I’m all ears )

One thing about living and working in Japan is that the kinds of jobs that are in demand and don’t require fluency in the language (programming, anything STEM etc.) don’t pay the kinds of salaries that you would expect in the west. Entry level positions more or less pay the same regardless of what the work involves. People in IT make about the same as people in sales or HR or R&D. As a translator, my work is extremely specialized and not the kind of thing just anyone can do, but I don’t make any more than anyone else of my age and rank in the company. Pay increases are tied to seniority and rank (as in having subordinates), so people from the west starting out in skilled professions may be surprised at how low the starting salary is (we’re talking less than 40k per year for software developers). This is something that keeps a lot of westerners from seeking long-term work here.

Not to discourage you. Things like healthcare and benefits (your employer pays your commuting costs for example) make Japan an appealing option, but it’s not easy if you’re already mid-career.

Thanks for the response. The info isn’t a huge surprise but I appreciate getting confirmation that I’m not off base with what I’ve heard so far.

Big up to you for working as a translator! If we were chatting face to face I’d ask if you started as an English teacher and worked your way up while in the country or if you started with that, but I think that’s overstepping the bounds of forum decorum. Hope life is treating you well.