U.S. and Germany to send tanks to Ukraine

Originally published at: U.S. and Germany to send tanks to Ukraine | Boing Boing

The link from the blog post to the BBS doesn’t work. 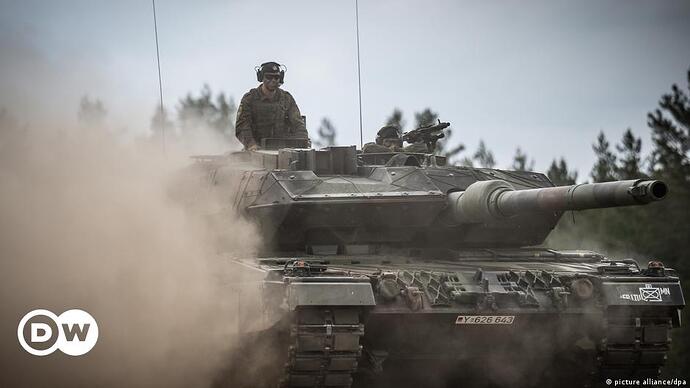 Germany has approved the deployment of Leopard 2 battle tanks to Ukraine. Berlin will send some of its own Bundeswehr stocks, and will also approve exports of the hardware from third-party allies. DW has the latest.

After basic training it doesn’t take a very long term to learn how to drive an M1 Abrams tank, to load and fire the main gun and auxiliary systems, radios and crew-served weapons, and to perform basic maintenance. Thats just enough knowledge not to be totally useless when you get to your first duty station.

After that comes years of learning from more experienced soldiers at your duty station. Much of this is extensive gunnery training, short duration exercises at the platoon and company level, then larger combined-arms exercises at the battalion level. Tank crew learn to operate their equipment in austere environments, learn platoon and company tactics via doctrine and more experienced soldiers, and much more advanced maintenance.

Each tank company has a Master Gunner, (not to be confused with a similarly named USMC rank) who is an expert trained on all aspects of the fire control system and serves as an advisor. Thats a lot of training too.

All of this takes time, mostly learning from experienced senior personnel. I don’t know what state the Ukrainian armor corps is in, whether they still have sufficient crews sufficiently trained in their local doctrine to put the M1 to effective use. If they still have those folk they’ll be in good shape. If not it will be a steeper hill to climb.

None of this addresses the supply and logistical systems needed. Tank crews are only effective if maintenance can keep up.

[Caveat: doctrine will still have to change. You dont use an M1 in the same was as you would a T-62 for example]

Serious question - What function will tanks serve? Defensive, offensive, both?

I only ask, cos the last time I saw tanks featured on the news, it was invading Russian tanks getting comprehensively flattened by Turkish drones. That seemed to me to that maybe the days of tanks were in the past. Admittedly, those tanks were all lined up on a road, sitting ducks.

They’re usually used for offensive breakthroughs but I’ll let our tankers answer that.

Whatever the answer, the purpose of the Abrams was to light a fire under Germany’s arse and give them cover.

A tanks main strengths are mobility, fields of fire, and crew protection. If you are trying to push back enemy armour across miles of terrain in the absence of airpower, you need tanks.

The Javelins are fine man-portable antitank systems. But a two-man Javelin crew can only carry three of them, move slowly across terrain, and are exposed the whole time. If you need to move a few miles to attack a number of tanks, then Javelin won’t cut it. An M1 can carry a lot more than three rounds.

Tanks are still susceptible to drones, but the Russian failings were doctrinal. They left their tanks in vulnerable positions rather than in an appropriate defensive posture.

Admittedly, those tanks were all lined up on a road, sitting ducks.

The Russian tanks were advancing without support from infantry or anything else. Their failure to execute combined arms operations led to overexcited analysts declaring that the tank was dead.

Kremlin says tanks will ‘burn like all the rest’

The Kremlin has downplayed the impact that western tanks will have in repelling its forces in Ukraine, saying that the military aid to Ukraine would “burn like all the rest.”

In remarks to reporters on Wednesday, Kremlin spokesperson Dmitry Peskov called the expected transfer of Leopard 2 and Abrams tanks to the Ukrainian army a “failed plan.”

“This is an overestimation of the potential that this will add to the Ukrainian army,” Peskov told reporters during a daily conference call.

“These tanks will burn like all the rest,” he continued. “They are just very expensive.”

The remarks by Peskov came just hours ahead of formal announcements in Berlin and Washington that Ukraine’s western allies would greenlight transfers of Leopard 2 and Abrams tanks to the Ukrainian military.

The announcements will end a monthslong logjam over the transfer of sophisticated weapons to the Ukrainian army.

Peskov said that the diplomatic wrangling over the deliveries of the tanks showed that Nato was divided in its support for Ukraine.

“Clearly, not everything is going smoothly: it’s not going smoothly within the alliance and with the availability of tanks,” Peskov said.

European countries could supply dozens of Leopard 2 tanks to Ukraine in the coming months, while the United States appears ready to begin a process to send dozens of its M1 Abrams battle tanks to Ukraine, US media have reported.

The Russian embassy in Germany has accused Berlin of abandoning its “historical responsibility” to Moscow and of taking the conflict in Ukraine “to a new level of confrontation”.

This extremely dangerous decision takes the conflict to a new level of confrontation and contradicts the statements of German politicians about the unwillingness of the Federal Republic of Germany to be drawn into it.

It destroys the remnants of mutual trust, causes irreparable damage to the already deplorable state of Russian-German relations, and casts doubt on the possibility of their normalisation in the foreseeable future.

The decision to approve the delivery of Leopard tanks to Ukraine means the “final refusal” of the German government “to recognise its historical responsibility to our people for the terrible, timeless crimes of Nazism during the Great Patriotic War, and the consigning to oblivion of the difficult path of post-war reconciliation between Russians and Germans”, he continued.

With the approval of the leadership of Germany, battle tanks with German crosses will again be sent to the ‘eastern front’, which will inevitably lead to the deaths of not only Russian soldiers, but also the civilian population.

I’m wondering if this is some kind of turning point in this war? Is it?

It seems to be an explicit acknowledgment that the Ukrainians are about to go on the offensive in a much bigger way.

True, but are there other consequences that we’re not seeing? Russia is certainly making bellicose noises in opposition - not that I put much stock in that, given how poorly they’ve executed this war thus far, and I don’t think that’s likely to change… but what about them being desperate? Could they do something supremely stupid, maybe, that does expand the war to NATO proper?

Also, has anyone seen Putin since Zelensky intimated that he might be dead?

They left their tanks in vulnerable positions rather than in an appropriate defensive posture.

Yeah, they were in a victory column formation fit for a parade through Kyiv and instead had to make the highway shoulders a parking lot. I believe this formation is called “hubris”.

This Russian commentary on Leopard tanks being supplied to Ukraine has a smell of false bravado. The Ukrainians are very motivated and will use well maintained, high performance tanks to great advantage. The Russian troops are unmotivated and will not enjoy effective superiority in the battlefield against Leopards and Abrams battalions.

None of this addresses the supply and logistical systems needed. Tank crews are only effective if maintenance can keep up.

That really is the rub with a lot of modern weapon systems, isn’t it? They may not get the glory, but the mechanics, engineers, and computer people really keep a military operational.

Also, the Abrams runs on jet fuel, doesn’t it? Another logistics issue so you don’t have one out of fuel on the front line.

Caveat: doctrine will still have to change. You dont use an M1 in the same was as you would a T-62 for example]

As I understand it, that is why Russians have been losing so much armor, their doctrine on how to use them sucks and leaves them open to anti-tank weapons like Javelins.

Also, the Abrams runs on jet fuel, doesn’t it?

It is a multi-fuel turbine. It can run on gasoline, diesel, jet fuel and other flammable fuels. 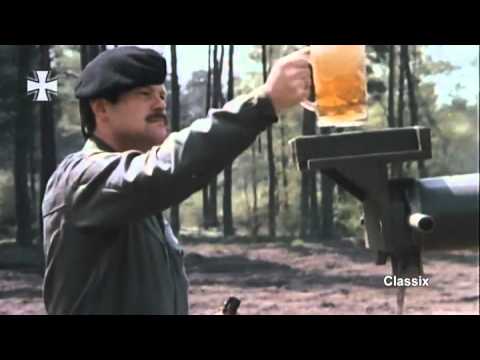 That’s a great video that ought to make the Russians very worried. Those things can do 70kph and shoot accurately at that speed.