This is completely unsurprising, given that the prominent public face of American Christianity is right-wing evangelicalism.

I wonder how many people got used to not going every Sunday due to Covid and won’t end up going back. Like, they realized it was more of a habit than anything else.

Attendance is different than membership Rob. One doesn’t have to be a member to sit in pews.

given that the prominent public face of American Christianity is right-wing evangelicalism.

Which, of course, is not even remotely the majority of Christians, either.

It’s a shame that they dominate the narrative, because people being part of something like a church can be a positive and the church in America has not been all negatives, either. For many people, there isn’t any sort of social replacement for the role church can play in their lives, and so far too many end up just being isolated, after leaving their religious groups.

As much as they might want to, the Xtianists can’t just cheat their way out of dealing with the decline in attendance like the GOP is trying to by undermining voting rights. They might instead embrace being abandoned by becoming even more insular and hardcore in their denial of reality. We’re seeing early signs of this with certain Y’All-Qaeda terrorists

Anyhow, good to see that more Americans are abandoning organised religion in general. Community and good works can come through other secular avenues, like the Sunday Assembly movement.

A challenge for the non-religious is understanding that “hypocrisy” is irrelevant to all this and that evangelicals laugh when that is brought up, the way partners in personal injury law firms do when people call them “ambulance chasers”. It tells them that you are interested in the appearances of things, and that they are free to work on the substance.

True, the adult evangelicals are so debased and cynical that they don’t care anymore. But bringing it up to young people is still a good way of making sure those numbers keep trending downward in the right direction.

When the churches started worshiping wealth and power and adopted Donald Trump as their messiah, they should have expected a decline.

My perception is that many people switched from religious devotion to devotion to Trump. It’s not an improvement.

It might be prudent to keep in mind that this doesn’t necessarily a reduction in religiosity, just a difference in self-classification. Growing up with religious relatives, I would sometimes hear grumbling about an opinion that was disagreed with, but no one thought to entirely leave their church because of it. Nowadays, folks drop their churches in droves if they hear something they don’t like one time. So, maybe religious attendance really is dropping, or maybe religious people just don’t like to think of themselves as being beholden to a single organization.
What would be informative would be to learn how people involved in right-wing “cultural” movements like the Oath Keepers classify themselves.

I was just having that thought yesterday while driving past some churches. “Man, these guys are gonna be hosed when all the seat fillers who just came out of habit pre-Covid continue NOT coming out of habit after this is over…”

right-wing “cultural” movements like the Oath Keepers classify themselves.

I’m guessing many of them align with the Christian Identity movement, the “religion” of white nationalism/supremacy.

We can only hope that this trend continues, and that religion is one day consigned to the insides of the heads of its adherents. Believe what you want, but keep me out of it, thanks.

There are also people who have a religious preference, but not a church one. 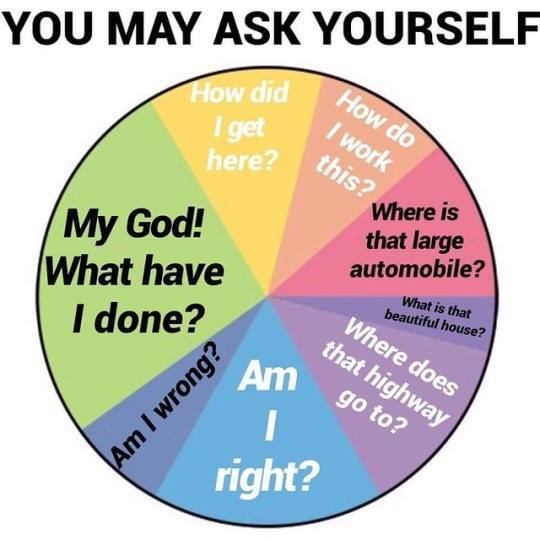 The Church of the New Wave…

With services at your local club that has an 80s night… After the pandemic, of course.

Not a surprise to me. It was all much easier to maintain when churches were able to keep their hypocrisy and internal failures a total secret. Now we have had years of exposure to pedophiles and cover-ups within the hierarchy of many, many church and quasi-religious institutions like the Boy Scouts.

There is no purpose to an institution that not only doesn’t live up to its own principles and dogma, it attacks those who attempt to expose the truths about it, and its failure to reform.