What are the reasons people are quitting?

I’ve known too many Christians…

The less fundie-extremists ‘walk the talk,’ the less appealing their fallacious rhetoric becomes.

The extremist christo-fascists have come to dominate the idea of what a “proper” Christian is and should be, when the reality is that there are lots of ways to be a Christian. I don’t believe the extremists are remotely the majority of American Christians, just a vocal, aggressive minority who are seeking to impose their faith on the rest of us. And part of the problem is that the media has just uncritically accepted that they are the “real” voice of American Christianity. I’ve been fighting against that tendency here as much as I can, because I think it’s pretty destructive, reductive, and means that those of us of a secular bent are missing allies we should be connecting with in this current fight for a better world.

a vocal, aggressive minority who are seeking to impose their faith on the rest of us.

part of the problem is that the media has just uncritically accepted that they are the “real” voice of American Christianity.

Exactly; unfortunately, that negatively affects how the entirety of the religion is perceived.

I grew up in a Christian Methodist church that was about as bland as the church in the simpsons, but the message was generally the good stuff about the message of love and forgiveness and no talk of hell or fear. Around the time I was in high school I was exposed to more evangelical groups who only seemed be very concerned with the part where you had to be indoctrinated under threat of eternal damnation. I moved away from home and eventually gave up trying to find any church that didn’t feel like they were brainwashing you. Then, it seemed like two things happened slowly and simultaneously. I was exposed to people with other beliefs and different lifestyles and the most vocal religious people became more extremely opposed to those things. I feel like somewhere buried in the Christian gospels those ideals of love and forgiveness are still influencing me, but I’m generally disgusted by the people running things. And I see some of the flaws in the book too.

i don’t think anyone who specifically fights against the principles of social justice espoused by “Jesus Christ” should get to count themselves as a “Christian” at all, but maybe that’s just me.

The current crop of “christians” have forgotten what JC said. “Don’t be assholes.”

that negatively affects how the entirety of the religion is perceived.

but I’m generally disgusted by the people running things.

But again, even there, I think it’s a minority, just vocal one. That’s what happens when you tie faith so closely to partisan politics like the current GOP has done.

Exactly; unfortunately, that negatively affects how the entirety of the religion is perceived.

Who could predict that would happen? Oh, right, anyone who’s seen how Muslims are treated. 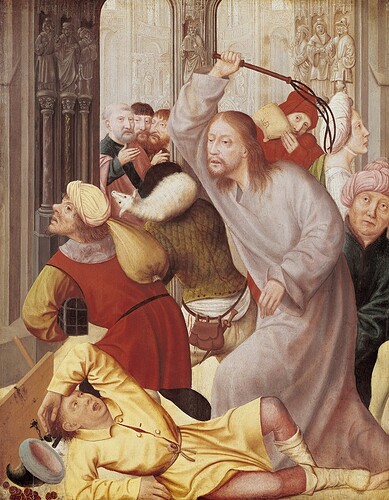 Who could predict that would happen?

It should go without saying that religion has long been used as a tool to control and oppress people throughout the world.

Extremism and fanaticism in any belief system is detrimental to human society as a whole.

Extremism and fanaticism in any belief system is detrimental to human society as a whole. 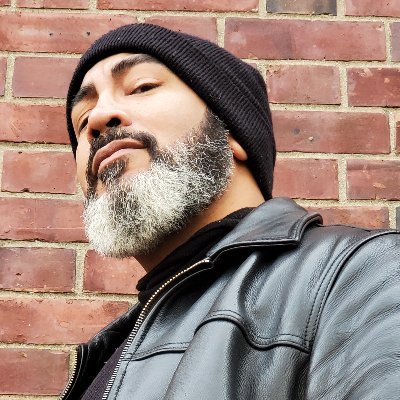 What are the reasons people are quitting?

Ask a bunch of “Christians” why they now hate rainbows.
That intolerance, cruelty, and hypocrisy is why a bunch of people are leaving the faith.

I’ll tell you why I stopped being a christian.

I came out as gay, and rather than “God made you this way and loves you” I had far more christians tell me that I couldn’t be a christian, that I have to choose, and that the Devil made me this way, not God, because God only makes good things and the devil only makes Bad things. And it wasn’t just evengelical Trump labeled christians, even moderate christians gave me the whole “Well, hate the sin, love the sinner.” It’s only the far leftist christians that seemed to accept me, but those are few and far between because frankly “love all, give away all, be like Jesus” isn’t exactly a money maker and thus can’t really grow big in this country.

In short, Yes, the vocal minority ruined it, and now I somewhat doubt if they’re the minority anymore because of the gatekeeping. The vast majority of people who voted for Trump identify as evangelical christians, and that means to me it’s FAR more than a minority of christians in the US.

That’s sounds very much like the journey I took from Christianity - right down to coming from a very simple form of Methodism that didn’t worry too much about ‘issues’ so long as you followed the key teachings in the gospels.

By the time I got to university I was starting to drift away from faith (it is hard to be a geologist and take the OT seriously), but it was the appearance of serious numbers of evangelicals with the closed eyes and hand waving and their insistence on reading literal meaning into what are clearly allegorical texts that finished me.

I have plenty of friends who follow a range of faiths and many times I wish I had something so certain to fall back on. I am glad they get some comfort from teachings and prayer and wish them well. But those people who claim to know the truth or seek to evangelise their faiths leave me cold.

That intolerance, cruelty, and hypocrisy is why a bunch of people are leaving the faith.

I still don’t think so. Again, I think they are the violent, vocal minority who have gained political power since the Reagan revolution.

But they are a minority of the voting public and an even smaller minority of the general public. I don’t think we do ourselves any favors when we assume that speak for the majority of the country and of Christians, when they don’t in any meaningful sense.

and that means to me it’s FAR more than a minority of christians in the US.

Sometimes a minority can have an outsized power in a society, especially when you have long-standing, sustained attacks on voting rights and years of political gerrymandering. As I said above, the media has not helped, in projecting the image of them being the “only” Christians, when the landscape of American christanity is incredibly vast, diverse, and far more complicated then people seem to understand.

But this is why, I’d argue, an embrace of secularism matters - not because all Christians are bigots and that they represent all Americans. But because a minority religious group can find ways to impose their bigotry on others with the right access to political power. The problem here, more than anything else, is that weaponization of faith in the service of political, economic, and social oppression.

Good. Maybe in the next few generations humanity can outgrow belief in superstitious nonsense. We’re WAY past the point of “what’s the harm?”. I will never understand why the “good” Christians continue to hitch their wagon to the same belief system as their bigoted counterparts. Just be a good person- you don’t need to believe in a bearded sky man to do that, and doing so only helps give false legitimacy to the absolutely batshit cult that the hateful side of Christianity has become.