Tuesday, May 20, 2019 reported that NORAD intercepted Russian bombers and fighters entering Alaskan air space on May 20, 2010.

[ETA] Also, also… this also seems designed to drum up support for US recruitment as well. And if this regularly happens, why isn’t it regularly reported? Why now, at this moment, has this popped up on CNN, if not the advertise the dangerous and exciting work in the US Air Force?

I have intersecting and confused alarm bells going off here, which is likely the intention on all sides!

The Russians are much bolder when it comes to European airspace

I’m guess the Dutch don’t have nukes at their disposal… But I’m not surprised, since Europe is closer, so it’s likely cheaper to pull such things there instead of out in Alaskan waters.

at no time did the aircraft enter United States or Canadian sovereign airspace.

The Russians are much bolder when it comes to European airspace: 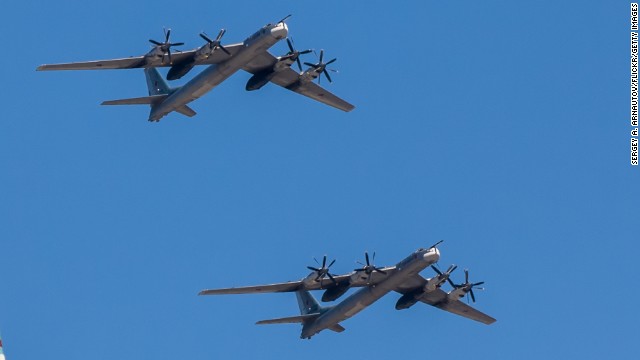 Dutch fighter jets scrambled Wednesday to intercept a pair of Russian military aircraft that entered its airspace, an act a Dutch official called "not unusual."

We borrowed some of yours

It is believed that since the early 1960s, USAF nuclear weapons have been stored at Volkel Air Base, to be used by the host nation's aircraft. Formerly, storage took place in a weapon storage area on the north side of the base, and in a heavily defended quick reaction alert (QRA) area; however, since 1991, eleven WS3 Weapon Storage and Security System vaults are operational in the floors of the aircraft shelters.[citation needed] The USAF 703rd Munitions Support Squadron (703rd MUNSS) is in ch

Oh, that’s where we left that thing! Well, you better take care of it… you know how dangerous nukes are!

This is not at all surprising. and really nothing to get too alarmed over. We play our games, they play theirs.

I’m not sure the 80s ever really finished.
Nena, anyone?

Those Russians wanted to defect, they told me so.

We play our games, they play theirs.

And almost half of all pop songs from the 80s, too… 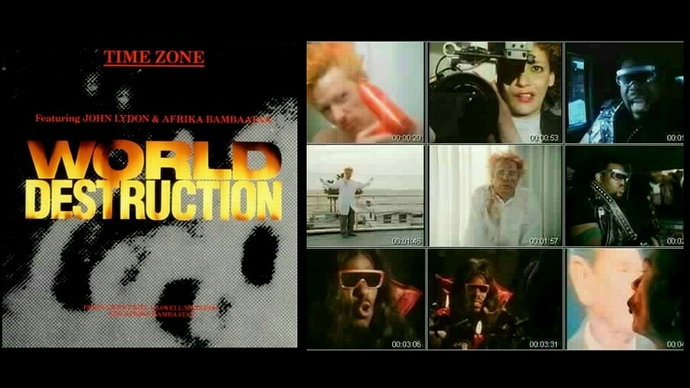 We’ve had mention of Hey Mickey, Safety Dance and now even more appropriately 99 Red Balloons. Must be the oldies in tonight

Wish the news was more current, though, I didn’t enjoy the Cold War the first time around…

They were feeling cute, might check back when we’re distracted with Iran.

Wow. The Russians are STILL flying the Bear???

Here is an intercept photo from the 60s. 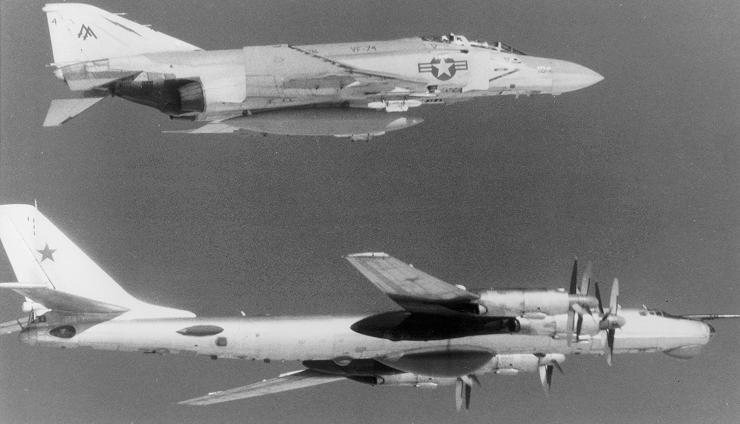 Wish the news was more current, though, I didn’t enjoy the Cold War the first time around…

There’s nothing in the streets
Looks any different to me
And the slogans are replaced, by-the-bye
And the parting on the left
Is now parting on the right
And the beards have all grown longer overnight

Meet the Cold War, same as the old war.

Must be the oldies in tonight

Not oldies! Most of those songs were from the 80s, which was only 30 something years ago!

Seriously, though… I keep remember things from the 80s and 90s, and thinking that it wasn’t that long ago, and then realizing, well actually…

What does it for me is the realization is that the Berlin Wall has been down longer than it was up.

TFW the songs you listened to turn up on the GTA5 Classic Rock station and it puts you off stealing your money back off that hooker and makes you rethink your life.

Wow. The Russians are STILL flying the Bear???

Probably one of the few Soviet engineered planes that doesn’t crash that much.

First flown in 1952, the Tu-95 entered service with the Soviet Union in 1956 and is expected to serve the Russian Aerospace Forces until at least 2040.

Like its American counterpart, the Boeing B-52 Stratofortress, the Tu-95 has continued to operate in the Russian Air Force while several subsequent iterations of bomber design have come and gone. Part of the reason for this longevity was its suitability, like the B-52, for modification to different missions. Whereas the Tu-95 was originally intended to drop free-falling nuclear weapons, it was subsequently modified to perform a wide range of roles, such as the deployment of cruise missiles, maritime patrol (Tu-142), and even civilian airliner (Tu-114). An AWACS platform (Tu-126) was developed from the Tu-114. An icon of the Cold War, the Tu-95 has served, not only as a weapons platform, but as a symbol of Soviet and later Russian national prestige. Russia’s air force has received the first examples of a number of modernised strategic bombers in Tu-95MSs following upgrade work. Enhancements have been confined to the bomber’s electronic weapons and targeting systems.

ETA: nope…plenty of crashes. Looks like the engines have a nasty habit or either falling apart or exploding.