Brown, who is white, said he and others prefer as little interference from the federal government as possible because “generally we find they’re disconnected from what the culture and economy are out here.”

Huh. Arizona actually did this a number of years ago with one of the small mountains in the metro phoenix area, renaming it “Piestewa Peak” (along with the parkway that shared it’s name). I had no idea that other areas had something similar.

I mean, it’s about time.

One of the most frustrating parts is when people argue (inaccurately) “How can this name be offensive when we’re using THEIR OWN WORD??” and then refuse to absorb any new information explaining all the ways that assumption is wrong.

i remember when they did that. named it for (Lori?) Piestewa, the Navajo woman who was the first casualty of shrub’s Iraq war in 2003.
my employer at the time, a RW shithead was totally incensed by the very notion. it always made me smile to think he had to drive right past it on his way to his N. Scottsdale home!
take that, marcus!

“But I saw a real Indian use it in a movie, so it must be real!”

It really would be akin to someone naming something B**ch Valley. It isn’t a big ask.

They removed nearly 650 such names last September. This new announcement is just “cleanup” of a few unincorporated places.

Brown, who is white, said he and others prefer as little interference from the federal government as possible because "generally we find they’re disconnected from what the culture and economy are out here.

It really would be akin to someone naming something B**ch Valley. It isn’t a big ask.

I’ve run into too many otherwise rational people who get bent out of shape over changing offensive place names, sports mascots, and such. Their argument is always a variation on “I don’t understand why those people are upset. I’m not.” I’ve tried pointing out that of course they’re not upset–they’re not the injured party. That’s why you don’t see throngs of native peoples and African Americans protesting the renaming of S—w Valley and the removing of statues of slavers. The concept never seems to compute. To them it’s a bunch of foolishness over “just a word.” That’s the power of privilege, I guess.

Need to get gub’mint out of their racism lane!

These guys, formerly called oldsquaws, are now known as long-tailed ducks. They’re
a common sight off the Toronto beaches in the winter. 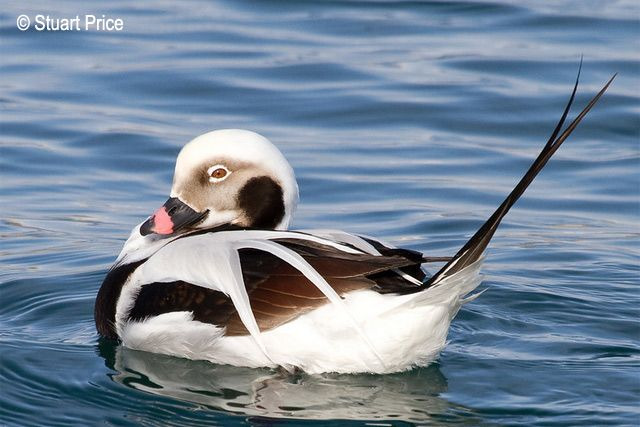 From Wikipedia:
“According to the Audubon Society Field Guide to North American Birds they can dive to 80 fathoms (146 meters or 480 feet). They are the only ducks that use their wings to dive, which gives them the ability to dive much deeper than other ducks.”

The penguins of the duck world, and deserving of a better name than their old one.

Genuine question: is “squaw” an actually offensive word in some Native American language, like the word for “female dog” in English (that BoingBoing doesn’t allow me to write), or is this more about how the word has been used by non-natives? I don’t think it really matters here, but I’m just wondering and couldn’t quickly find a good answer.

It’s a racial/ethnic slur that White colonists adopted based on a sketchy understanding of some indigenous languages. Via Wikipedia:

The word “squaw” is not used among Native American, First Nations, Inuit, or Métis peoples.[2][3][4][5] Even in Algonquian, the related morphemes used are not the English-language slur, but only a component part of longer Algonquian words that contain more than one morpheme.[8]

An analogy would be if some genocidal colonizing force took over Europe and started calling all the white women on the continent “Woms” regardless of what language they spoke.

I know I’m happy people are finally settling on Spongy Moth, so I can too. Now I don’t have to explain what lymantria dispar dispar or LDD moth is, to avoid being an asshole, by using (refusing) the old name, or having to explain it all.

Change is the only constant in nature, and that, sir, is why I’m calling you an asshole, and not a dick.

Do an internet search for that word and “etymology.”
aFAICT it was Algonquin and wasn’t offensive until, oh, about 400 years ago. So you’re right, it doesn’t really matter in this case what it originally meant. It means what it means now.
Good on Haaland for cleaning this stuff up.

aFAICT it was Algonquin

Per Wikipedia it was a morpheme within the Algonquian language but not an Algonquian word as such. So a bit like how English uses “Fem-” as a gendered prefix or “-ess” as a gendered suffix but neither is used as a standalone word to mean “women,” let alone women of a specific race or ethnicity.

the important thing is how the word is used today

Totally. I’m a bit of an etymology buff, so was interested in the origin, since the question was raised. And also completely missed your previous post that covered more of the details. Doh!

. The concept never seems to compute. To them it’s a bunch of foolishness over “just a word.”

and, my argument, if it was “just a word” then changing it shouldn’t matter. words are sounds with meaning. the meaning matters 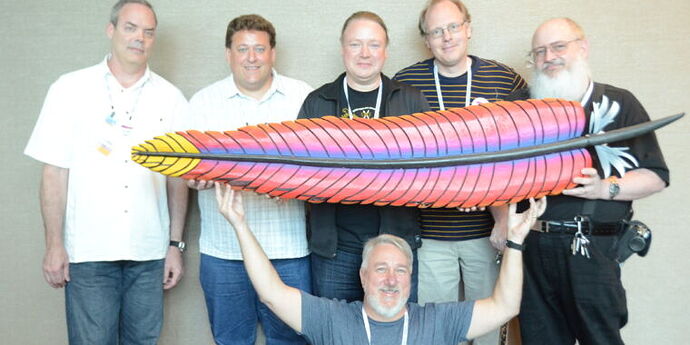 Identity as a "last tribe" is simplification and erasure, indigenous group says.

( i recommend avoiding the comment section. ars generally has pretty good conversations. not this time

They look a little like a bufflehead or hooded merganser, which are so fun to watch diving!