As Kennedy applied 'severe pressures to do something about Castro'

We’re believing the state department now when they claim of weapons use by a nation we’re hostile towards? Sure, it’s not like we haven’t done the this many times before only to find out it was a lie for the pretext of going to war.

You might not have noticed, but the current President doesn’t need pretext for anything.

Kim Jong-nam was in the airport in Kuala Lumpur when two women came up and sprayed a liquid in his face (there is video). Kim immediately reported to customer service complaining of dizziness. He was walked to the airport clinic where he had a seizure. He died in agony in an ambulance on the way to the hospital shortly thereafter. Kim was unquestionably attacked, and based just on the facts mentioned above it was strongly suspected that the liquid used contained a nerve agent.

Pretty sure the Malaysian police had this worked out within a week of the event. Nice of the Americans to check but I don’t think its going to change anything.

The US announcement was made to provide an excuse for sanctions, which were imposed in an attempt to sabotage/punish the Korean peace talks. 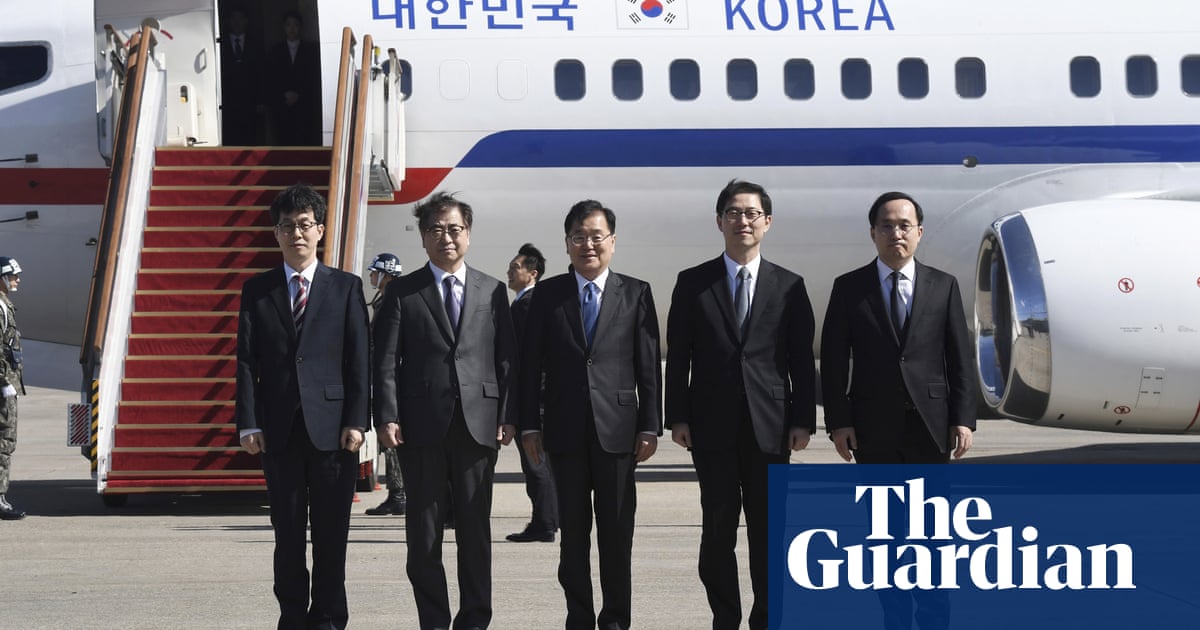 That is around the time when the current peace talks were announced to be happening.

The N Korean leader's half-brother was killed by a substance classified as a weapon of mass destruction.

Notice the date-- 24 February 2017. The North Korean agent was arrested the week before. The timing is solely in response to the peace talks to sabotage them.

So this news came out Friday, March 2. And North Korea is already subject to the sanctions that come with this pronouncement.

On March 4, North and South Korean officials met to discuss . . . discussions, I guess? And the outcome of those talks, which happened AFTER the State Dept.'s recognition of the use of VX gas, was that North Korea might be willing to denuclearize if Kim can remain in power.

Yesterday, Trump said he thinks North Korea is sincere in its desire to make a deal. Of course he would feel this way, because:
A) he will feel that this is his personal success
B) he believes anything a megalomaniac says

So I think the narrative implied here–that the Trump administration is trying to derail peace talks–is not currently correct. Right now, at this very moment, as I type this. But they will. Maybe before I can hit the Reply button.

OK, so sovereign state killed one of its own citizens and why do we care about this? The U.S. averages about 35 executions every year. Is it the manner? Is using a nerve agent on a single person any worse than dropping a bomb from a drone on a wedding party?
I know this may seem like whataboutism but seriously, do we have a leg to stand on morally here?

I think it’s in everyone’s best interest if President Trump has a private closed door meeting with Kim Jong Un, some of Kim’s friends, and the ladies from the airport incident with Kim’s half brother to talk about what happened. As everyone knows, President Trump is the world greatest negotiator. I’m sure the outcome of a meeting like that would benefit everyone on the planet.

I remember when the USA at least held a facade that all assassinations were illegal. Now all we can complain about is that they made it too easy.

“From looking at the news or Twitter, I believe President Trump is positive about the results of the North Korea visit (by South Korean officials),” Moon told political party leaders.
“However, as this is just the beginning, I believe we are not at a situation yet where we can be optimistic.”
Moon added he had no plans for an easing of sanctions.
“Just because there are talks ongoing between North and South Korea doesn’t mean international sanctions can be eased,” said Moon. “There cannot be an arbitrary easing of sanctions; we do not wish to do that and I tell you now it is impossible.”

All of the above.

Their agency is limited by US occupation, public diplomatic language seldom aligns with reality, and any peace deal between north and south will involve compromise between the two Koreas.

What Do Younger South Koreans Think of North Korea?

Moon's administration seems to have overestimated the young generation's appetite for outreach to North Korea.

I suppose that if one does not remember the dictatorship…