I’d like to see a source for banning abortion under sharia law. No Muslim country bans abortion, as the soul supposedly enters the fetus after four months.

May might not annoy the DUP, but all it will take is twelve Conservative rebels to stop their bigotry. I doubt that any of Labour/SNP/Lib Dem/Plaid Cymru/Green will support anything the DUP want.

I expect Theresa May will be relying heavily on two and three line whips to keep her party in line which will only make any rebels angry.

I’m not saying this is a completely unfair comparison, but it’s not quite apples to apples. First, DUP Views are something easily citeable through their policy manual or website, while Sharia Law is not a formally codified set of rules, and it has several different legal schools, not to mention reformist and traditional practitioners. Where Sharia stands on any of these questions will depend on who is doing the interpreting, though in general it seems to favour social and religious conservatism and in that sense it’s a fair comparison.

Although it hasn’t always happened in practice, Sharia law is not supposed to be imposed on non-muslims - that is a key difference between DUP views and Sharia, one that should not paint the DUP in a good light. I think the risk is that Sharia is upheld as a caricature bogeyman, and one that should give us fear of muslims in general. However I get the argument “If you think Sharia is the Bogeyman, how can you not think that DUP Views are the Bogeyman as well?”

For years we’ve been debating the question of how secular minority rights should be respected in light of a religious majority, but soon that question will be flipped on its head, if it hasn’t already.

I’d also like to see a source for sharia law stating anything about evolution.

Hmm… you’ve got a point there actually. First post edited.

In the aftermath of the latest attack she sounded almost like Erdogan.

Yes, but at the expense of line dancing?

I realise there can be sharia variations that differ from daesh, but still: 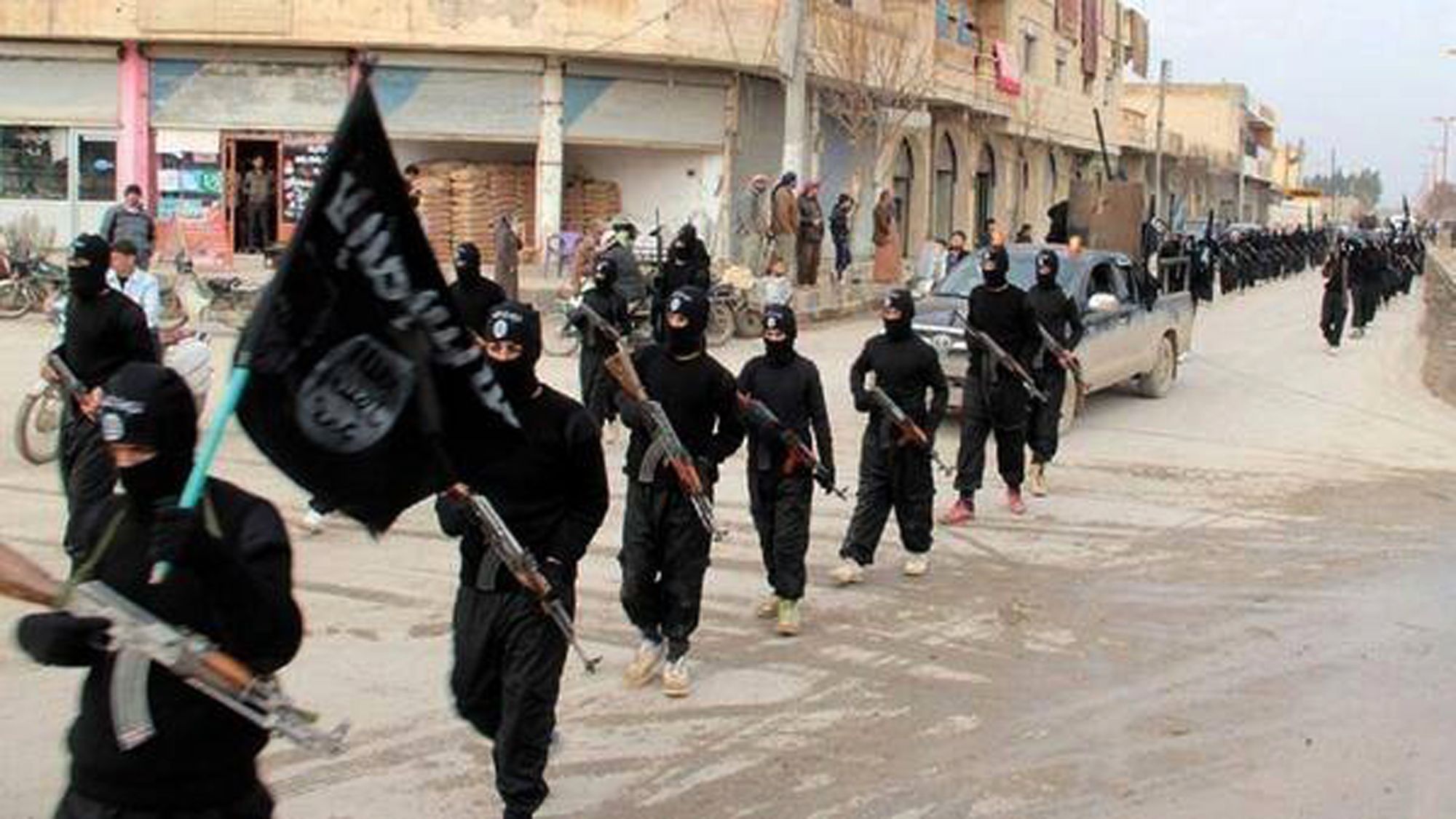 BAGHDAD (AP) — The extremist-held Iraqi city of Mosul is set to usher in a new school year. But unlike...

So, what are the chances that May can repair her massive mistake of last year, and invite a Labour MP to be a minister in the Brexit department, making it clear that Brexit is not a party political thing. Last year she could have got away with someone minor like Gisela Stuart; this time she’d need to ask Kier Starmer.
The amount of respect this would earn her is incalculable, even now.

Oh, wait, I forgot. She’s a Conservative, and an unimaginative one at that. The chances are exactly zero. Probably less than that, in fact.

From an outsider’s perspective, I think it’s high time folks stopped underestimating Corbyn. It seems like every time he’s challenged, he comes out ahead.

He went into the election campaign knowing that if anything he said could be spun by Dacre and Crosby, it would be. He stayed on message the whole time despite a major schedule of speeches and meetings. He sidelined Brexit as an issue. He made it about the NHS, about cuts to services and the police, and turned Conservative talking points against them. He demonstrated that very few people really care about Trident (and the ones who do, I suspect, haven’t a clue about nuclear weapons). He got May on the back foot* over terrorists and, without saying a word against Muslims, kept her there. He’s about the same age as I am and, frankly, I am astounded.

*cricket term, means she was forced to be defensive and was unable to anticipate the bowling.

He got May on the back foot

Thanks for the translation, though people in the U.S. basically say that too. Makes sense to me in terms of boxing.

Thanks for the translation, though people in the U.S. basically say that too. Makes sense to me in terms of boxing.

Hadn’t thought of that, probably because I have never had, and would never have, anything to do with blood sports.

The DUP bit is kind of killing my buzz right now.

I think the modern German election system has features in it designed to avoid this exact situation, i.e. less than 5% of the vote → zero seats.

Horse trading with minor parties is only good for democracy if nobody is crazy.

I realise there can be sharia variations that differ from daesh, but still:

DAESH’s worldview brings to mind the phrase “There is no alternative.”

The weirdest thing about the British parliamentary system is that when no one holds a majority, people act as if the party with the fewest seats has all the power. I mean, the Tories could bring in policies that were acceptable to Labour or SNP and get votes that way. There’s nothing stopping them from actually making good policy.

I think actual good ideas are kind of a casualty of the system, though.

I mean, the Tories could bring in policies that were acceptable to Labour or SNP and get votes that way. There’s nothing stopping them from actually making good policy.

So, what are the chances that May can repair her massive mistake of last year, and invite a Labour MP to be a minister in the Brexit department

This used to happen right up until after WW2. It was also common for Cabinet ministers to have the support of another party (e.g. Grey [Lib] was supported by Balfour [Con])
Two things happened, one of which was the dumbing down of the British press by Murdoch who deliberately tried to stir up trouble so as to turn politics into a spectator sport that his rags could report on in language understood by the CD social groups. The second was that Heath and Wilson detested one another, and that polarisation has continued. I can remember in the 1970s both the then Press Secretary of the Liberals and the person who is now Baroness Trumpington (Con) saying nice things to me about the other one. (For the record I liked both of them too. Baroness Trumpington is a bit of a national treasure and was at Bletchley. But I digress. A lot. Probably because today is a good day.)

Nowadays any support for the other side would be seen as a sign of weakness, especially after the shameful way Cameron exploited the Lib Dems (and for which Clegg has now paid.)

That’s similar to what I said above (about neutralising the Brexit issue) - but, like the US, we are badly tribalist and can’t ever admit that an idea from the “other side” is good.
There is a classic current example of this in fact. In 2015, the Labour party proposed challenging the energy companies and even having a cap on bills, and the right wing press went utterly mental, suggesting this was communist oppression. Less than two years later, the Conservative party proposed essentially the same thing, and the right wing press greeted it as the greatest idea since sliced bread.

(This is why I have never been able to bring myself to join a political party. Because I am prepared to judge ideas on their merits, not on which party proposed them.)

I think the modern German election system has features in it designed to avoid this exact situation, i.e. less than 5% of the vote → zero seats.

Yes, a feature (or bug, according to some) motivated by the wish to prevent having too many small parties or parties splintering into a multitude of small parties. Which was one of the problems leading to the doom of the Weimar Republic.

This election threshold is by no means unique to Germany, there are lots of countries with such thresholds.

In Germany, the 5% threshold does not apply to parties representing autochthonous ethnic minorities, like Danes in Nothern Germany or Sorbs (a group closely related to Poles and Czechs) and is usually mainly applied to elections on the state or national level.

Personally, I think it works rather well. At age fifty I’ve seen parties change themselves, to rise to national importance, to lose national importance and seemingly rise again and to rise for some time and then vanish into obscurity. So it doesn’t seem to hinder serious parties, but forcing them to work steadily instead of riding a wave of hysterical populism.

Point of pedantry: it appears to be a “confidence and supply” arrangement rather than a coalition, key difference being that the DUP won’t get any ministerial jobs, unlike the Lib Dems in the Cameron-Clegg coalition.

Interestingly, Nick Clegg said that he rejected the idea of a confidence and supply arrangement because they’d have all the responsibility of propping up the government with no control over what it was doing.

Basically what Corbyn needs to do is to persuade Sinn Féin to take their seats in Parliament.

I’m honestly curious – how likely is that to actually happen?