i think the man who buys a phone like this one is the same kind of guy who’ll have his heirs put up one of these when he dies–
edited for spelling. 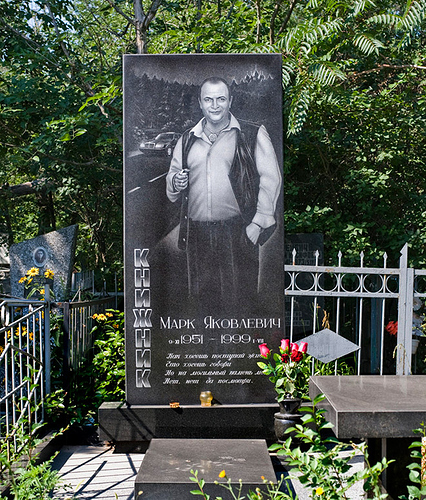 Now we have emojis.

I picture Don Jr. and Eric talking to each other on these as kids, like they were walkie talkies, and getting mad that Ivanka wouldn’t play with them.

If only because she was too busy pulling the legs off of puppies.

If only because she was too busy pulling the legs off of puppies.

The whole administration is full of Disney villains. Betsy DeVos probably has closets full of dalmatian puppy fur coats, with matching lingerie. And Don Jr. is what Gaston would be if he had no muscles or charisma.

It’s weird how a lot of these very expensive things tend to have sub-par tech under the hood.

It’s weird how a lot of these very expensive things tend to have sub-par tech under the hood.

Probably because a company like Apple can spend like a billion dollars in R&D to make a mass-produced iPhone, whereas a “luxury goods” producer who sells a grand total of 99 limited-edition phones at $5K apiece is bringing in less than 500K even before expenses.

Well, also the target market is a lot dumber. 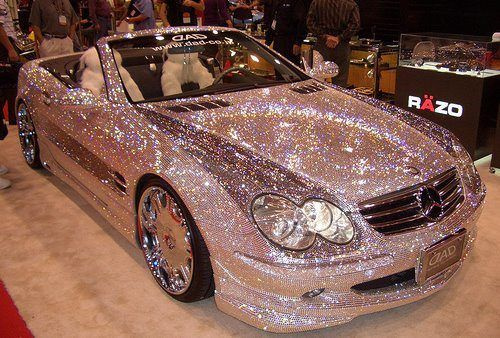 It is jarring(and unflattering); but there’s a logic to it:

“Luxury” tends to be expensive(whether because of materials, workmanship, prestige brand supply constraints; or some combination); but in a way that has fairly limited per-unit costs and fairly limited economies of scale.

Tech goes the opposite way: preposterously expensive to produce parts and assemblies to even merely competitive standards; but the economies of scale are enormous. That makes doing anything really impressive hard to do as ‘luxury’: either the cost forces your prices into yachts-for-oligarchs territory(potentially higher, the people stuck trying to make 10nm and smaller semiconductors work probably aren’t too impressed by a market where the most expensive example is 2013-vintage and only $600million…) or you do the economically sane thing; but now your product is, at best, a slightly binned and up-specced version of the same commodity toys every random prole on the bus has.

It is probably particularly acute in phones since those are also heavily power, thermal, and volume limited(so there’s no real mobile equivalent of “OK, put a Xeon Platinum 8280L and a TB of RAM into it” since everybody’s highest-binned SoCs just throttle down to the performance of their midrange ones within 90 seconds under load, sometimes less, anyway); and since contemporary phone design has pretty much evolved into “copious screen, also substantial optics package; there is no #3”, which leaves you buying a basically commodity screen from probably Samsung(which will inevitably be within a hair of what every ~$1,000 phone with an OLED screen has) and some camera parts from probably Sony; which will only have a serious chance of outgunning either Apple or whoever currently leads Android photography if you are willing to throw a much bigger camera bulge at it; and will still lag not hugely exciting DSLRs. And since there is no #3; any attempt to encrust it with jewels/luxuriously textured baby seal fur/gold will end up looking tacked on(and oh boy do they ever).

I’m not quite sure why they often start with such notably obsolete hardware(32 megabytes of RAM; no 4G/LTE support of any sort), rather than re-skinning something that doesn’t look like a classic Nokia developing-world model or one of the oddballs of Shenzen; but that’s certainly why all the ‘technology’ parts are so banal; and all the ‘luxury’ confined to a thin skin designed to have the manufacturing economics of jewelry or wallets; which are amenable to ‘luxury’ scale production at reasonable cost.

I do have to wonder if team MEMs could do anything interesting with a non-lazy ‘luxury’ tech entity: mechanical watches are probably the closest to being an intersection between ‘pointless luxury good’ and ‘actually somewhat sophisticated’(team electrical engineering may now laugh heartily about what sort of curve we are grading on when a device with under 3,000 parts is considered a prestigious industry leader…); and MEMs parts can be manufactured on comparatively large(and thus relatively cheap) process nodes, even more so if they are intended to be appreciated with the naked eye or modest magnification.

Small-batch runs of custom MEMs parts on older processes are practically affordable; and there are probably a lot of neat things that you could fabricate just small enough to allow alarming part counts in small spaces and just large enough that a decent magnifying lens(presumably integrated into the display housing) would allow the viewer to see what was going on.

Reviving the classics of mechanical and electromechanical computing in structures just large enough to be visible would make for some awesome widgets; potentially at prices that are merely agonizing rather than impossible.

So… he tweets with the power of his mind?

Last I checked (which admittedly was more than a few minutes ago), Twitter does have a web interface that will let you read and write tweets from a browser running on any garden-variety desktop, laptop, netbook, tablet, etc.