Yes - this is better. Though I guess holes could be punched enough to create mesh?

Wow. It’s interesting (but not surprising) that the comments elsewhere online took a negative turn. A joke turns into people questioning competence (and who knows what else, I’m not gonna look) and trolling.

It’s worth noting that the water measurement is impacted by washing the rice. If you’re stubby fingered like me a need to measure things more concretely, for washed rice it’s 1:1.25. One cup of well washed short grain rice to one and a quarter cup water. A good quality rice cooker should also have a seperate measuring cup or lines for no wash rice.

I know of no colander that does not have holes much larger than any grain of rice. If it doesn’t, it’s pretty sure to be a sieve.

Actually, the ones we use would probably be ok, though I’m not sure: 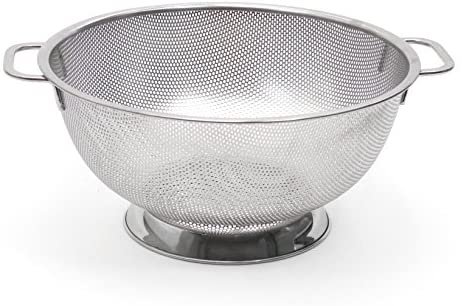 I don’t actually use it to rinse (or, ugh, drain?!) rice, but I do use a fine-mesh strainer to do the pre-rinse.

In the Instant Pot I do this

While toasting the rice is great if you have the time, in a hurry, I just rinse in a fine-mesh strainer for about 1 minute, add a little over a tsp of oil to the IP, add the rice, level, and add the same amount in volume of water, cook for 5 minutes, 10-minute release.

Cooked white rice the same way every time in under 20 minutes.

Well I think in the metals industry mesh is woven from strands. You also have what they call “expanded metal” which is a sheet with alternating slits cut in it very close and then pulled to create something that resembles mesh.

Expanded metal is a type of sheet metal which has been cut and stretched to form a regular pattern (often diamond-shaped) of metal mesh-like material. It is commonly used for fences and grates, and as metallic lath to support plaster or stucco. Expanded metal is stronger than an equivalent weight of wire mesh such as chicken wire, because the material is flattened, allowing the metal to stay in one piece. The other benefit to expanded metal is that the metal is never completely cut and reconnect...

Just for clarity, I’m not actually toasting the rice as in browning it. I think just getting all the rice coated with the hot oil is enough to cook off the extra starch. And that starch is still there, it’s just converted to a resistant starch. Your gut bacteria feast on resistant starch and give you the compounds you need for your gut cells to thrive and be healthy. Try just one minute of sauté and see what happens.

I’m not scared of egg-fried rice; but I do have trouble when it comes to sticky rice. 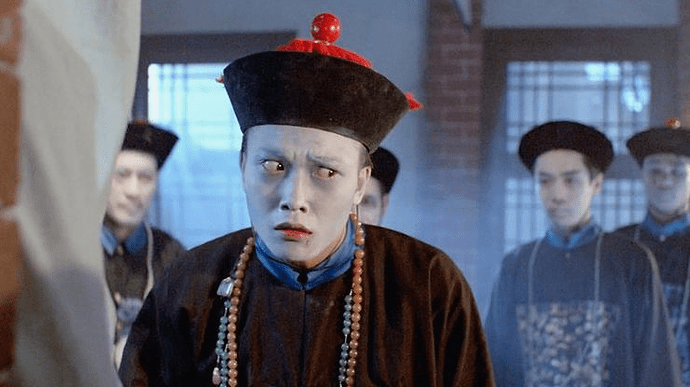 Your argument is full of holes!

There’s a peace summit in the making…

I have read that you can cook rice like pasta and then drain it.

I was taught to cook rice this way (though I usually use the absorption method now). It’s also the preferred method if you’re worried about arsenic.

I saw this a week ago or so and honestly i’m baffled the BBC’s recipe for this is so off the mark. I’m far from a great cook and i’m certainly not the best at making rice in a pot but i’m trying to wrap my head around water logging rice, then draining it, and then washing it under running water. I just can’t.

Also this person starts the video with the disclaimer that some people might be scared of making fried rice. Red flag right there. Fried rice needs no real recipe, it’s a way of using leftover or day old rice so literally toss whatever you feel in the rice along with egg and fry it. That’s it. Many many countries have their own version of it so just go nuts and make something with ingredients you have on hand and that you like. Or take an existing recipe, try it and then modify it as needed.

Ng’s original video was humorous, but in the follow-up video with the three of them, poor Hersha Patel basically comes out and says she was the victim of some ugly abuse, probably from the usual gang of racist and misogynist internet assholes, and Ng doesn’t even acknowledge that he was the source of it.

You’d think he could at least apologize to her, or offer to put a disclaimer after his video to state that it’s all a joke and not to troll her or something. And she is no doubt concerned that something like this could ruin her reputation, which is most likely why she’s pushing to do a video the two of them together.

I know that the Uncle Roger rice video is just harmless fun to most of us, but Patel was clearly harrassed, and there’s nothing funny about that IMO.

To answer your question I do sometimes cook rice by draining it. Mainly because I don’t make rice very often and I burned it a few times when trying to follow recipes. Tasting to make sure it’s not overcooked is essential though. And it’s obviously not as good as restaurant rice.

We bought one because my wife thought it would be good as a multi-purpose rice-cooker but it has only made AWFUL rice and so gathers dust (she doesn’t trust it for anything else now).

To be fair I’ve done the oil saute method with the IP and was less than impressed. On multiple times a half cup or more of rice was baked to the bottom of the pot.

Then I went PiP and it was awesome. 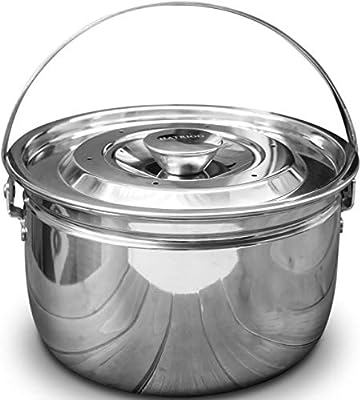 Shop Hatrigo at the Amazon Cookware store. Free Shipping on eligible items. Everyday low prices, save up to 50%.

I actually do a 1:1.25 water ratio because the 1:1 seems too under cooked to me. I also increase the cooking time due to the water in the pot being indirectly heated. No sauting when doing pot-in-pot. I do add some butter sometimes. I also cook oatmeal PiP. Honestly it’s not faster with an IP, but I don’t have to remember to take a pot off of simmer after 20ish mins. I just don’t eat enough rice to need a fancy rice cooker.

i’m baffled the BBC’s recipe for this is so off the mark. I’m far from a great cook and i’m certainly not the best at making rice in a pot but i’m trying to wrap my head around water logging rice, then draining it, and then washing it under running water.

That’s the way my mother taught me in the 1980s. I think the rationale was to strip away the starch, so it wouldn’t stick together (itself caused by overcooking…). Al dente was Not A Thing. It might “finish expanding” in your stomach and make you ill. Really.
I was probably in my 20s before I learned how to do it any better!

Also this person starts the video with the disclaimer that some people might be scared of making fried rice. Red flag right there. Fried rice needs no real recipe, it’s a way of using leftover or day old rice

It is for those treating rice as a dietary staple (as I do nowadays), but there are still many people for whom rice is either inherently exotic, only used occasionally and for specific recipes, or is dismissed as bland filler (partly because it’s cooked badly…).
Again, my mother is an example. She’s certainly not a bad cook, but Asian food just isn’t in her culinary vocabulary; she probably didn’t encounter Chinese takeaway food until her 40s, never mind cook it herself. She really would find it daunting to prepare fried rice, so she’d want a specific list of ‘correct’ ingredients and full instructions, at least for a first attempt. The BBC recipe could be aimed precisely at her.

Personally, I’d offer a video on properly cooking rice alone, then start the fried rice one with “cook some rice as normal”, rather than try to explain both in one video.

To answer your question I do sometimes cook rice by draining it.

Me too, TBH, though I always drain it slightly early and allow it to ‘finish’ with the lid on (and heat off) - almost steaming it, I suppose.

Sticky rice is the best! I love making it with slow cooked pork belly - but don’t often bother as my wife and daughter don’t share my enthusiasm

Who cooks the eggs separately for fried rice? Stir the eggs into the rice as you’re frying it.

i have a recipe that calls for draining rice through mesh-- but I’m not steaming the rice-- I’m boiling it for a pilaf.

On multiple times a half cup or more of rice was baked to the bottom of the pot.

I’m half Puerto Rican, so if I make rice and it HASN’T baked to the bottom of the pot, I’ve done something wrong. It’s considered a delicacy!

Who cooks the eggs separately for fried rice? Stir the eggs into the rice as you’re frying it.

If I have time, I do, after fork-whipping them together and frying them. It makes a sort of all-egg pancake, which I then chop up. I think the pieces of fried egg are nicer then a general spread-out egginess.