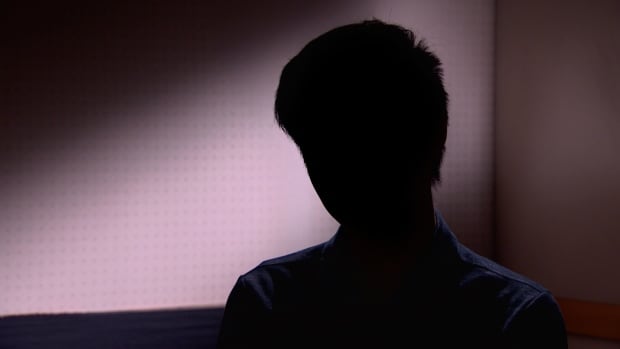 'I couldn't believe it': University of Alberta evicted student after attempt to...

In the fall of 2016, an 18-year-old tried for a second time to take his own life. After his second discharge from hospital in less than a month, a university administrator handed him a notice of eviction from residence.

“You shall know them by their fruits.”

I lived in a 4 way split farmhouse once and once one of the occupants decided to fill their apt with gas to end things. It didn’t work. Eviction was swift.

In that incident life and property were in danger. This school case, wow, get the kid some help don’t just kick him to the curb.

I guess they are saying that by admitting to depression, he was “setting a bad example?” WTF, guys? If this has not been investigated, it needs to be. The very clear message is if you feel depressed, keep it to yourself. We have no place for you here. That could not be more wrong.

After two suicide attempts in a month, and no attempt to call the numbers they gave him, maybe he shouldn’t be there or it’ll kill him? It’s not like the university can force him to seek help/treatment.

Suicide attempts used to be criminal. I don’t think anyone who works in suicide prevention these days thinks that penalizing or further harming people who have attempted suicide is a good way to reduce suicide. Adopting a “please go kill yourself somewhere else” isn’t going to help the general problem of suicides on campus.

I’m wondering where the parents were?
After the first attempt, were they made aware
of his situation?
Or is this one of those “he’s an adult”, so he has privacy right, etc.
There’s a lot of info./details that’s left out…
One thing is true …
It’s A Cruel, Cruel World

Being callous would be to ignore that this person would probably end up dead if left in his current pressure situation with no change. “Please go somewhere else and try to live, rather than dying here.”

No doubt they weren’t as kind or gentle as they could have been. Institutions are like that.

“we prefer that you kill yourself somewhere else. Off campus. We have a reputation to maintain.”

No doubt they weren’t as kind or gentle as they could have been. Institutions are like that.

institutions reflect the values of the people who work there.

I’ve heard of schools kicking students out for mental illness before. I’m sure it won’t take much digging to find that this is more common than you think. Unfortunately I don’t have my Internet history from when I fell down that particular rabbit hole.

there articles seem, at first glance, to be on point.

Feeling Suicidal, Students Turned to Their College. They Were Told to Go Home.

Universities are facing challenges to their mental health leave policies, with some critics saying they are too quick to cast off troubled students.

Should Suicidal Students Be Forced to Leave Campus?

In balancing the rights of students against the need for safety and order, many universities force suicidal students to leave campus.

“please go kill yourself somewhere else” isn’t going to help

I once lived in an apartment where that was, in fact, what they told the guy after the second attempt. Drugs were involved, and dude was calling the cops on himself. It wasn’t my decision but I wasn’t surprised.

I’m not taking sides here, but I wonder if the uni’s legal department considered the ramifications – given the student’s loud and clear suicidal tendencies – of a finally successful, on-campus suicide (of a type that could be linked by whatever logic to the uni’s lack of precautions). Examples: He jumped to his death; why wasn’t the roof access-way locked? He hung himself from exposed overhead piping in his dorm room; couldn’t his use of that have been foreseen and then addressed? He poisoned himself using a substance from the chem lab; how could the uni have allowed him such easy access to poisonous substances? Now, if you think those questions are unrealistic and just plain silly, then consider what incredibly angry parents and accommodatingly litigious lawyers can come up with.

Me? I would have worked with this kid and get him help. Getting booted from uni will not help cure his depression.

They’re not equipped to deal with that. I’d guess that Canada probably has a better education as well as health care system than the U.S., but I’d still doubt that a college would be able to assign people to 24/7 suicide watch. The letter as pictured is tactless and in bad form, though.

As someone who has done the suicide watch, carried a near-lifeless body while trying to maintain an open airway while calling 911, etc., and also talked through with 3 other suicidals, one during an active attempt and another who was considering trying again just after getting out of the hospital from the last attempt, it is not easy. It needs multiple dedicated people. And stuff a school isn’t intended to provide.

I think they should’ve worded it a lot better and tried a lot harder to get him help, but a “you have to leave because we can’t deal with this” response is reasonable if they really can’t deal with it. Just wish there were a way they could’ve sent him somewhere where people could deal with it and help him.

I feel like in this case the university is just compounding the problem. It’s not like I expect the university to have a team of mental health experts that can watch someone 24 hours a day. I just feel like if they had got together in a room and said, “How can we precipitate another suicide attempt” they might not have come up with a better plan than what they did.

Yes? Living in the dorms was probably going to kill him. If he could continue university while living at home or an environment that was better for him, they weren’t slamming that door shut.

Did you read the letter in the article? 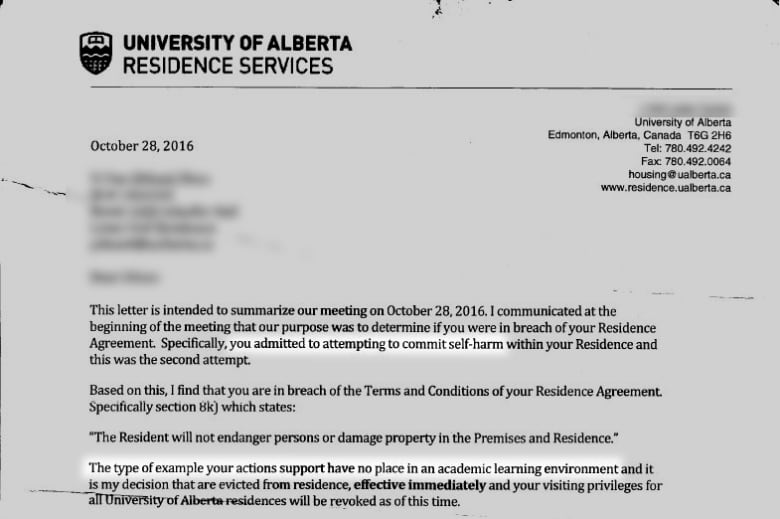 This wasn’t done for the good of the suicidal person, this was some authoritarian showing their power because they could.