Love heat maps like the 538 one shown here. So much more information than just dichotomous colors. A lot of nuance remains hidden, but still.

If Trump spent the next 100 days running naked smeared in his own excrement, Clinton might pick up South Carolina as well

Isn’t that what he’s spent the last 15-ish months (and the 60-ish years before that) doing?

Isn’t that what he’s spent the last 15-ish months (and the 60-ish years before that) doing?

Excellent! The colors help me decide which states to avoid during my next job search.

Sure, it looks bad for him now but, like America, Trump has always been the scrappy underdog, using only his money and connections to stay on top of the pile he was born on. It’s a real riches-to-riches story!*

If Trump spent the next 100 days running naked smeared in his own excrement, Clinton might pick up South Carolina as well.

However, Oklahoma would still be very much a “safe” state for him…

I live in one of those red states…ugh. some of the blue states look good, but it would be expensive to live there and some of them are too far north for my liking (tired of winter and snow and cold).

The “zOMG skewed polls!” conspiracy strikes me as failing the all-important “And how does this conspiracy benefit the conspirators?” test.

Sure, there is a veritable industry of…epistemologically flexible…polling outfits(to go along with similar think tanks and science-for-hire ‘product defense’ types) who specialize in generating whatever results the client wants; but, unless you want to be identified as one of those bottom feeders, greater accuracy increases your reputation, makes your services more marketable, etc.

It is frequently the case that polls are skewed; but by technical issues like “We don’t know what to do if we can’t assume that every household is a nuclear family with a single landline they are willing to answer.” which the pollsters would love to solve.

I like a good conspiracy theory as much as the next fungus; but it has to at least plausibly benefit the conspirators.

Apparently Wyoming still has you beat.
(and NE 3rd district?)

How about the elections of the previous two Democratic presidents:

Great article in recent Wired where it talks about how obsolete polling methods are today since they are still mostly based on landline phone calls. With more and more young people cutting the cord the sampling data is getting increasingly skewed. This is what led Mittens to honestly believe he had a shot four years ago. 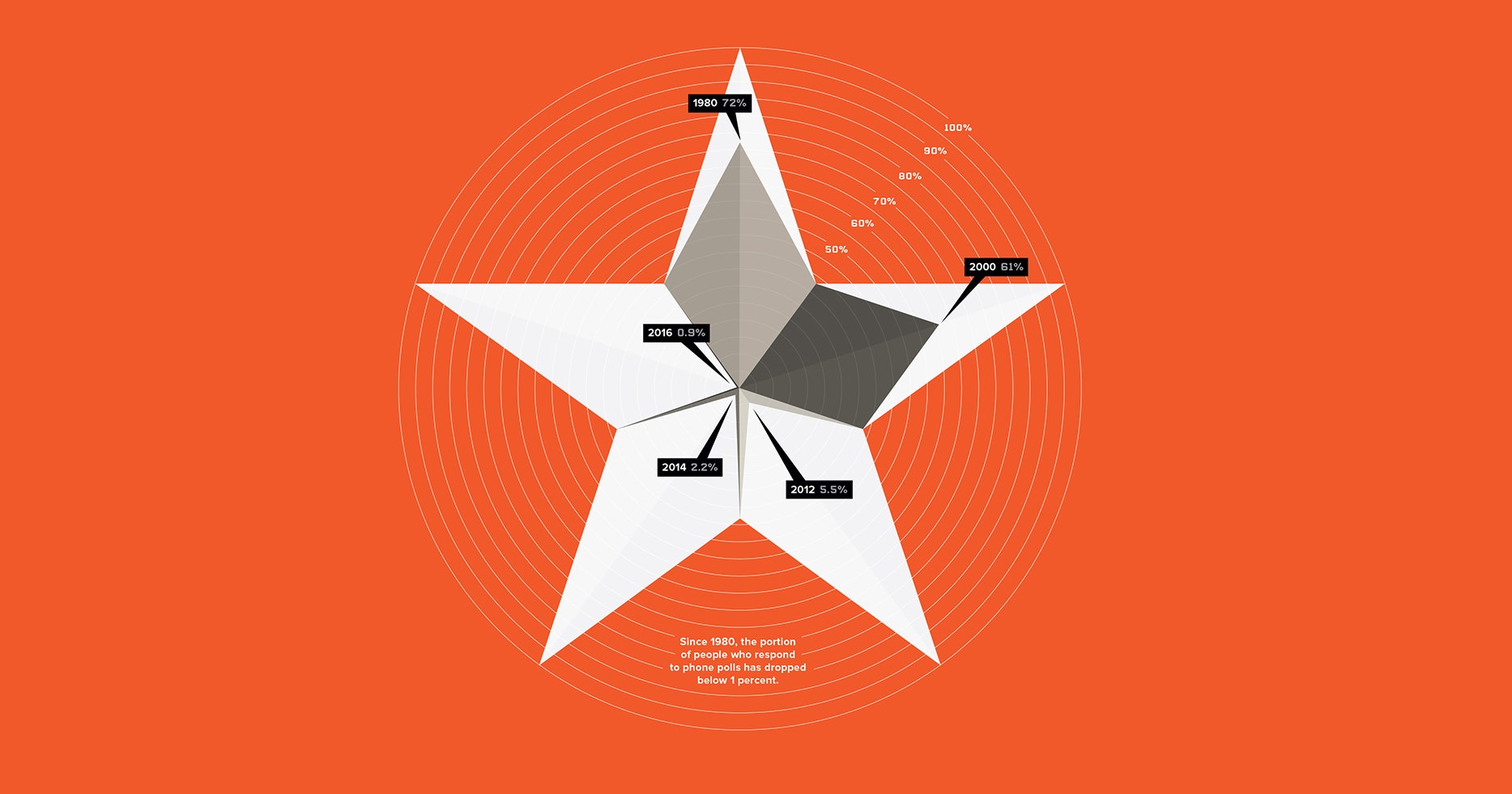 The Polls Are All Wrong. A Startup Called Civis Is Our Best Hope to Fix Them

Civis Analytics knows how you shop, what your Twitter handle is, and how you'll vote. It's the data-fueled, omniscient future of political forecasting.

If you like their map, you’ll love their cartogram… 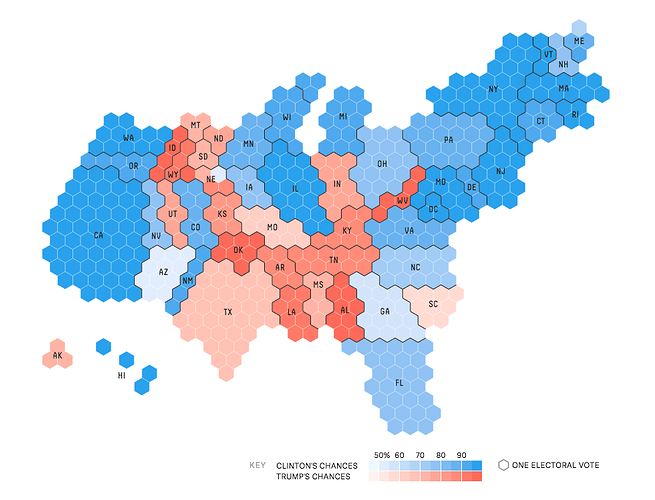 This really begs a question. Why is it always one side of the political landscape that seems to whine and cry like petulant children when things don’t go their way?

It seems like every time there is some victory or edge for the Dems the right side of the political landscape throws their hands in the air and cries foul. every.damn.time. Is it just me? I am not a crackpot here am I?

It’s always some conspiracy, some loop hole issue, some sticking point.
“He can’t win, he wasn’t born here, I wanna see his birth certificate!”
“We should have won, but the third party candidate messed up the results, it’s his fault!”
“Everything is rigged!”
“It’s the liberal media’s fault!”
“They cheated!”

It never ends with the right side of the political spectrum. And it seems to me it is ALWAYS them.

Al Gore lost the election to George W. Bush when a recount was needed in the state of Florida who’s governor was Jeb Bush the brother of GWB and son of the former President!!! I mean if ANY situation smelled ridiculously fishy and transparently dirty it was that situation. BUT…Gore asked for the recount, it was done, and he was told “You lost sorry Al” and he gracefully went away.

Does anyone…ANYONE…think Trump would do that?

[T]he electoral map (with a 364-to-172 landslide college) is plainly as much as it is possible for a Democratic candidate to gain under any circumstances.

Most election years I can understand reasonable disagreements and why certain states lean certain ways. This time I look at the map and think, wow, some pretty geographically large areas are dominated by stupid racists.

I…I do! It simultaneously makes me feel better informed AND makes me want to play some kind of tabletop rpg game about the clashing forces of Trump and Clinton…

An updated version of 1960: The Making of the President featuring Trump/Clinton would be an inspired move…

I’ve been following Electoral-Vote.com since just before Obama was elected.

It gives a nice picture of the current polling across the country.

Edit: And if Discourse didn’t download a local copy of that image it’d always be current no matter which day you looked at it.

The “zOMG skewed polls!” conspiracy strikes me as failing the all-important “And how does this conspiracy benefit the conspirators?” test.