Update: Courtroom smackdown! Judge and defendant get nasty a la Rick and Morty

Wow. Yeah that defendant was a bit much, but he clearly got under the judge’s skin, which I’m guessing was his intent.

Isn’t Rome, GA also the home of the Rome plow?

Yes. She moved from a different part of the state (the north ATL suburbs) because it is more conservative up there…

It’s also the home of my family, so…

But yes… although the company moved to Cedartown at some point: 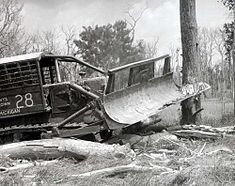 Rome plows were large, specially modified armored bulldozers used in South Vietnam by the United States military during the Vietnam War. The plows took their name from the city of Rome, Georgia, where they were made by the Rome Plow Company (now located in Cedartown, Georgia). The plow tractors were equipped with a very sharp "stinger blade" which weighed more than two tons and was able to cut down trees, which were then burned. When fully equipped, a Rome plow tractor weighed 48,000 pounds (22...

Rome, GA also the home of the Rome plow?

Thanks, I went down that rabbit hole and WOW, the Rome Plow was one hell of an effective tool against the jungle in Vietnam! 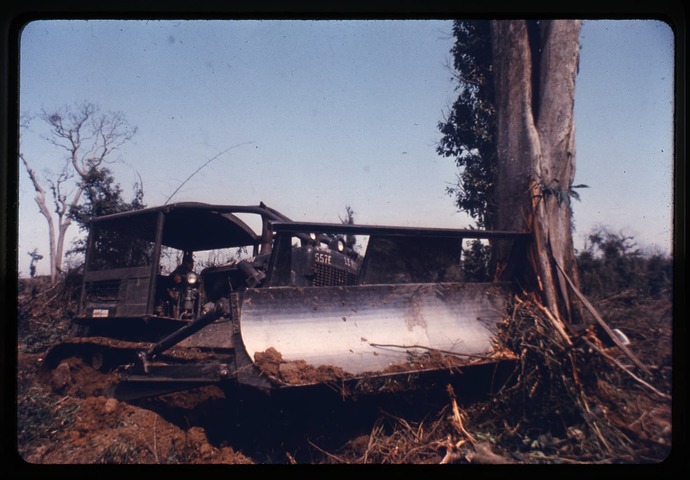 although the company moved to Cedartown at some point

Here’s a fascinating blurb I found when digging into the history of the Rome Plow:

The process that brought the plows to the Iron Triangle began in September 1965. Having observed the VC tactics for the past year, General William C. Westmoreland, commander of U.S. Military Assistance Command, Vietnam (USMACV), told his staff to develop options for jungle-clearing to expose VC base camps and infiltration routes. Experience had shown that conventional infantry sweeps merely displaced the enemy temporarily. When the soldiers left, the VC returned. Clearing the jungle would remove the sanctuary. Unfortunately, there was no established doctrine or procedure for doing this.
The search ended when the Department of the Army recommended the Rome Plow, already in use in the United States to cut fire breaks. The system used a D7E, or equivalent heavy bulldozer, fitted with a reinforced cage to protect the operator while heavy tubular steel skeleton extended from the cage to the front of the dozer to shield the engine. The heart of the system, however, was a special oversized blade produced by the Rome Plow Company, originally located in Rome, Georgia, which later moved to Cedertown, Georgia where it remains in operation today.

the Rome Plow was one hell of an effective tool against the jungle in Vietnam!

Not sure if that’s a positive thing, tho…