US National Parks have a major human poop problem

Making them easily accessible to ALL visitors SHOULD be a priority

I swear they’ll be asking for wheelchair accessible ramps at the visitor centers next! The horror!

We pay for it, we should all get to enjoy it! Who knows how much longer we’ll have a habitable planet.

One of my workplaces has addressed similar issues (on local and county levels) and our solution was basically same as what San Francisco wrote here:

Why national parks are a great place for composting toilets - Clivus Multrum...

National parks are an amazing part of the Australian landscape. They’re home to tens of thousands of species of animals and are the source of ecosystems that range from dense and luscious rainforest through to some of the most remarkably hostile...

Done wrong, things can get ugly:

The National Institute for Occupational Safety and Health (NIOSH) conducted a Health Hazard Evaluation (HHE) at a national park. Park management was concerned about employee exposures when cleaning and maintaining pit and composting toilets. NIOSH...

There is definitely a learning curve to maintaining and servicing composting toilets and their yields: humanure. Done correctly, it’s a resource: 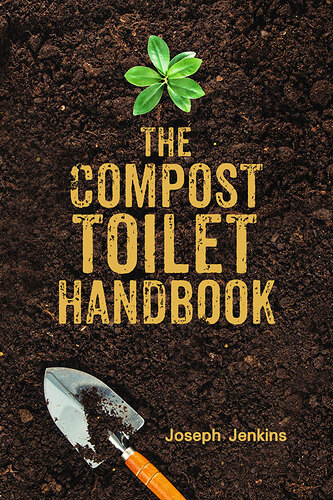 Free shipping in the continental USA (Alaska and Hawaii not included).     Also available on Amazon and Barnes & Noble.Buy combined with the Humanure Handbook. Order from our distributor, Chelsea Green...

Public land isn’t to be protected by public monies! It’s to be sold as cheaply as possible to private industry! /s

Canada has way fewer resources and is a whole lot more thinly spread than the US but manages to do this. You’re playing the “America hasn’t solved it because the problem is unsolvable” card that drives all other countries nuts online.

I honestly think the video is rather annoyingly framed.

I mean, it’s good to be educated about how waste is handled at national parks. And the sheer quantity of people visiting them in the last few years has caused some problems. But mostly the video described how the park service solves this problem: historically pit toilets, many have been replaced by vault toilets. Mostly they truck the waste out but also sometimes use helicopters. They have some composting toilets and would like more, but replacements take time and money.

Problems the park service doesn’t have good solutions for include fire and fuel management, dealing with the effects of climate change, and demand at the most popular parks vastly exceeding their capacity.

It is possible that the global fertilizer problems could effect the market to the point that “night soil” could become desirable for it’s nitrogen and the long term effects of biomass to improve soil. In the case of remote parks, far away from agriculture land I suspect this shit would never be profitable.

Untreated human waste cannot safely be used as fertilizer the same way as animal fertilizers like cattle manure or bat guano, mostly because it’s full of human-adapted viruses and bacteria. Mark Watney was able to get away with it in The Martian because the only unsterilized waste he was using was his own so he wasn’t exposing himself to anyone else’s pathogens.

Mark Watney was able to get away with it in The Martian because the only unsterilized waste he was using was his own so he wasn’t exposing himself to anyone else’s pathogens.

Also because it was fiction.

It wasn’t a documentary?

I’ll just handle it the way my body handles any out of routine thing. I’ll get constipated and not poop for a week. I mean, I need to be back on a real working flush toilet once I start eating tons of fiber a day to correct the issue.