US woman describes getting detained in Turkey for visa error

Glad she came out of it OK. I worked with Mary briefly about 30 years ago at a small newspaper. She’s good people.

Just like TSA. The guy won’t get fired for being bullheaded, but he sure will if he lets the bad guys in.

Why? I assume because of a movie he scored.

For me, any day is a good day for KMFDM remixes.

Inject Recep Tayyip Erdoğan joke at your own risk here: ???

Daaaaaaaammmnn! I NEED that album!
And yeah, because of the Midnight Express soundtrack.

The CD of remixes is fairly easy to find and IIRC has a half dozen or so songs on there. 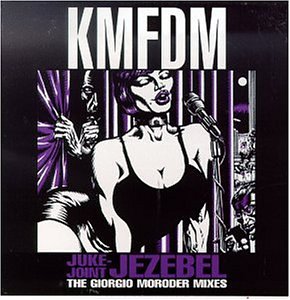 The guy won’t get fired for being bullheaded, but he sure will if he lets the bad guys in.

Don’t they usually get promoted for things like that?

This can bite you even just going between the USA and Mexico.

When we travel south on business we stop on the Mexican side of the border to get a ‘work permit’ (used to allow 24 hours, now I think it is 72 hours). Our passports also get entry-stamped at that time. No exit stamp is required when we leave Mexico but if we accumulate a few passport entries without voluntarily stopping for exit stamps we soon find ourselves getting stink-eye from the entry official and have to tap-dance to gain our next entry.

Talk about first world problems. Even when the sobbing Syrian woman is brought in, or when the US official explains to her, she still doesn’t get it. Meanwhile - people were drowinng the seas she was so recently crusing around in in a desperate attempt to leave a war or to grab a better life. Meanwhile - hundreds of terrorists are trying to find an easy border tpo get through and launder their identity through third countries. She wasn’t in a midnight express prison - she was in a poor quality transit lounge with a lock on the door.

The best thing about these sort of life stories is that:

It’s in nobodies interests to actually detain you for long

I’ve sat in the border-control uncomfortable chair a few times.

Either they will be refusing you entry to somewhere that you will rapidly decide you don’t want to be any more anyway, or they will be wanting to kick you out of a place you are trying to leave.
(Unless they think you’ve got drugs - that way is no fun)

But common visa hassles can only end up with you being pushed out of the country with a scowl. You may get to sit in a boring concrete room while confusing things happen in another language for a while, but ultimately somebody will realize that if they keep you any longer they’ll have to do some paperwork to feed you or something, and lose interest.

Everyones story is different, and often dramatic at the time. I got some good stories out if it. But unless you have a dire need to get in somewhere, the system will eventually just shuffle you out.

The only thing Erdoğan reenters is a goat.

I’m reminded of Project Jake. I wonder how much it costs to mail Turkey.

It’s a bit a a “people in glass houses shouldn’t throw stones” sort of thing … this is a not uncommon problem for people who visit the US - unlike most countries the US has border entry, but no formal border exit procedures, at least at airports, you just check in and then get on a plane … if the airline neglects to tell the INS you’ve left you get detained next time you visit. And of course without an exit stamp you have no easy way to prove that you left when you say you did. People have found themselves in INS detention and put through deportation because of simple book-keeping failures by the US system.

Fortunately it doesn’t happen as much as it used to, for a lot of people the system used to depend on a green piece of paper that was taken by the airline at check in, I’ve had to go back and insist they take mine, things are more computerised these days and they seem to screw up less … however I always hold on to the boarding pass from my flight out of the US in case I ever get stuck in this nightmare

Why? I assume because of a movie he scored.

Probably because of this topical film (composed by Moroder): Midnight Express is a 1978 American prison drama film directed by Alan Parker, produced by David Puttnam and starring Brad Davis, Irene Miracle, Bo Hopkins, Paolo Bonacelli, Paul L. Smith, Randy Quaid, Norbert Weisser, Peter Jeffrey and John Hurt. It is based on Billy Hayes' 1977 non-fiction book Midnight Express and was adapted into the screenplay by Oliver Stone. Hayes was a young American student sent to a Turkish prison for trying to smuggle hashish out of Turkey. The film deviates from the b...

With this wonderful song:

… listening to this it just blows me away that this song is nearly 40 years old yet it still sounds largely contemporary to my ears.

I had something sort of similar happen to me when i was in my late teens, i was entering another country i decided to use my other passport from Venezuela (i have a US one as well) and the customs guy got really upset when he didn’t see a Visa or exit stamp on it. I had to give him my US one… i’d forgotten to get both out. But since then i’ve stuck to purely using my US passport to avoid stuff like that again.