Right you are! Thanks. 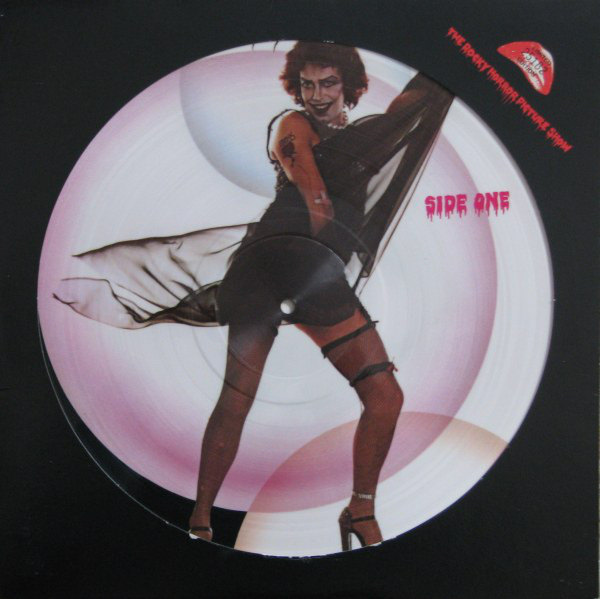 My dad has a limited edition RHPS record hanging on his wall.

I only noticed what this would look like mounted on a turntable spindle last month.

I only noticed what this would look like mounted on a turntable spindle last month.

I wonder what the quality of the albums are? Seeing that it’s picture discs, I’m guessing 140/160g? It would be super rad if it were 180. But seeing as how there is absolutely no information on the product listing…

What makes it interesting to me is that it’s the original track listing that my old, beat-up, worn-out LP’s had and not the “special edition” soundtracks that are now sold. I love that album, as well as John Williams’ liner notes to each track. It was the soundtrack of my youth, together with James Horner’s soundtrack for Star Trek II. I learned to keep the LP’s as a sort of master and made tons of cassettes off of them.

That and I don’t have a record player, though I have picked up a handful of records of old Shadow Radio dramas, including a boxed set with horrible front art, but in mint condition from the early 80s.

There’s a bit of history with George Lucas and the number 1138.