“We think that the student’s speech was inappropriate and out of line,”
“…and we’re currently exploring strategies to permanently screw up her life and career.”

I think what’s remarkable about this young woman’s experience is that she had the wherewithal to know that she was being screwed out of a decent education because of late notification of scholarships, not having her work permit validated, and having counselors that were unwilling and unavailable.
When I went to school and had much the same problems, but I figured that it was something wrong with me. Took years to come to the conclusion that my education could have gone very differently if I’d had people in my corner.

That makes her sound a bit entitled…it’s more like, she ripped apart adults who put roadblocks on her path to success.

Took years to come to the conclusion that my education could have gone very differently if I’d had people in my corner.

Geographically and socioeconomically, that would be the opposite corner, in La Jolla/Torrey Pines, where a lot of the money is. San Ysidro butts up to the Mexico border, so I’m totally not surprised by her situation.

I strongly support space for dissent and challenging authority. I also thought that this Reddit commenter offered some thoughtful alternative perspectives based on their experience as a counselor and some of the other factors going on at the school that weren’t addressed in the speech: https://np.reddit.com/r/sandiego/comments/c1211g/high_school_graduation_speech_san_diego/era61lg/

Before listening, I thought this would be kind of a speech for the “everyman” of high school, but it came across as extremely petty and small. /shrug

Same. After listening to it, it’s pretty unclear whether she’s speaking truth to power, or just a really entitled kid who doesn’t think some folks catered to her sufficiently.

Say you’re living in a household with negligent parents, there’s a possibility a kid will look at her parents and make an effort to break the cycle and become extremely responsible in order to survive. This valedictorian thrived enough academically and was respected enough among her peers to be voted into the valedictorian role, which is often given to the goody goodies. She took it upon herself as the matriarch to say she wasn’t upset with the adults in her school, she was just disappointed.

Rather than allow your inner entitled teeneger to punch the air about someone sticking it to the man, make sure and read to the end of this Reddit. Seems not so clear cut after all.

Or maybe a junior activist, still learning how to do it right, and getting there by successive approximation.

Maybe, but it remains unclear that the people she’s taking to task in her speech actually deserved it. And if they didn’t (especially the counselor who was apparently dealing with tragedy I wouldn’t wish on my worst enemy), then this was an extremely cruel thing to do.

Kudos to her, firstly.
Also understand that doing this kind of thing in the working world does not work to your advantage. Even complaining in an exit interview can shut down your references, or start an actual blackballing.
People can be extremely petty, and it takes little effort to anonymously say, no, I wouldn’t hire that person.

My only response to this person would be, “Get ready, it’s going to get a whole lot worse.”

lol, you’re assuming that everything is exactly as this 18 year old says it was. And, as we all know, 18 year olds are not prone to exaggeration, naivete, or narcissism.

Someone else posted a link to a reddit thread on this speech that somewhat debunked it. Interesting read.

guidance counselor for leaving her to “fend for herself,”

Guidance Counselors aren’t really for the valedictorians. They’re for the kids so hapless that they need to be shoved into some kind of post-school activity. If you are a straight A student it’s generally assumed that you can figure it out on your own. It’s a skill you’ll need in the real world anyway so congrats on being more ready than your peers.

We all know how powerful most high school’s Public Relations are when it comes to cover ups like this! It’s like the High School of Scientology… or Breaker High! I wouldn’t be surprised if she’s forced to walk the plank for whistle blowing like this.
I’m only assuming there are faculty in every high school that need to be taken down a peg… and I know that graduation year is prime time for exercising one’s civil liberties. Especially if you’re taking the podium.

Guidance Counselors aren’t really for the valedictorians. They’re for the kids so hapless that they need to be shoved into some kind of post-school activity. If you are a straight A student it’s generally assumed that you can figure it out on your own. It’s a skill you’ll need in the real world anyway so congrats on being more ready than your peers.

Wow, that’s inaccurate. There is a lot to do to support the high-level students, especially as graduation nears. There are a ton of essays needed for college applications and scholarship applications, transcripts, and actual counseling about what the best fit for college and major is for the individual student.

Your attitude is exactly the kind of thing this student is criticizing.

It’s 100% my experience with every guidance counselor ever. If you weren’t joining the army or something they’re just useless. About the most they do is hand you a few pamphlets and let you figure out the rest on your own.

It should be a lot easier now with the Internet. Back when I was graduating in the 90s I had to look stuff up on AOL and write letters.

Getting transcripts was the worst part. Had to plan ahead by a month or so because it took that long for the school to forward them and I had to look up the person and address to send them to.

Counselors were mostly useful if you were going into the army or a local vocational school. Those were the kids that got the real sit down and discussion of their future.

Whatever happened to hard work being its own reward. If she’s a valedictorian I can’t imagine she needed much help from the guidance counselor. I don’t see a valedictorian at the counseling office more than once or twice a year. What about the failing students? Maybe the counselor was spending more time with them! We’re only getting one side of this. I would believe it more coming from a low performing student. She’s at the top of the class. How exactly did they fail her? 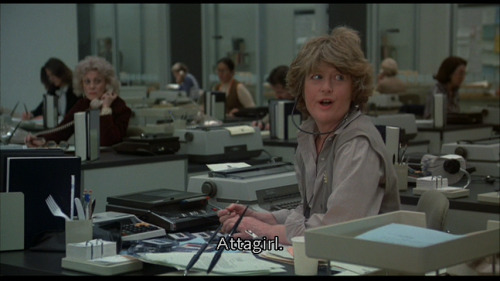