I guess I’ll let Gilbert Shelton of Freak Brothers fame comment on this:

The man clearly knows his chicken.

I absolutely love this series by Brett Weiner.

Ooh, I’d forgotten to check back on this series to see if any more were made. Hadn’t seen the slightly more recent one yet: “Expert Witness”

I know that lawyer’s pain.

The Vernon, Florida flashbacks are intense. I might have double-gobbled.

Rob, I think you’re mistaken about the point of the photocopier video. I don’t believe the man being questioned was playing dumb, though the lawyer questioning him no doubt did. Many Americans only know this object as a “Xerox machine” and are not familiar with calling it a “photocopier.” This did not occur to the lawyer, thus the hilarity.

Many Americans only know this object as a “Xerox machine” and are not familiar with calling it a “photocopier.” This did not occur to the lawyer, thus the hilarity.

A large part of the case revolved around the definition of “photocopy”. From a summary provided by the court that heard the case: “The fiscal officer counters that R.C. 317.32 controls the cost of the requested copies. Subsection (I) of R.C. 317.32 provides that the county recorder shall charge $2 per page for photocopying a recorded document.”

The county was trying to apply that to records electronically copied onto a CD, charging $2 per page on the entire CD. Since the case actually did revolve around “the plain meaning of ‘photocopying’”, it’s a little difficult to believe that the man being questioned had no idea.

Well, that one gave me pause, but mainly due to the specificity. Don’t think I’ve ever referred to those by name!

They are great after a bowl of puffed rice promoted by elves that also work as marching band leaders for some reason. Doubly so if you pour fluid intended for a calf but diverted by an agricultural technician over the puffed rice first.

Then maybe I could use some bleached shredded trees promoted by a family of overly saccharine cartoon bears.

Eh, what? I thought it was obvious why “Xerox” was the punchline. Note in the video how the person being interviewed (Patterson) made several requests for the attorney (Marburger) to define “photocopier,” but the lawyer decides to be an asshole instead (I know, what a surprise).

Here’s how the rest of the testimony went: 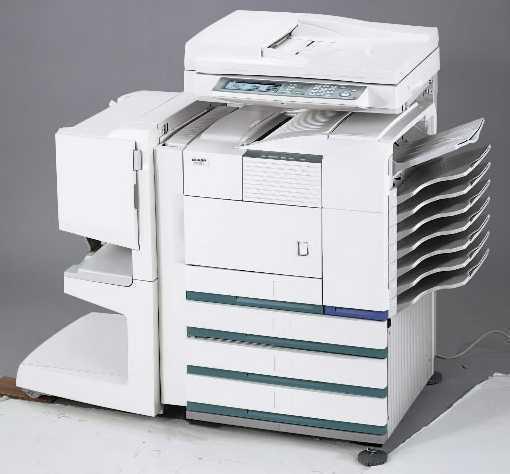 A lawyer in a public-records case being heard by the Ohio Supreme Court last year has a difficult time getting a Cuyahoga County worker to say whether the county recorder's office has a photocopier.

Note in the video how the person being interviewed (Patterson) made several requests for the attorney (Marburger) to define “photocopier,” but the lawyer decides to be an asshole instead (I know, what a surprise).

Did you even read the court’s summary?

So based on that, the guy knew the answer to the question of “Are there any in the Recorder’s office”, and yet he decided to continue on playing dumb by talking about different types of them as though that would matter to the answer. Which it would, but only because the guy’s side was trying to redefine the word.

In any case, I believe there’s a lesson embedded in the video that kind of transcends the particulars of this case itself.

I quickly scanned the headline and read it as “verbatim dramatization of deposition in bizarre chicken suit.” (As opposed to plain, old, ordinary chicken suits, I guess.)

Many Americans only know this object as a “Xerox machine” and are not familiar with calling it a "photocopier.

This was a county records department. Of course they know what a photocopy is! It’s defined in statute, they do it every day, and the problem was they were claiming that copying to a CD is a “photocopy,” so they could charge $400 for giving someone a 200-page PDF.

The county worker was portrayed as a dumbass in the dramatization for interpretive, humorous effect. The text is verbatim–the real one was being an ass, and it surely cost them in the long run. Likewise, the real lawyer was not screaming in the actual deposition, but calmly providing the guy with rope.

Many Americans only know this object as a “Xerox machine”

Or even more simply as, like he said, a xerox. Lower case x, applied to the machine, the act and the product. Much like washing things in the hotpoint and sucking it up with a hoover.

Ok, that makes sense if you look at the case in context. But I suspect someone just viewing the video itself would get a different takeaway if they didn’t consider the wider details of this case, no?

I think these guys were separated at birth:

Not the same actor, right?