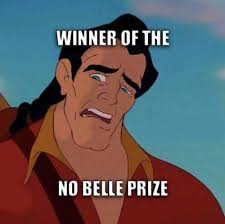 It’s there, but maybe it’s been moved. I was so sad when I learned Disney’s head isn’t preserved in a jar in hopes of the Omega Point. Under Cinderella’s castle, in a secret ride called Tomb of the Lich.

It’s there, but maybe it’s been moved.

Snopes was secretly bought by Disney just to keep the truth secret!

When I worked at Ticketbastard, nearly all of my work (which wasn’t doodling on paper, drinking coffee, and bullshitting with people) involved selling tickets to ice skating events in New York. Hardly a day would pass without me amusing myself with some cryo-Disney thoughts.

I generally consider Snopes to be as trustworthy as the rest of the Internet.

They try. They really try.
That alone places them above at least half of the internet.

The cartoon first makes me laugh.
Then it makes me think of Ted Williams, and I really get kinda queasy.

A new book by a former employee of Alcor, the company that froze Ted Williams' remains, alleges the baseball Hall of Famer's body was mistreated by the company.

Ted Williams’ son was obsessed with cryonics and had Ted’s body frozen, likely against Ted’s real wishes. The freezing job was not done with any medical oversight and appeared to be horrendously botched, as far as making any attempt at preserving bodily and brain tissues goes. Then, for, um, cost-saving measures, Williams’ head was separated from his body, and, then things just get more jaw-droppingly (pun not intended) bizarre and gross.

Workers at an Arizona cryonics facility mutilated the frozen head of baseball legend Ted Williams - even using it for a bizarre batting practice, a new tell-all book claims.

Two hundred years from now Walt Disney gets thawed out, restored to his youth, then finds out it was all done by non-white doctors and asks to be put back to sleep.