Superstar Limo: The story of Disney's "worst attraction ever"

Watched this a while ago. Quite the mesmerizing trainwreck. I feel deep sympathy watching Mr. Carey die inside. Truly, fame comes at a price.

I hadn’t heard of Angels Flight previously. The Wikipedia article is quite thorough: 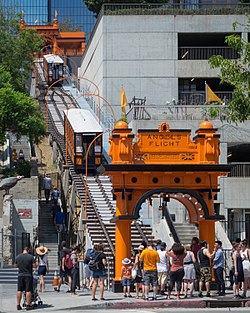 Angels Flight is a landmark 2 ft 6 in (762 mm) narrow gauge funicular railway in the Bunker Hill district of Downtown Los Angeles, California. It has two funicular cars, Sinai and Olivet, running in opposite directions on a shared cable on the 298 feet (91 m) long inclined railway. The funicular has operated on two different sites, using the same cars and station elements. The original Angels Flight location, with tracks connecting Hill Street and Olive Street, operated from 1901 until it was ...

From what I recall of Disney World many decades past, it does strike me as generally par for the course – except for being very poorly conceived and sharply constrained by budget.

Kevin Perjurer? Man, what kind of shenanigans did that guy’s ancestors get up toe?

He’s English and, when that was filmed, something like 11 years old at most. So… yeah, probably - he’s just that good.

Granted, I haven’t been to Disney since I was a kid, but my recollection is that even the most wretched of the rides were better than that - they even the rides that relied heavily on lazy 2D cut-outs (e.g. Mr Toad) had more elaborate sets. I don’t think the team responsible for this one had their hearts in it.

Watching this, a ride about LA in LA, it makes me think that Disneyland needs a Disneyland-land ride, where you go through miniature versions of all the Disneyland attractions, and you get to see animatronic kids barfing after getting off the roller coasters or Small World, etc.

Not at all.
Disney rides are generally some of the best-designed in any park on earth. They’re legendary for their storytelling and craft.

Superstar Limo was done on the cheap, rushed, and was the kind of ride you get when you’re a Hollywood exec who thinks that showbiz-insider jokes are universally funny.

Hey, you’ve already volunteered for Disney hell. How much worse can it get?

What a sad story.

I was hoping for something funny that would lift my spirits.

I must have missed the painted Masonite Weinstein leading you to the casting couch. 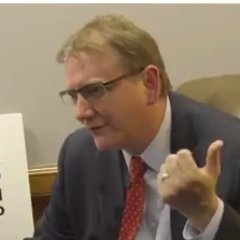 How can Disney call a $15 minimum wage a "job killer" after rewarding its CEO with up to $423 million in compensation? You want to know what the real job killer is? Paying workers wages so low that they can't afford basic living expenses. ocregister.com/2018/05/18/ber… 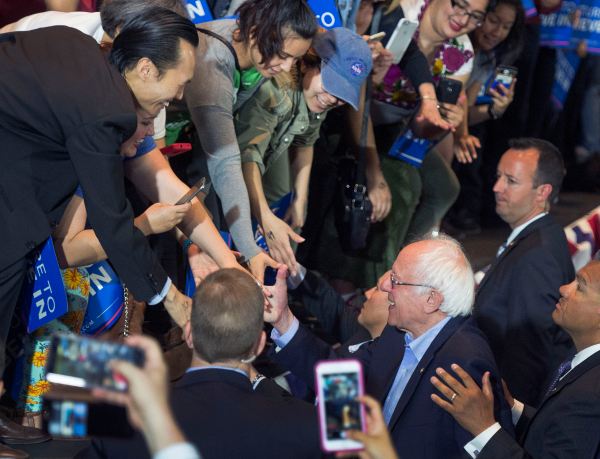 Bernie Sanders will meet Disney workers in Anaheim on June 2, ahead of proposed...

Sen. Bernie Sanders, a vocal critic of the Walt Disney Co. since his 2016 presidential campaign, is coming to Anaheim to meet with workers from businesses in and around the Disneyland Resort. Sande…

So why does the front of the car look like Rolls Royce and the back like a split window VW bug?

Gosh, it’s been a long time since I watched Major League. 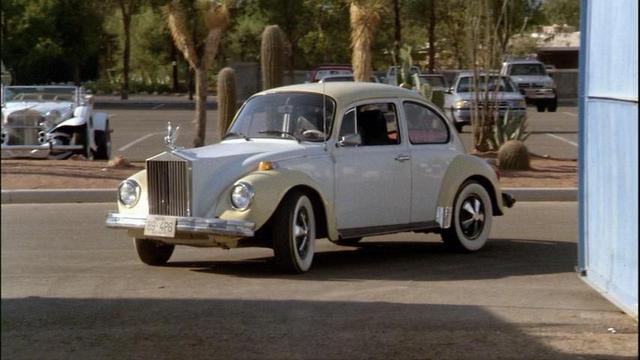 So basically a cheap substitute for the real thing. I’m sensing a theme here…

Okay…now do “Alien Encounters” Eisner told them “Make it scary” and kids were crying and freaking out in Disney World. Heck…I was an adult and it freaked me out.

Total Darkness…and a Alien has escaped in the room. You’re strapped in a chair and for one of the effects a cast member on a catwalk above you gets ripped apart by the Alien and warm liquid falls on you.
The Alien also licks the back of your neck. 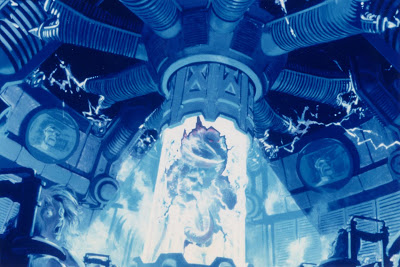 Disney Had to Close its Scariest Ever Attraction. Here's Why.

LOST LEGENDS: The ExtraTERRORestrial Alien Encounter: Enter into the breathless darkness that powered Disney's scariest attraction ever. A generation was left scarred and yet stunned by an attraction that pushed the boundaries. Learn how gnashing...

They toned it down and then eventually replaced it with snitch.

Okay…now do “Alien Encounters” Eisner told them “Make it scary” and kids were crying and freaking out in Disney World. Heck…I was an adult and it freaked me out.

It was originally intended to be a laser-tag Nostromo attraction. Even as it was, it was a terrifically scary attraction that had no place in the park it was located in. The Stitch attraction is a poor replacement but I deeply wish it’d been moved to Hollywood Studios where it belonged.

yea…but remember, it was a repurpose of a existing show building in tomrrow land. 'Mission to Mars" So they basically had that to work with, with the pneumatic seats and the ‘theater in the round’ design.
Eisner wanted to make Magic Kingdom more appealing to teenagers and thought that was the thing to do.
The Showbuilding is problematic…Snitch won’t be missed…However, I’m told that the Snitch gift shop sells more merchandise than any other ‘exit through the gift shop’ in Disney world.
So, basically we’re stuck with it as the Suits see it as a gift shop with a attraction attached.

Disney rides are generally some of the best-designed in any park on earth. They’re legendary for their storytelling and craft.

Just look at the collective BB circle jerk for the Haunted Mansion.

I may be critical of Disney but they know how to theme park. You may not get the most thrilling rides but by and large they are impeccably done.

However, I’m told that the Snitch gift shop sells more merchandise than any other ‘exit through the gift shop’ in Disney world.

Three issues here:
• The attraction is only open seasonally at this point after officially shutting down “permanently” a few months ago – then re-opening temporarily.
• There isn’t a Stitch-specific gift shop attached to the attraction.
• The character’s name is Stitch.