I never saw this before - but I did go to that Arcade Fire / Spoon gig.

I didn’t steal her bike, though.

Ten years ago, one Leeroy Jenkins became a famous name in World of Warcraft and in general for his eponymous battle cry preceding his ill fated, unprepared charge into battle which doomed the rest of his team.

The creator of the star character in the viral video, Ben Schulz, was a guest speaker at a following Blizzcon, and was verbally thanked by Blizzard for helping to make their game popular, but it never went any further than that as far as being personally recognized.

And while Leeroy Jenkins, the character, continues to make appearances as recently as his own card in Blizzard’s Hearthstone card game; Leeroy Jenkins, the player, has lived an ordinary life barely making ends meet, never able to monetize the popular, still recognized character he created.

If her worked for the Post Office - he’d have a pension to look forward to in his old age.

I had a Pinterest pin that went viral. It was amusing to open my email every day and find that the Brookstone Kitchen Island was making its rounds still. Nevertheless, I couldn’t for the life of me figure out how it might give me anything. There was no way to link it to a Kickstarter or even to something that remotely represented my own creative interests. Like the author, my pin was one of the stupider ones I ever put up.

If you want your viral 15 minutes to last, just say something stupid. Then the repercussions can be outsize and permanent. 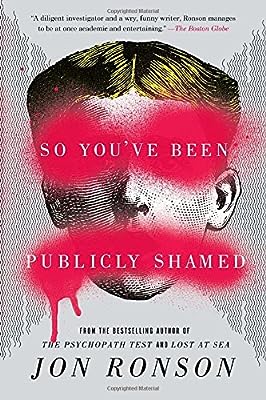 So You've Been Publicly Shamed

Now a New York Times bestseller and from the author of The Psychopath Test a captivating and brilliant exploration of one of our world s most underappreciated forces shame It s about the terror isn t ...

Speaking as someone who had a successful business grow directly (and accidentally) from a viral spread, I’ve also learned there is another aspect to said windfall.
Trying later to recreate a viral success intentionally in the same vein as the “accidental” one is insanely difficult. Even if your first exposure makes you widely known, trying to replicate it is essentially the same as starting as an unknown. So even if you are able to monetize your “pennies from heaven” 15 minutes of fame, maintaining it and/or reproducing it is often nigh on impossible.