VoCore2, a PC the size of a postage stamp, runs DOOM

I imagine that the systems-on-a-chip inside WiFi SD cards are slightly smaller than this, but you sure as hell ain’t running DOOM on one of those. 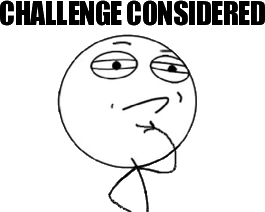 That’s a tad misleading title: “PC the size of a postage stamp …” Since when PCs sported MIPS CPUs? VoCore 2 is a common cheap Mediatek wireless SoC meant for the cheap wireless routers and access points, so the performance will match.

Cute board, though, and not expensive. It would be interesting to compare it with RPi Zero W, especially taking into account the development ecosystem. The Chinese SoCs are notoriously terrible in this regard, often requiring use of dodgy/bootleg copies of development tools downloaded from some Chinese forums.

I don’t usually complain about vertical video but this one’s just silly.

On the margins of playability?

580mhz should be way overkill for Doom.

Any computer which you use yourself is a PC. You can get SGI MIPS machines like the Octane for next to nothing these days.

A 386SX was good enough to play Doom on, but not Doom II.

Came here to post that. Obviously it’s not quite an apples-to-apples comparison with a nineties PC, but still. It should be able to run Quake without breaking a sweat.

Perhaps it’s a very crude port – running in an emulator, or a Java version or something – in which case fair enough, though it’s an odd way to show off the thing’s capabilities. But it might be a problem with video bandwidth, like, it has to copy out a framebuffer through a generic serial interface for every frame; that would be more discouraging.

Unless I’m mistaken the naming conventions go something like this: Doom I - III, and DOOM.
I’m thinking that this little gadget would likely have some difficulty with DOOM.

Unless I’m mistaken the naming conventions go something like this: Doom I - III, and DOOM.

And you are very much mistaken
/Murray Walkerism

Doom (officially cased DOOM) is the first release of the Doom series, and one of the games that consolidated the first-person shooter genre. With a science fiction and horror style, it gives the players the role of marines who find themselves in the...

But it does have wifi. Surely that could be pretty speedy?

(I assume this is how the Wii U does this with the Game Pad. It sure seems playable enough.)

Yeah, yeah, I know. It’s just that I read a bit about games and I often see the latest Doom refereed to as “DOOM (all caps)” and the other three as Doom I - Doom III.
Oh, see, just as in the text in the wiki entry that you sited.

I think I have also seen it referred to as DooM, but that looks like it is unofficial. Anyway, it should be DOOM.

You mean, if it was streaming the game from another computer? I assumed it was running on the SoC itself.

(By “video bandwidth” I meant the bandwidth between the CPU and the display; that’s not normally a limitation, but it could be if there’s no GPU involved, and the SoC is communicating with a self-contained display module over a slow serial connection. You often see that with microcontroller projects, but it’d be kina lame for something billing itself as a “PC”)

The first Doom is not called Doom I.

There was Doom, then Doom II, then they stopped mattering.

Oh, well… maybe.
DOOM was alright.
Better than in some estimations.

I though it was alright.

But it might be a problem with video bandwidth, like, it has to copy out a framebuffer through a generic serial interface for every frame; that would be more discouraging.

Substantially faster than basic microcontroller serial; but compared to a real video interface I imagine that it’s a bottleneck. Especially when it doesn’t even claim to be good for more than 25fps on a 800x480 display. Hammering on the USB can’t be helpful for CPU use.

I know. It’s really hard to play it that way.