Originally published at: Walmart selling cheap 30-terabyte SSD—and it is of course a scam | Boing Boing

I use Linux and probably would format it say with ext4, would I get my money back? Or would they give me the tired excuse “we don’t support Linux” 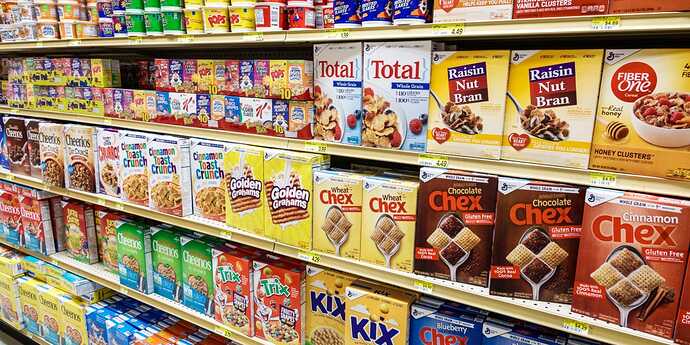 From toilet paper to candy bars, companies hide rising costs by shrinking the...

The prices of consumer goods are increasing, from food to household necessities. Some companies are hiding this by shrinking product sizes instead.

Rob, are you aware that the Boing Boing store has sold equally fake “2 TB” SSDs just like this one, and even promoted them on this very blog? 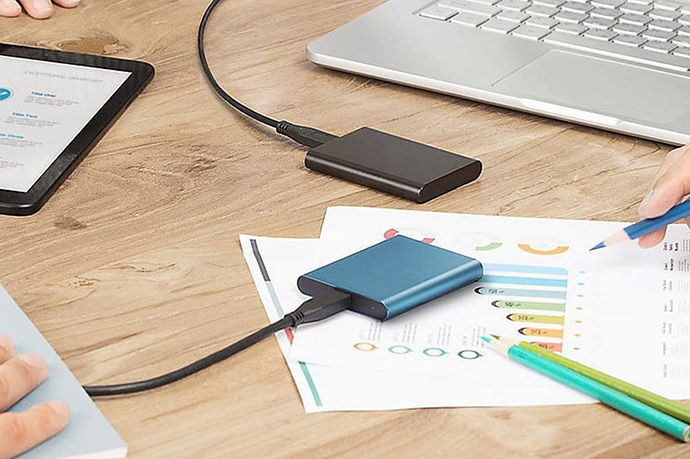 It’s safe to say that most of us need more storage. In fact, we will take it however we can get it. And when it comes to data storage, in particular, not having enough can make you feel&… 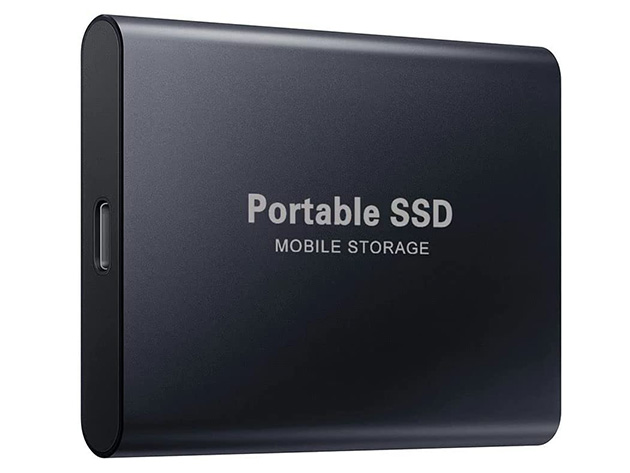 No Installation Needed! This Portable SSD Works as Perfect Mobile Database For You

I bought two. They never performed as advertised and both failed completely within 24 hours of first use. My money was eventually refunded, but the distributor “UGR Tech” is still having their products promoted through the store (although apparently not these specific ones anymore, which are listed as “sold out” now).

I understand that this may well be something you don’t have control over (I don’t know what Boing Boing / its parent company’s structure looks like these days), but I thought it was relevant.

the Boing Boing store has sold equally fake “2 TB” SSDs just like this one, and even promoted them on this very blog

I’m still trying to get Stackcommerce to refund my money. I initiated a chargeback on the transaction when they took a long time to get a “response from the vendor” after requiring a picture of the drive connected to my machine.

I cancelled the chargeback but Stackcommerce says it’s still showing up and want a letter from my bank saying the charge was removed with information the bank doesn’t supply automatically. I’ve written my bank requesting this information but I doubt I’ll get it before the 2-month window to contest a charge expires.

DO NOT EVER buy anything from Stackcommerce except a training class. Even then, the Go programming class was from 2009 and many aspects were outdated and the video was fuzzy. At least I can understand the guy giving the lecture.

i saw when they listed those, instantly figured it was too good to be true, very glad you got your money back.

I haven’t analyzed one; but my suspicion is that the ‘maintains the directory structure for plausibility even as it corrupts files’ is based on the fact that FAT filesystems always put the file allocation table toward the beginning of the disk(just after the reserved sectors, which are typically of trivial size), so the controller they are using doesn’t need to have a terribly clever understanding of the filesystem to maintain the illusion; just enough to faithfully record changes to the blocks where the file allocation table lives while tossing the rest on the floor as needed. (That said, though, one of the reasons FAT sticks around is that it’s comparatively easy on lightweight embedded devices; so it would be feasible to implement something that looks like a FAT-formatted block device of your chosen size; but handles all the choices about data to store and data to throw away on the controller, probably using a pretty cheap microcontroller at this point; I’m just not sure why you would bother working harder when it’s impossible to produce something that will fool even a slightly sophisticated test; and you can fool the ignorant with less effort.)

Switching to any filesystem that handles metadata in some less predictable way would presumably break the illusion more quickly(potentially even at format time, if certain structures are located at the end of the partition rather than the beginning in that particular FS); but I’d be pretty shocked if they tried to deny a return on a product that’s transparently a scam(cleverly, or perhaps as a side effect of cutting costs on the controller, the drive has utterly atrocious throughput, so doing a ‘write known data to it and then read it back’ test, standard for storages devices you suspect of lying to you, would take ages; but it would fail).

If you look through Amazon, just about every flash drive or external drive has a string of reviews like this.

Even the big names that you trust will subcontract to shady operators, so Seagate and SanDisk will accidentally (?) ship you garbage drives, corrupt drives, false reporting drives, all of it.

You should definitely test any drive you buy immediately, and return it. You might get luckier with its replacement!

Just a PSA: at time of writing NAND flash will typically run you a trifle over 10 cents per GB(spot price is less; but that doesn’t count controller, packaging, etc. and only applies to volume buyers); potentially rather more if you want the good stuff(not using bargain NAND, overprovisioning, PCIe5 controllers, nontrivial DRAM caches, and PLP all come at a price; as does particularly high density packaging).

With the potential exception of small flash drives and memory cards whose absolute prices are low enough to have them show up as loss-leaders, pretty much anything alleging a price lower than 10 cents/GB is lying. Something that would require NAND to cost .25 cents/GB is obviously lying.

Here is an interesting story about someone dealing with those sorts of…irregularities…in what was supposed to be official Kinston product.

I was not aware of it—StackCommerce runs the shop and writes the posts for it—but I heard the devil’s laughter when I clicked publish.

I just recently updated my backup system, I needed 2 internal and 2 external drives. I bought them from Amazon but I always buy 4 different brands or models because it increases the odds of not getting multiple bad drives from one manufacturer.

One of the external drives was bad out of the box, Amazon refunded my money as soon as UPS scanned the label.

I always buy stuff like that sold by Amazon shipped by Amazon because the returns are flawless.

The only other place I would buy drives from is Microcenter.

All that to agree with you, test immediately.

A FAT32 volume can have a maximum capacity of 2 TB. So there wouldn’t even be a point to trying to format a 30 TB drive as FAT32 since only the first 2 TB could be reached. 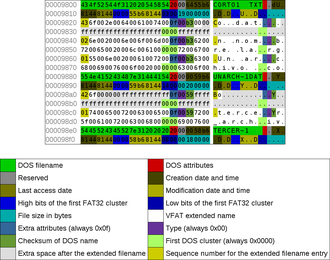 Design of the FAT file system

A FAT file system is a specific type of computer file system architecture and a family of industry-standard file systems utilizing it. The FAT file system is a legacy file system which is simple and robust. It offers good performance even in very light-weight implementations, but cannot deliver the same performance, reliability and scalability as some modern file systems. It is, however, supported for compatibility reasons by nearly all currently developed operating systems for personal comput...

I was assuming exFAT. That seems to be typical for external drives advertised as being PC and Mac compatible once you get to larger sizes. Definitely more complex than FAT32; but still not nearly as hairy as NTFS or APFS.

There’s something very disturbing to me that the retail landscape is such that it allows these kinds of outright frauds to happen through major retailers like Walmart (even if Walmart isn’t selling the product themselves - which is its own issue…).

It’s like we’ve returned to the 19th century where there aren’t any kind of consumer protections, anyone can set themselves up as a seller, lie about what they’re selling, and disappear once the fraud starts becoming obvious. Except it’s actually much worse than that, as we’ve apparently ended the period where there were retailers that actually did even cursory checks of the quality of the products they sold (or at least checked they were remotely what they said they were), and the entire retail landscape is now taken over by the equivalent of the guy standing on a street-corner selling dodgy goods - only it looks like you’re buying from a trusted retailer.

Oh yikes. So it’s even more ubiquitous and persistent a threat than it appears…

Even the big names that you trust will subcontract to shady operators, so Seagate and SanDisk will accidentally (?) ship you garbage drives, corrupt drives, false reporting drives, all of it.

I have always gotten good flash cards buying from the sandisk manufacturer store website. Whereas buying on amazon and ebay, it seemed like half the cards I got were bogus. If you have links to sandisk selling corrupt cards that would be good to know.

In medieval times, “giving short weight and measure” (i.e. a merchant defrauding a customer by handing over less than the customer had paid for) was a very serious crime. In Islam, it is “the twenty-fourth great sin”.

In the dominions of the Grand Signior (Turkey), if a butcher sells short weight … his meat is all given to the poor; he is then tied to a post all day in the sun, and a piece of the stinking meat is hung close to his nose. This done, he is sentenced to pay a sum of money to the poor. For a second offence he is bastinadoed, or receives some other kind of whipping, and his fine is then heavy. For the third offence he suffers death.

Giving short weight or adulterating products with inferior ingredients were among the earliest forms of fraud, and were punished severely. Laws against short weight are the origin of the baker’s dozen (i.e. 13). When selling a dozen loaves, bakers would throw in a thirteenth loaf for free, to make sure that they didn’t inadvertently give short weight.

If buying flash storage it’s always worth testing it as soon as you recieve it.

I recieved a fake SD card once, sending them a screenshot of one of these utilities after running it got me an instant refund.

Where I worked at before, a coworker that handled backups but was not techy at all (don’t get me started how she argued with EMC over how their backup system worked) had picked up some cheap 256 gig thumb drives before they were all over the place. She got them for like $15 and could not get them to work right. Brought them into the office for me to look at and I was like, 256 gig is not going to be that cheap. She just could not believe they were a fake. I downloaded a couple of apps that literally show you the drive was modified to look larger than it was. Still she was like no. The key to those was she got them real cheap but paid like twice that in shipping so they were like sure, we can refund the drives but shipping is not refunded. And just recently my dad said he got a great deal on a 15TB recently for only $50. I at least got to look at one of these newer fakes in person, it read close to 128 gig was the space hiding behind the 15TB, I did not pop it open since he was going to at least get his $50 back from Amazon. That was one thing I noticed was it was really really glued together.