Wanna grow your own tumbleweed? Now you can!

Second degree (sun)burns scares the shit out of me too.

I was an indifferent gardener, back when I lived in a cinderblock shack across from the headquarters of Joshua Tree Nat’l Monument (now JT Nat’l Park). Behind the resinous big creosote bushes (Larrea tridentata) that somewhat screened my shack from outside view, I planted cherry tomatoes, jalapeno peppers, desert tobacco, and Russian thistle. Dog packs pissed on the latter; the weeds tumbled away, doubtless spreading the urine scent. Call it pee-mail.

Tribulus terrestris (earthly tribulation) is not just an Arizona thang. I grew up in a Los Angeles suburb, beset by these 'sticker weeds" in bike tires and bare feet. These little pesky plants can ruin a childhood. 8-(

One man’s ‘interesting plant’ is another man’s ‘kill it with fire!!!’

Just within two weeks after relocating to the San Fernando Valley from B’klyn/Queens, I and three schoolmates (all working for the same company) were attacked from behind by a huge tumbleweed that merrily bounced along Victory Blvd. Walking back from Cables Restaurant, the tumbleweed struck George who, having grown up in rough and tumble South Brooklyn, assumed a fighting position the instant contact was made; his fists were up. We supposed he must have thought he was being mugged. There were jokes later about the intelligent tumbleweeds in that one Outer Limits episode, but we found the worst tumbleweeds to be the much more numerous smaller ones that were the ideal size to get trapped underneath your front bumper and get dragged along that way for miles. You’d see other sorry drivers scritching along with similarly trapped weeds and feel embarrassed for them. Stupid ass weeds stuck to the front of your ride and being dragged along and everybody witnessing your ludicrous circumstance. That was and still is typical when the Santa Ana winds kick up. Tumbleweed season in Southern California. I’ll save one other tumbleweed story for later; that one involved a blazing inferno.

I suppose tumbleweeds might be an easy choice to grow for a novice gardener.
But a word of warning - once they get going they’re an absolute bastard to prune.

One man’s ‘interesting plant’ is another man’s ‘kill it with fire!!!’

Promised “blazing inferno” story: In our test organization was an ace mechanic who was routinely sought out by engineers for his deep knowledge in rocket engine turbo-pump failures/anomalies relating to assembly and refurbishment and was often assigned special one-off tasks from Vandenburg to Cape Canaveral. He was one smart dude… but only to a point. He was blessed with the gift of gab and had a talent for making complex processes easily understood by all. That gift, that talent unfortunately extended to his usual boasting at length of his achievements and of his expertise… and of the time he made the front page of a local newspaper for starting a huge brushfire up around Palmdale, CA in the mid-70s. He was barrel-burning tumbleweeds on his property. (At that time Palmdale was not well-developed yet). Instead of allowing the weeds to burn down before adding more to the barrel, he overfilled it to where weeds ready for drop-in became exposed to the Santa Ana winds. (Yes, those winds again with their 60-90 mph gusts. He shouldn’t have been burning anything that day.) Per our mechanic, the exposed tumbleweeds – now fireballs – were launched across the high desert by the winds, setting other tumbleweeds (still rooted or not) ablaze and in turn other tumbleweeds ad infinitum. Someone had made a call because a newspaper reporter and photographer showed up while our mech was making a futile attempt to contain the conflagration before firefighters arrived on the scene. Part way through his story, our mech pulled out a newspaper clipping with a photo of him (looking skinny and much younger) fighting the fire. While telling us of how he made the papers, he was (typically, and while chewing some gum) smiling… in the same cheerful way he had recently told us of his having just completed fitting of an aerospike engine on the tail of an SR-71. Bottom Line: The brushfire was secondary, if anything at all; it was really about making the papers. Talented mech, though.

That was and still is typical when the Santa Ana winds kick up.

I suddenly want to listen to Gaucho 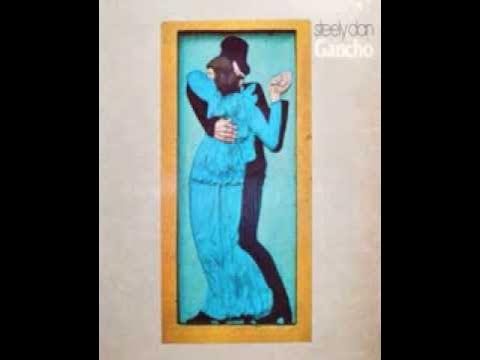 It sounds like I should be adding Steely Dan to my playlist. Thanks!

I found this article helpful, although they hold Gaucho in low esteem. Good comments, too

Pop culture can be as forbidding as it is inviting, particularly in areas that invite geeky obsession: The more devotion a genre or series or subculture inspires, the easier it is for the uninitiated to feel like they’re on the outside looking in....

Yes, very nice. Still waiting for my spandex jacket, though.

Thank you. I’ll do my typical deep dive where music is concerned. Lots of comments and critiques out there on best and worst analog to digital transfers for all of SD’s releases. In between I’ll be listening to the “obvious” big hits then work my way through from there. No slam-dunk yet re “Best of…” CDs for SD. I am so picky!

Well you’re way more thorough than I was

I went for the back catalog all-at-once, as the CDs were all $6 apiece (this was 10, 11 years ago). “They’re on inexpensive CDs? Great” & that was the end of it. Kind of ironic considering the perfectionism that went into the recordings, but most of my listening these days is in the car or on foot; there is no pristine listening room nor uninterrupted time to sit therein.

It was a long time before I could tolerate Steely Dan, much less enjoy them. I’ve posted here before about being in elementary school, around the time Gaucho came out, and we had a very irascible gym teacher who made us line dance to “Peg” and “Hey Nineteen.” I could not hear Steely Dan without imagining her going apoplectic, ranting raving and shrieking (at all of us) over some perceived infraction (committed – or not – by one of us). When I found out what “Steely Dan” meant it raised them in…

Since we are already off-topic (I mean, look, there is nothing else rolling through this thread except for the occasional tumbleweed now) I want to also recommend Donald Fagen’s solo album “The Nightfly” - it has a lot of themes that may resonate with boingers, and I was extremely excited last night when “The Goodbye Look” was the final needle drop on the second episode of Pokerface…

I.G.Y. is probably the best known song from it though - and maybe even more relevant in today’s tech environment than it was when it came out - it could as easily be a critique of todays techbros as the space-age techno-optimism 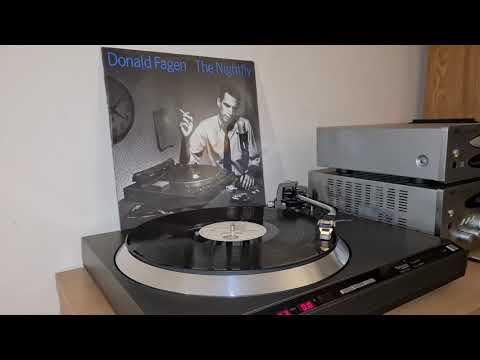 There was a video for “New Frontiers,” it was on MTV quite a bit, back when 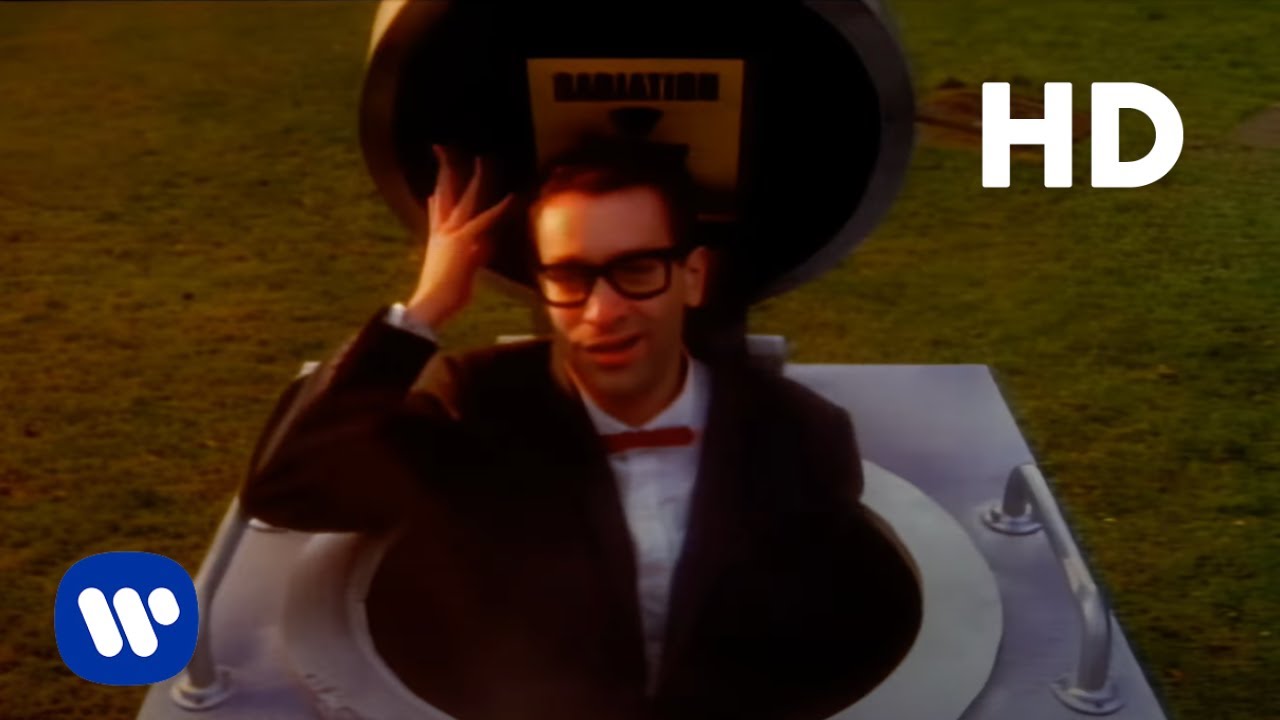 Russian Thistles, which dry-out to become tumbleweeds. are wind-blown herbs of doom – devouring small mammals and reptiles, engulfing odd toddlers, overpowering VW Beetles and Fiat 500s. Wise pedestrians and cyclists flee. Sadists throw them over private walls to clutter against costly structures. Realists harvest them while young and soft (the Russian Thistles, not the people) and brew tea from the blooms. Fantacists craft perfumes. I’m not sure what schizophrenics do with them and I probably don’t wish to know. Likely something pervy. 8-( 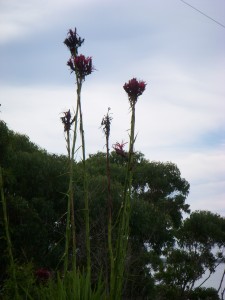 How to Eat a Triffid | Button Soup

How to cook triffids.