Wanna grow your own tumbleweed? Now you can!

Originally published at: Wanna grow your own tumbleweed? Now you can! | Boing Boing

I don’t need to grow my own. The wind blows a couple dozen of these things into my driveway every year. It’s not always Russian thistle, though. Sometimes it’s baby’s breath.

Tumbleweeds! How Fun! What could possibly go wrong? 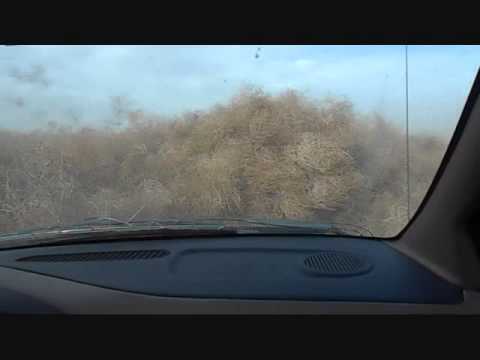 And about invasive plants!

I was confused about the name Russian Thistle for a plant that apparently grows in the United States. Turns out it’s an invasive species. This company should not be selling seeds of noxious and invasive species

Distribution: Russian thistle is a summer annual native to southeastern Russia and western Siberia and was originally introduced into the United States as a contaminant of flax seed in South Dakota in 1873. Within 20 years, it had spread to 16 western states and several Canadian provinces. It is now widespread throughout western North America, including virtually all arid and semi-arid regions of California and Russian thistle infests around 100 million acres of land.

That was great, thanks

Anybody else look at those things and immediately think

Out of stock. Hopefully the Department of Agriculture has now explained to them (with heavy menace) that you can’t just sell seeds by mail, and especially not seeds of a plant like tumbleweed.

just came to make sure this video got posted by someone

there must be a law against selling seeds for invasive weeds. if not, there should be.

My thoughts exactly. Please don’t grow this (unless you’re in the original habitat for Salsola tragus L.).

Not to mention that according to their website, they are based in Utah, where you would think they would have a good understanding of the problems with tumbleweeds…

We used to use these as Christmas trees growing-up, hanging them from the ceiling. Not the worst invasive species around here. I’d like a word with you, mesquite.

Maybe some Giant Hogweed and Kudzu too?

I’ll see your mesquite and raise you ashe juniper.