Can’t hear the music right now, but I feel it deserves this (if it doesn’t already have it):

So you finally opened the safe?

Rob. Rob Beschizza. Hear us. Your car alone we shall spare. Take this video back to your people. Show it on your blog. Show your kind this is Tumbleweed land now. Leave, now. Leave and never return.

i had a friend visit from the east coast who was blown away by tumbleweeds, in a good way. we saw one blowing down the street and she started laughing so hard… she couldn’t believe it. she said, “oh my god, they are REAL! they really DO roll along like that!” it was hilarious.

This isn’t the first time the plants have attacked!

Reminds me of “The Trouble With Tribbles.” 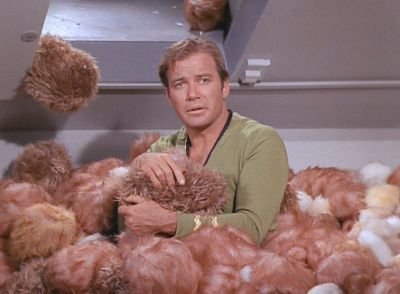 Eddie Albert June Havoc "Cry of Silence" is an episode of the original Outer Limits. It first aired on 24 October 1964, during the second season.

Strike by night: they are defenceless!
They need the sun to photosensitize their venom.

I haven’t listened to this for thirty years. I am now going to see if I have got it right.

They all need the sun. That was pretty close for half a lifetime, though. Hee!

I don’t know what that lady is on, but she probably shouldn’t be driving.

The lack of news causes me to suspect that rather than disappointing news…He found something really, really disturbing and slammed it shut again.

Then plastered the thing over, never to be found again in his lifetime.

Growing up in Southern California and then Albuquerque, my childhood memories of christmas time is a front yard with flocked tumbleweed snowmen. I’ll have to scan some photos next time I visit my folks, until then here is my obligatory tumbleweed favorite. 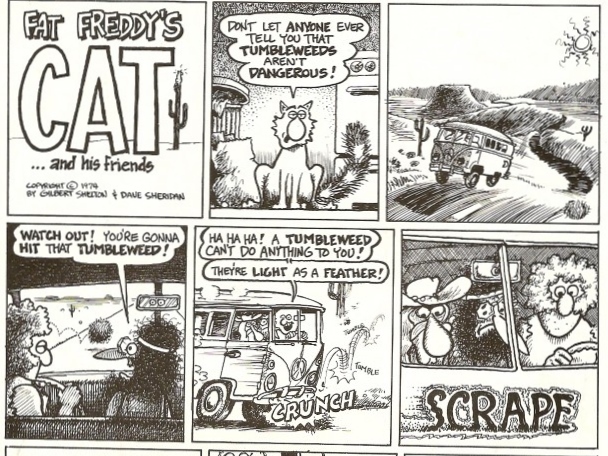 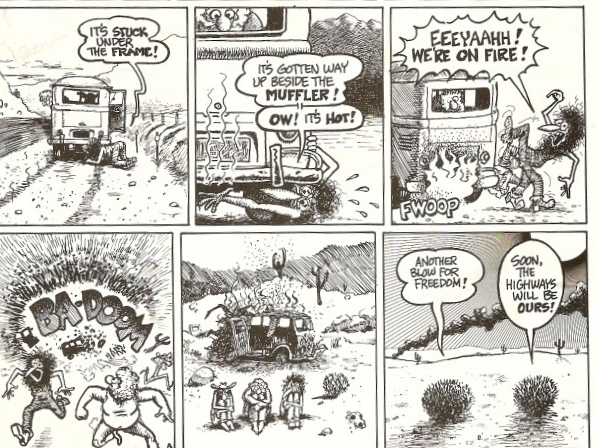 to hell with Sharknado.

Immediately what I thought of.

I think that should be ‘Tumbleweeds,’ ya’ know, like this…