Want to know what Space Force does?

Originally published at: Want to know what Space Force does? | Boing Boing

Anyone else ever play this game? 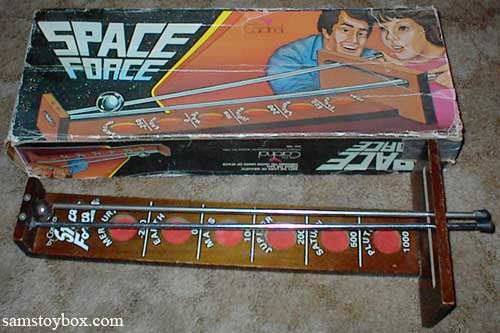 I had that game but it definitely wasn’t called that and it wasn’t space-themed! I think it just had point scores on it.

We have that, but it is called “Shoot the Moon.” It still lists the planets with those points.

Want to know what Space Force does?

Pretty much what it was doing in 1985 when it was called the US Space Command. Trump simply renamed an existing US Airforce command in order to tout it as one of his creations.

I was going to say I already saw the documentary with Steve Carell, but @Doctor_Faustus beat me to the obvious Space Force joke, so…

I think what was done was similar to when the US Army Air Corps became the Air Force. It wasn’t just a renaming, it was promotion of the organization. I agree that it was for the petty reasons you describe. Now they get, you know, special names (guardians?), uniforms, patches, and so on. But if the uniforms don’t have Legion-of-Superheroes style shoulder fins, it’s all bullshit.

I really hope they are working on defending Earth from asteroid impacts.

I loved that game! Ours, though wasn’t space themed. It was hard to play and quite addictive.

the US Space Command.

I was mostly communications, processing message traffic. I really hope that job is automated these days!

During the first Gulf War I got to call up high level officers in the middle of the night to let them know we received “flash” message alerts for them. It was almost always just routine stuff, but they still had to come down to the com center in person anyway, verify identity, all that. It got to where they’d answer the phone call (at 03:38 or whatever) with I’d get “Airman $lastName? Yeah, I’m on my way. See you in 20.”

Once in a while they’d bring us coffee.

I’m surprised he got an interview with the head of the Space Force. And I’m surprised that the general sat through and put up with Ronnie’s shtick. And are they really called Guardians?

That would be spare-time thoughts from some of the stranger corners of our nuclear weapons labs. Seriously, there are people pondering it and occasionally throwing some computer cycles at the problem. Allegedly there are a few very high-yield ABM warhead parts laying around (OK, safely and securely stored in bunkers) that might be useful - we just need a ragtag group of retired astronauts and weapons physicists to carry out the mission.

We can produce the energy, the trick is finding the time-machine to get something deployed quickly enough. Heck, a good portion of the earth-orbit intersecting objects only get discovered after their nearest approach…

That would be spare-time thoughts from some of the stranger corners of our nuclear weapons labs.

This might actually be a good argument against thinking about asteroids as something to be dealt with as a military threat. Blowing up an asteroid on a collision course toward Earth wouldn’t solve the problem, it would just cause a bunch of smaller asteroid impacts instead of one big one.

If you can detect the thing early enough it would be far better to just divert its trajectory by a fraction of a degree so it harmlessly passes us by.

This is my first time seeing Ronnie, and the shtick comes on a little too strong a little too fast here, IMHO. I’m also surprised the general didn’t get up and leave as soon as “Why is it called the Pentagon?” opened the interview. 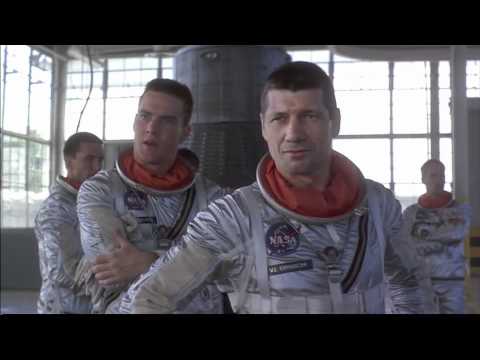 I was very curious to hear what Space Force does, but the interviewer was being a dick and I couldn’t keep watching. “Do Chinese satellites have chopsticks coming out?” Ai ya!

Maybe I’ll just mute the questions and listen to the answers. That should help!