Want to ride a penny-farthing? You need a top hat!

Originally published at: Want to ride a penny-farthing? You need a top hat! | Boing Boing 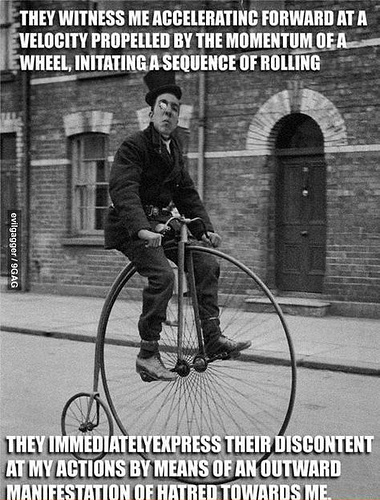 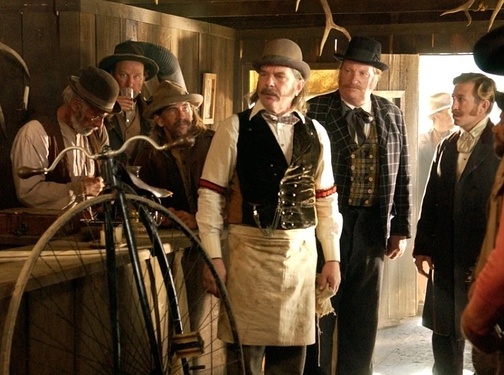 That, Sir, is a Velocipede! The gent’s Boneshaker model! 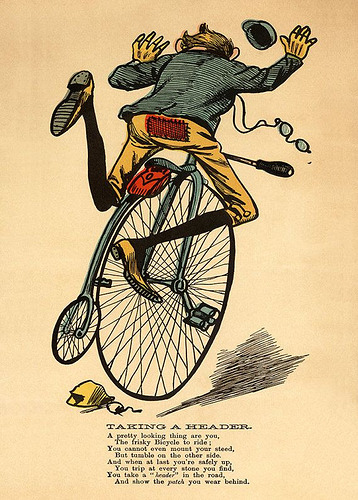 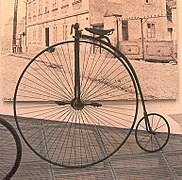 A penny-farthing in the Škoda Auto Museum, Czech Republic Two men ride penny-farthings in Santa Ana, California, 1886 A penny-farthing race at Crystal Palace, London, March 1889. Two highwheel cyclists at a pressconference in Ystad ahead of the "Sweden 3 Days Highwheel Race" 2020.

“An attribute of the penny-farthing is that the rider sits high and nearly over the front axle. When the wheel strikes rocks and ruts, or under hard braking, the rider can be pitched forward off the bicycle head-first. Headers were relatively common and a significant, sometimes fatal, hazard. Riders coasting down hills often took their feet off the pedals and put them over the tops of the handlebars, so they would be pitched off feet-first instead of head-first.”

The top hat helmet in the video was definitely the best piece of tech.

Because the pavement doesn’t care what you just fell off of. 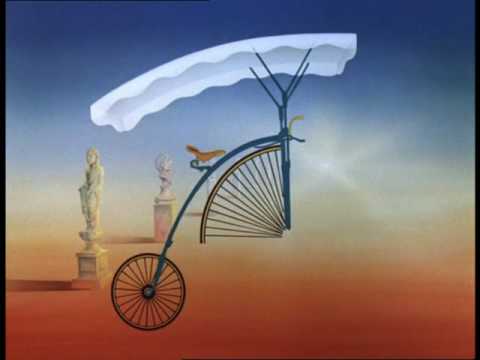 As a long term road bike, MTB, tandem and recumbent rider, the first problem I see when I look at one of these is stopping it quickly and safely - without toppling. I find it surprising that wasn’t on @jlw’s list. I have bike commuted for several years in the past, but the idea of using a penny farthing in even light traffic gives me the jeebies.

My reluctance to further consider the penny-farthing is based on its size and my lack of an appropriate place to store it without fear of theft and vandalism.

Plus, traffic lights and stop signs weren’t much in evidence back then. Try stopping every five mins in traffic on one of these!

Still, at least you have a good helmet - you’d need it.

the idea of using a penny farthing in even light traffic gives me the jeebies.

You said it! I wouldn’t take a contraption like that even on a Dutch bicycle path when in full armour. There is a reason the modern bike frame was marketed as a safety bicycle

Still, at least you have a good helmet - you’d need it. 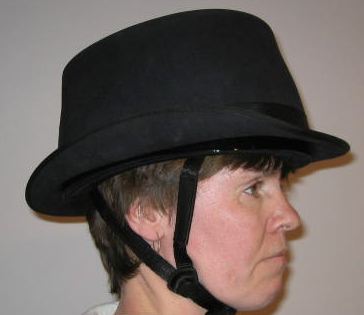 Your Turn: More than a top hat

Since barely surviving a severe head injury not quite 20 years ago, Megan Rust has known she could never risk leaving her head unprotected--even for a dressage test. So she invented a solution. From Megan: I got back into horses as an adult in 2003,...

Essentially a custom made top hat cover over a thin, but still effective skull cap.

I do not want to ride one of those, ever.

Just when I finally got comfortable watching him, he goes and puts on a coat with tails that dangle down around the wheel.

Such a weird invention. It’s as though the automobile went through a phase where suddenly the majority of them were monster trucks for a couple decades. Apparently it was made this way because the larger wheel allowed for greater speed, because people really wanted to kill themselves in gruesome head-first bike accidents back then, I guess.

It’d be cool if he could pop a wheelie.

That would be fun to try. Wonder how long it will take to grow a mustache I could twirl?

You would need a suitable bike rack. They race them every year in Maryland. Looks like this year’s race is canceled due to the pandemic but that gives you a year to train for 2022! 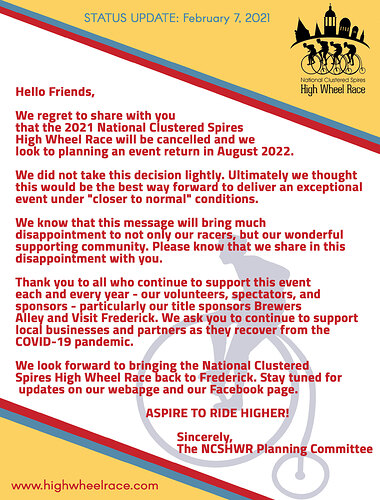 The Only High Wheel Race of Its Kind in America

Interested in racing but not sure what the race entails? Find out more about participating as a racer here. 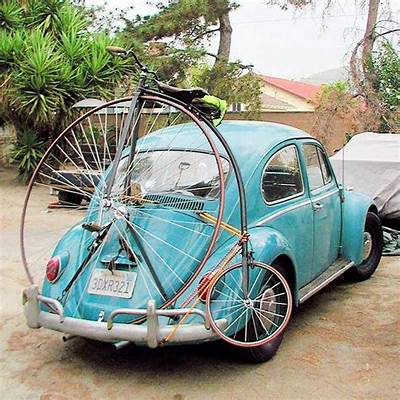 I do not want to ride one of those, ever.

Sounds like the beginning of a good, Brit comedy sketch “Once in Hell, you will be forced to ride a Penny-Farthing for Eternity.”