War criminal Henry Kissinger: "AI is the end of the Enlightenment"

AI developers, as inexperienced in politics and philosophy as I am in technology,…

Nope, sorry, Henry, that is your Dunning-Kruger talking. People working in AI will typically have far greater knowledge of philosophy than you have of technology - although if you’d left it at politics, you might have had a point.

The U.S. government should consider a presidential commission of eminent thinkers to help develop a national vision. With the new AI task force, US wants to highlight the capacity for AI to rejuvenate parts of America that has been disrupted by automation. 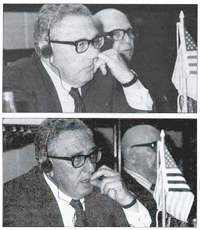 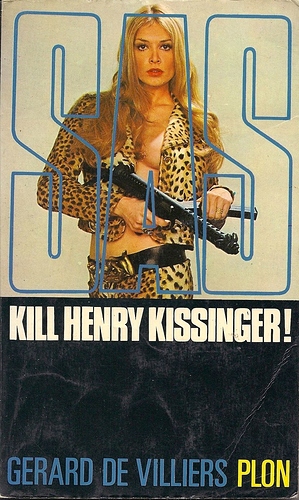 I’m looking for a search engine that will let me use boolean expressions and regexes (like, once upon a time, Google did).

When you do this, “truth becomes relative” (because we see tailored search engine results) and “information threatens to overwhelm wisdom” (I think this is war-criminalese for “reality has a well-known left-wing bias”).

It’s funny Cory goes straight to this, yet is hyper critical with Facebook and other social media creating echo chambers. I get it, he doesn’t like Kissinger. But sometimes people you don’t like can still make a point that one should agree with if they were trying to be consistent with their ideals (even if some of the rest of the statements one could argue against.)

I’m sure the SAS are more than capable of killing Henry Kissinger. They just don’t want to.

I’m sure the SAS are more than capable of killing Henry Kissinger. They just don’t want to. They just haven’t been ordered to.

As with any elite military force, what individual SAS members think or want is often at odds with what they actually do.

As with any elite military force, what individual SAS members think or want is often at odds with what they actually do.

True, but I expect the lack of desire to take out Kissinger is at an institutional level as well as an individual one.

Well Garry Kasparov is high on AI. Between the two of them there might be a realistic perspective. It’s not all death, it’s not all rainbows. I think the likelihood is it’ll empower somebody who isn’t you (for most values of you), while benefits will trickle down in the usual way.

Yeah, I can’t tell if Cory’s pissed because of material disagreement, or the fact that Kissenger is making basically the same argument, but from a different ideological valance.

And Google’s motto used to be, “Do no evil!” Those were the days, eh?

Oh! I thought SAS was a programming language. I’ve been coding in it since 1996!

Bravo on the image. Double Kubrick!

is worried about AI.

I’m worried about AI too. I’m sorry, but there is no way Spielberg will be able to properly express Kubrick’s original vision. I hope they just never release the movie.

I hope they just never release the movie.