Originally published at: Watch a 140 year-old Victorian home roll down the street and take a right turn | Boing Boing 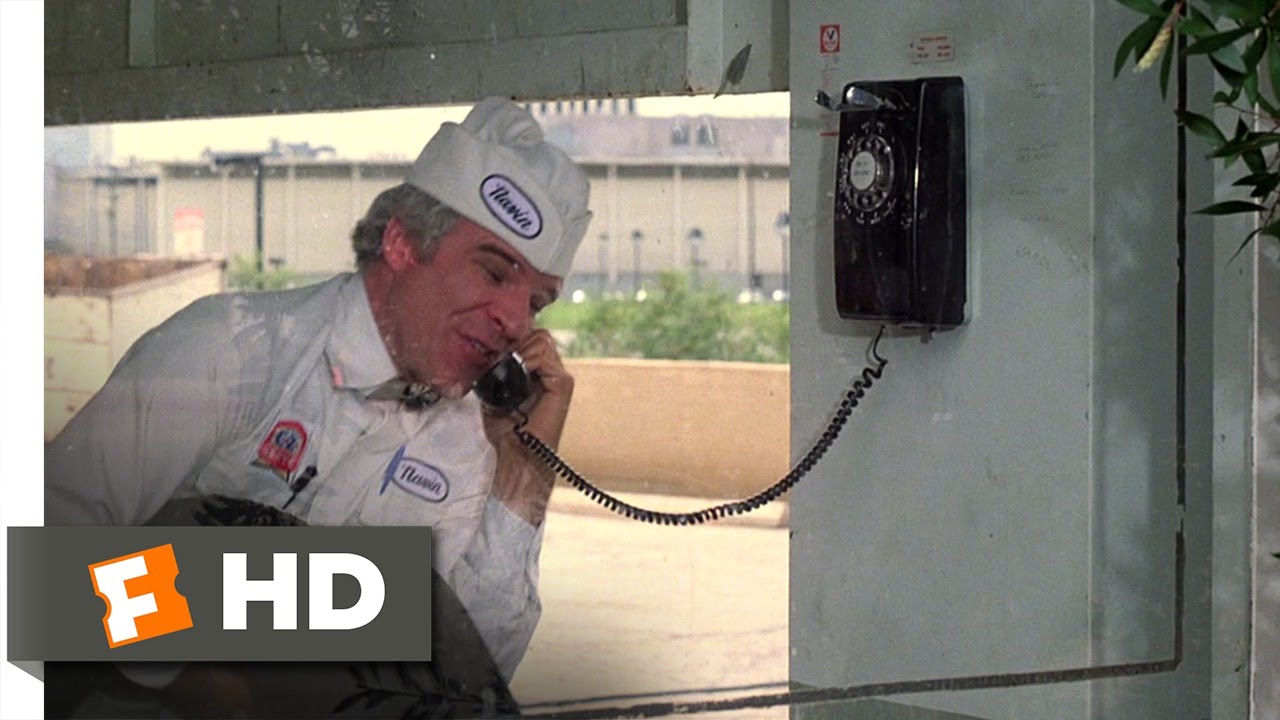 San Francisco style Victorians became so common here in SF, in the early 20th century, you could actually order one from Sears Roebuck and have the parts delivered by train.

"The other night I came home late, and tried to unlock my house with my car keys.

I started the house up.

So, I drove it around for a while. I was speeding, and a cop pulled me over. He asked where I lived. I said, “right here, officer”. Later, I parked it on the freeway, got out, and yelled at all the cars, “Get out of my driveway!”

It didn’t move very far, but the house across the street - 1750 - was moved into its own backyard and a basement added just last year: 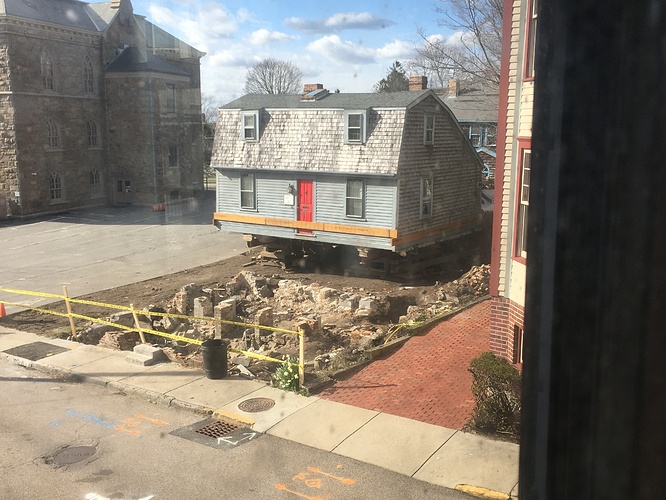 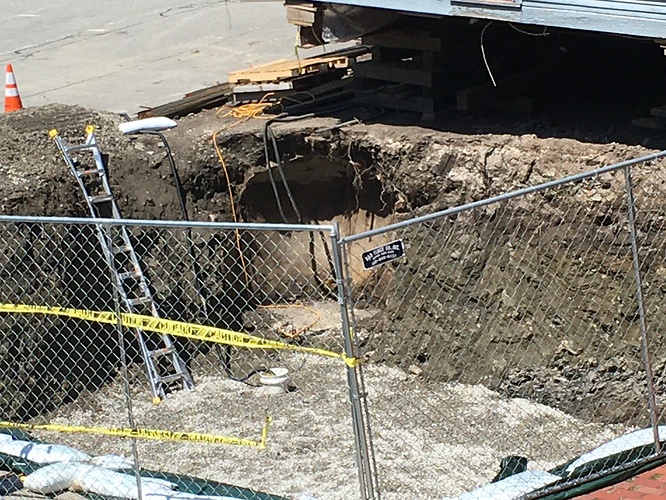 That is actually pretty cool. I would much rather we move old buildings than demolish them.

It didn’t move very far, but the house across the street - 1750 - was moved into its own backyard and a basement added just last year:

In West Lulworth in Dorset, there is a little cottage that reputedly has a timber frame brought back from Newfoundland.

I was reminded of The Crimson Permanent Assurance building; rolling through the streets of San Francisco, hunting for multinationals, conglomerates, and fat bloated tech companies to loot and pillage. 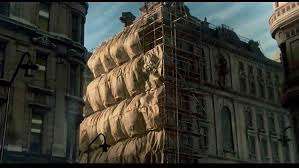 San Francisco style Victorians became so common here in SF, in the early 20th century, you could actually order one from Sears Roebuck and have the parts delivered by train.

Many houses in America or California anyways in that time period. My house is a 1905 catalog craftsman as is most of my neighborhood but you could and some did order Victorians.

Mine was listed under “Shotgun Shack, Craftsman”

That is an odd bit of marketing. Every find a pic of what that looked like in a catalog?

The two buildings will be combined into a new development, with 10 units built in the former mortuary building and the Englander House converted into seven units.

If they’re just gutting the thing anyway why go to all the effort? Just save the facade and slap it onto the new building.

Here in Binghamton, NY in the mid-1980s, they moved a house from a property on Leroy Street (which was going to be a bank parking lot) to a lot and a brand new basement on Oak Street. Its new role was to be a rectory for a local church as I recall.

The trip took it down one city block, around a corner (left turn) and halfway down another block. Streetlights and traffic lights were moved for the house-moving.

(I guess the old new London Bridge was not quite Victorian – built just before her reign – so could be moved no problem.)

(Edited to correct: the “old” London bridge was demolished in 1831.)

The house was schlepped on a remote-controlled hydraulic dolly.

And if you don’t have one, here’s how it’s done. 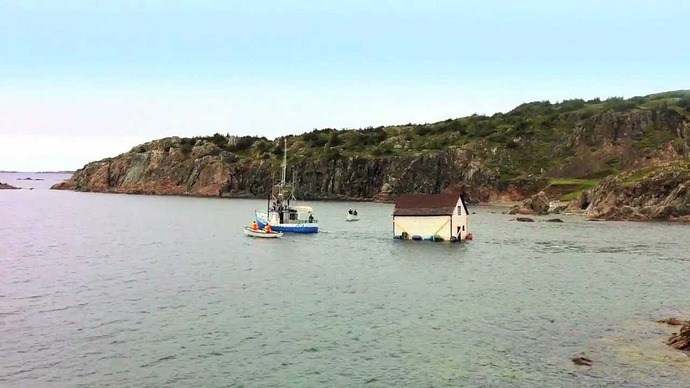 ETA: The video is worth watching as an example of what a community can accomplish working together, using only muscle power. 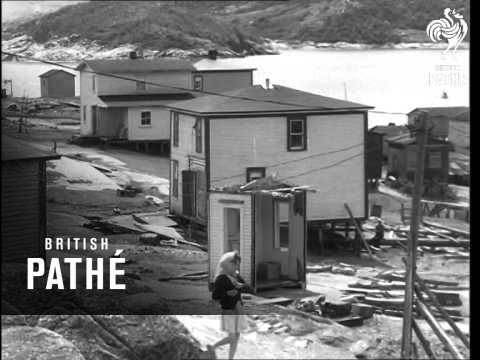 I was not aware that folks were so unfamiliar with catalog homes as to miss the sarcasm and historic reference.

Most of the Shotgun Shacks in Louisiana were of this sort. Prefab catalog homes. Mine is a shotgun shack style floor plan (can see out the front door from the back) and could be found in NOLA.

There were many companies and Victorian, Arts and Crafts, Craftsman and Mission style prefabs were available. There is still a huge modular housing market. I can not find the name of the company who built mine now, but I had it someplace and did look up their catalog. One of the really fun things for me to do is wander my neighborhood and identify the houses that bought the same kit and see what they have done to them.

My 1905 home was an incredible restoration project. It was so well built I managed to pull it off in under 3 months – and it was SERIOUSLY cracked out. I have restored two other craftsman homes – both in Marin. One was a real Frankenstein and was part pre-fab home, part fishing shack, part pier and had many washed-up boat wreck elements built-in (for real.)

I will throw together a quick photo tour of the conversion here. It was a nightmare of deferred maintenance but the really solid construction of these old pre-fab homes kept it together. There had been 3 undeclared fires and a catastrophic failure of the foundation.

Also, it sits on sand.

I’m assuming some other building(s) had to be demolished to make way for that house. Unless there are huge tracts of SF land lying waiting. Is this one of particular note, or does the owner just have the cash and the self-regard?

You beat me to it