it is more fun to watch dabblers. can we have a video about a drunken glassblower with hiccups trying to make a dragon?

Try this one – properly coordinated assistants do make a difference:

He is a glass rock star.

Do I have to be the guy that points out that isn’t a dragon?

I figured I should get the pedantry out of the way. Sure it’s technically a form of Wyvern, but no one should give a shit. I’m sure there are cultures with two legged sea dragons anyways even if dragons typically have four legs.

Yes, you have to be that guy.

The completed goblet looks very impressive – I wouldn’t hold it like this though: 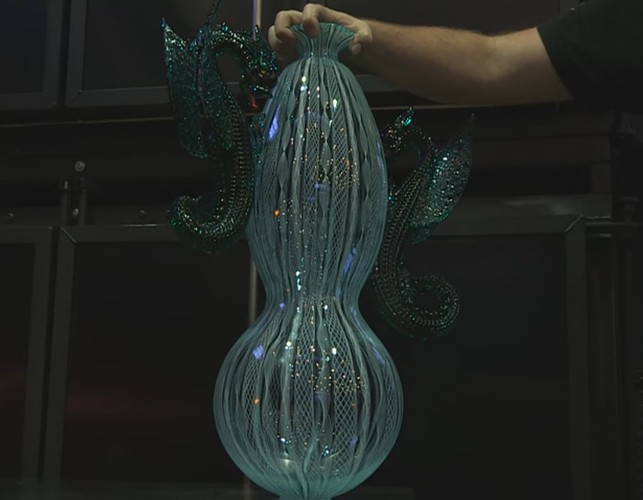 That was stressful to watch. He’s immediately starting a new piece. Remarkable composure - I probably would’ve kicked the broken pieces around, cursed a lot and got me a drink.

Well, technically he doesn’t HAVE to be that guy, but he IS that guy

He’s off the hook. You are now that guy.

crawls off into corner