Watch a pre-Alice In Chains, glam rock Layne Stayley go off about the PMRC on Seattle television (1985)

Originally published at: Watch a pre-Alice In Chains, glam rock Layne Stayley go off about the PMRC on Seattle television (1985) | Boing Boing 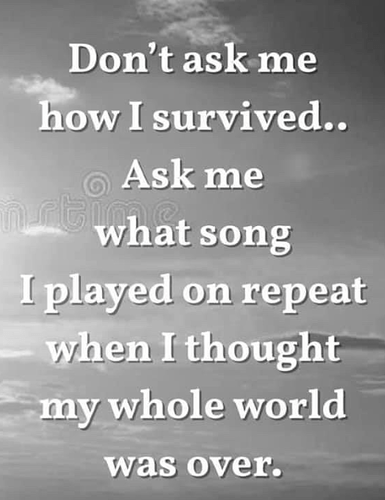 Ugh ain’t that the truth.
I had a “Goodnight Irene” one which was laying it on a bit thick.

Fun memory: I was home for Christmas in my little podunk town about a day’s drive from Seattle, late 80s, maybe '90. This guy who had moved to Seattle as part of a band shows me a grainy video of a concert in a small club. “these guys are awesome, they’re going to make it big!”. I’m like yeah ok whatever, then about a year later Alice in Chains blows up, dude was right!

Tipper Gore (then-wife of then-senator Al Gore). I think Al and Tipper weren’t seeing eye-to-eye on a lot of things (including her music crusade) even back then, but he imagined that getting divorced would damage his political career. It’s pretty telling that they got divorced shortly after he retired from politics.

the “Filthy 15” list of popular songs that most upset them, including such classics as Twister Sister’s “We’re Not Gonna Take It,” "Cyndi Lauper’s “She Bop,”

My favorite metal band from Seattle in the eighties were Metal Church (who were born out of punk band The Lewd) and my fave hardcore band from the same city was The Accüsed (yes, with an umlaut). When grunge started happening in that area, after being invented in Australia, a lot of the former local hard rock bands that broke up and formed new ones gravitated towards the ‘gritty’ and later fashionable flannel/untamed hair/logger boots.
If you look at old pics of Green River/Mother Love Bone/Malfunkshun, the glam element is there. One of my longtime friends joked about grunge emerging because musicians - thanks to the economic crisis - didnt have enough money for perms, hairspray and spandex anymore =D. I always thought, as Love Battery’s frontman said once in 1992, that Soungdarden was heavy metal and Pearl Jam + Alice In Chains, hard rock, just without all the fluff. I will always be grateful that Layne took over vocal duties for Mark Lanegan when went to see Screaming Trees in Montreal in 1993; r.i.p. dear sir!

Soungdarden was heavy metal and Pearl Jam + Alice In Chains, hard rock, just without all the fluff.

This speaks my mind.

I was as baffled as the various Seattle bands involved were that they were all lumped into a single new marketing category.

I was as baffled as the various Seattle bands involved were that they were all lumped into a single new marketing category.

I mean, they were a lot of really innovative bands from one place at a time when music really needed it. It almost had to become its own genre like “New Wave” simply so you could describe it. Probably could have found that many great acts in a lot of cities, but the Seattle area was it at that time and just crushed it.

That’s what the music press does, making up and organising new genres regardless of whether they are needed.

off-topic
Yes, I’m still insistent that Electronica/EDM is a non-description, the equivalent of saying that John Denver is the same as hardcore punk because they all play guitars. Yes, I have used the words, but only when I can’t think of a better description at the time.
/off-topic

When music stores were a thing, every time I went to look for something even vaguely obscure I’d have to search through 5 different “genre” racks while mentally composing an angry letter to the editor, and probably leave the store empty-handed anyway. A single alphabetized rack would obviously be better, and it’s not like people ever buy music just from seeing the packaging. I guess they just wanted to keep metalheads and pop fans apart to prevent rumbles, or something?

(Actually I did once buy a single based on the title alone. It was called “Britain is Shit” by Selfish C*nt, and I don’t recall it being very good. It would have been funny if it had an explicit lyrics warning sticker though)

One of my longtime friends joked about grunge emerging because musicians - thanks to the economic crisis - didnt have enough money for perms, hairspray and spandex anymore =D

I read something somewhere about how Seattle was going through a drought, drug-wise, at the time; the lone exception being a glut of heroin which the writer attributed to helping cement the Seattle sound.