I really liked that version of Dancing in the Dark. Very cool.
Man, we’re coming up in a couple years on the FORTIETH anniversary of Born in the USA album and tour. Man. IWT in Oakland, CA for one of the Oct dates.

MetLife is a big stadium, that must have something else.
There’s something about those intimate shows, or seeing someone outside at a “smaller” amphitheater that I love, BUT… there’s also something really neat about the big stadium shows, too.
When you have 10’s of thousands of people singing and cheering, that energy is fun.
The last BIG one I went to was when U2 did the Joshua Tree anniversary tour which for me was at Qualcomm stadium. I feel like a kid again when the lights go down and the place erupts (54K people, according to wiki for that one) as the band comes on stage.
Tix from the original tours mentioned above: 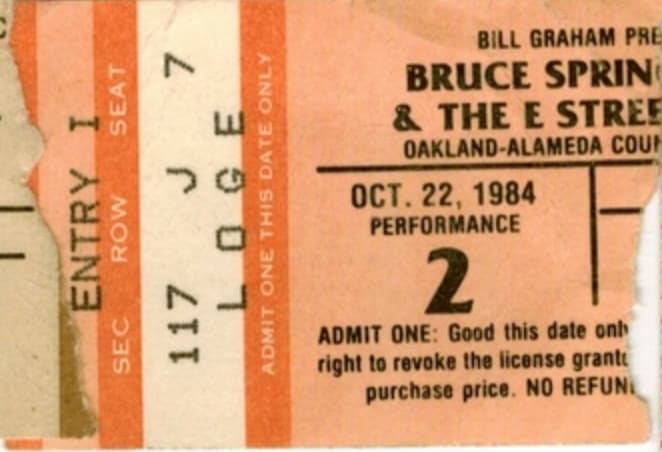 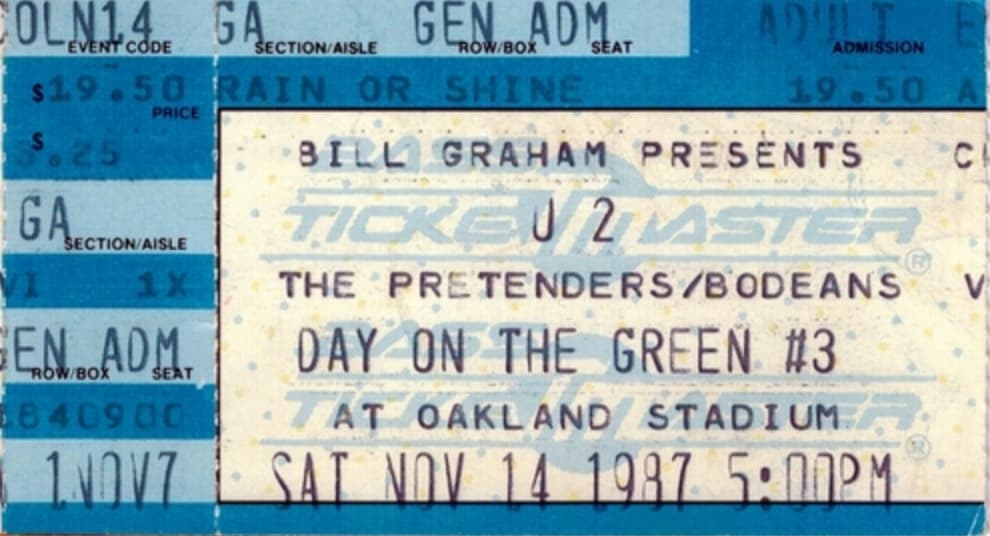 Finally. Add some spice to that bland chicken. 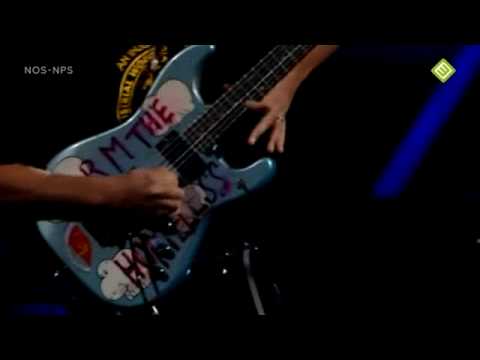 Still not sure how to feel about Bruce after he sold his back-catalogue.
Such behaviour’s also tarnished my view of ZZ Top, who I’ve loved since I was a tween, but given Bruce’s background and history of being socially progressive, it stings all the more in his case.

It’s not like these artists need the money, and their legacy’s probably great enough to support several generations of descendants.

I’d much rather ageing artists took their cues from Tom Lehrer, who made his back-catalogue public domain.

If enough of them started to do it, I could see it really shaking up the music industry.
It’s not likely to happen, but imagine the glorious chaos if the Stones or Beatles back-catalogues were made available this way.

Still, as pointed out, at least he spices up the performance of these otherwise dull Radiohead knock-offs (see also Travis, Snow Patrol, etc.)

Still not sure how to feel about Bruce after he sold his back-catalogue.

Making his back catalog public domain may not have been an option. It depends on the contracts he signed with the record labels at the time he wrote and recorded the songs. There are also separate copyrights on the songs themselves and on the recordings. Regardless, the root problem is the ridiculous length of copyright, and that’s not an issue Bruce created, nor can he fix it by releasing his works into the public domain. And I would rather the artist profit from their work than the record companies. Comparing Tom Lehrer to Springsteen is like comparing Manhattan, Kansas to Manhattan, New York. I doubt any record company exec cared when Tom Lehrer released his works into the public domain. Bruce doing so would probably result in multiple lawsuits.

the root problem is the ridiculous length of copyright

I’d go as far to argue that protection of “intellectual property” in itself is the problem.

In that particular case the main problem might be more that you can transfer the actual copyright. In Germany, for example that is not possible, you can only grant usage rights, and only within certain limits, and there is certain obligations on those who receive those usage rights. So over here if you want to put your stuff into the public domain, you can.

In Germany and many other parts of the world, the origin of intellectual property rights was in what was considered to be an innate right of the author to control and benefit from the thing they created. In the US, on the other hand, it’s really always been about the right to make copies. In other words, distributor’s rights rather than author’s rights. The thing is, the longer copyright terms started in other countries, with the Berne Convention, which set a minimum term of 50 years after the author’s death. Until 1976, US copyright terms were only 28 years, renewable one time for another 28 years. The change in the US in 1976 was, in part, to get US Copyright law in step with the Berne Convention so we could join it, which we finally did in 1989. Then Disney stepped in and lengthened the term even longer than the minimum of the Berne Convention. I’m sure if they thought they could, Disney would lobby to make it perpetual. I do think there needs to be some way to allow people who create things to, for a reasonable amount of time, be able to profit from them. Otherwise, Disney could just make movies from any stories they wanted and not share any of the profits from those films with the original authors. I like the Creative Commons approach, but that’s still protection of intellectual property.

Otherwise, Disney could just make movies from any stories they wanted and not share any of the profits from those films with the original authors.

And everybody else could use their creations and distribute them or build on them without Disney seeing a single cent from their profits. A world without copyright would be different, but I doubt it would be worse for small content creators.

I like the Creative Commons approach, but that’s still protection of intellectual property.

All content I create is Creative Commons licensed, unless it is specifically commissioned. abut only because copyright exists. I still think everyone would be significantly better off in a world without copyright and patents.