Watch: every scene in The Lord of the Rings where two women interact

Originally published at: Watch: every scene in The Lord of the Rings where two women interact | Boing Boing

Almost spit out my coffee

So, slightly more than in the books?

That’s the Extended Cut too. 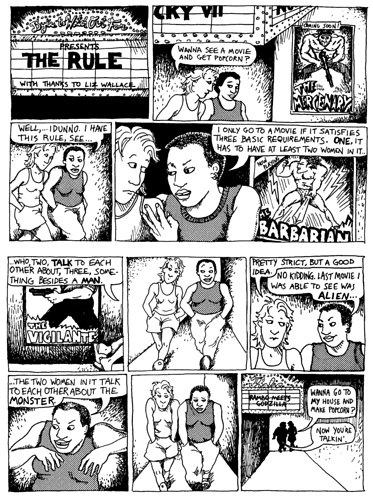 if a work that came out this week can’t pass the test, i don’t see how one that’s almost 100 years old is expected to. low-hanging fruit.

I looked it up and it turns out that women had actually been part of human society for a number of years when Tolkein published the trilogy in 1955.

Oh bullshit. It’s not like women didn’t exist then or that there wasn’t a vocal women’s rights movement at the time.

Tolkein made the choice to largely exclude women from his narrative, and I think we can talk about and why it might be without being utterly dismissive of such discussions, much like we should talk about racism from literature of that period.

Women like fantasy too and we’re a little sick of being told that “they didn’t know better back then”… well, they did, because women were talking about these things way back then.

The movies are only around 20 years old so they really could have put the effort in for 9 hours worth of film.

The fanbois already had fits over increasing the role that Arwen played… imagine their reaction if they’d managed to have Arwen and Galadrial talk together and then have it be about something other than men!

To be fair to Jackson, he did include quite a few women. Mostly being told “You’re not allowed to do that,” but we can’t have everything.

So, it technically passes the Bechdel test.

True. He did increase the number of women, and including in the Hobbit films. And he gave them more to do.

Only if “shhh!” counts as dialogue.

And of course, the Bechdel test is meant to be the bare minimum, not the gold standard.

“True. He did increase the number of women, and including in the Hobbit films. And he gave them more to do.”

Saw something recently that put Sir Mix-a-Lot to the Bechdel test. “Baby Got Back” passed in the first line:

“Oh my God Becky, look at her butt”

Only if you know these characters’ names.