Watch: Incredible video of skydiver knocking out another mid-jump - only to be saved by a third skydiver

Also, it’s hard to call this just an “accident.” One guy was hotdogging for the cameras; he negligently and incompetently veered too close to the crash victim.

Jesus Christ! So the dude that hit him hit him with his leg at 200mph? I assume his leg is broke very badly? Did he pass out?

According to the text on the FB post, the skydiver who hit him was fine and went to work the next day.

Its only the last half inch of the fall which hurts.

Zeno says you have nothing to worry about.

Indeed, we had such things on our static cord jumps. The instructor said he had one deploy once in his career. Got knocked on the head and woke up hanging from this chest looking up at his emergency chute. I was told it uses a blank shotgun shell to deploy. One lesson was: Keep a hand over the reserve chute all the time so it doesn’t accidentally open and you don’t damage the fancy gizmo.

A friend used to be a competitive skydiver. Apparently competitions consist of your team going through a prescribed set of formations as many times as possible between jumping (at a defined height) and deploying their parachutes (at a defined height). The camera operator is another member of your team, who has to stay above the formation group and try to keep them all in shot, as the performance is judged based on their footage.

TBH - I think they did kind of a good job of pivoting to a pretty good email newsletter. I enjoy it.

Its only the last half inch of the fall which hurts.

Depends on how you land. If you follow recommended practice for landing without a parachute, head first, you are right. If you land feet first it’ll be a yard or so of pain as your legs are pushed into the rest of your body.

Well, that took my pulse to 140 while sitting still. Mammals aren’t build for this stuff.

Throwing your body out of a working airplane and trusting the only life you’ll ever have to a scrap of rag so thin you can read through it. Fuck that noise.

I went in the Army after going through ROTC. I put Armor on my dream sheet because I like tanks. The cadre used to bug me about going Airborne because it would look good on my record and help with promotion. I told them the day it became useful to me because they had figured out how to air-drop a tank, I’d beat down the door to sign up, and until then forget it.

There was a concept for Airborne tankers but I dont think it was ever implemented. The old Sheridan tank could be dropped with 8 dash-one-bravo parachutes. No, the crew was not inside.
The Russians had a similar concept using the BMD (Big Momma Drop we called it).

The Russians also tried putting glider wings on the tank… 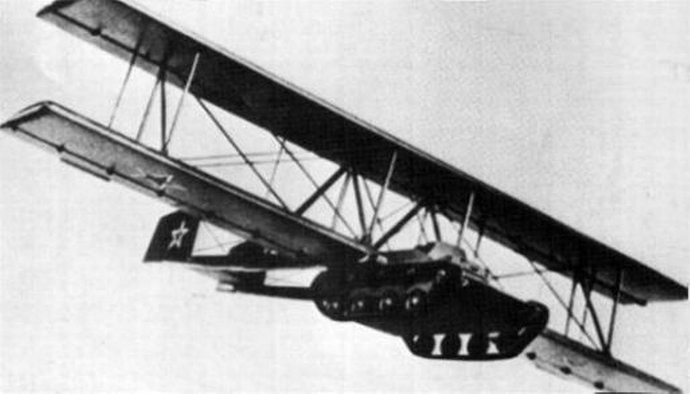 A lot of people missing the point here. This here is some 100% hero s!&t. All these people trying to be funny, almost none of you would have the minerals to do this. Just give this man his due respect and honor his valor. Most of you will ever do anything important in your small insignificant lives.