Thanks for posting the whole series, i think you or someone had posted just the first video and it was really interesting and i forgot to follow up and keep an eye out for the other videos since they hadn’t been released at the time.

I shall check them out after work

Can’t watch right now - what is the cliffs notes? Same as the US? Mental illness? Crippled by debt? Lack of family and support?

@ the 20-minute mark of the latest video is quite touching, though. That certain members of society can be imbued with the community spirit as thoroughly as this man is very inspiring.

I think the videos of particular importance were the 3rd and 4th ones, though i recommend watching all of it. The short answer is lack of support, bad economic/job circumstances, crippling debt to loan sharks and mental health issues.

Very important note, Japan is very old school and sexist which incidentally works in women’s favor as the video posits that roughly 98% of homeless people in Japan are men. The system favors helping women and finding accommodations for them but single men are so low on the priority list that they face a huge struggle to get help from the government

A good portion also refuse help from the government because of debts, but also lack of education makes it more likely for them to be uninformed on how to properly seek help so they just don’t bother because there’s a lot of bureaucracy.

What is likely positive for the homeless in Japan is that drug abuse is extremely rare, they try to take care of themselves so wherever they’re at they try to keep tidy and clean, and even the neighborhoods where low income people live look exceedingly clean and organized.

There does appear to be room for improvement however, there’s a lot of catch-22 situations for receiving help, and also affordable housing is a big issue

The differences from the US are interesting.

Something I was wondering is: where are these people getting food?

Non-profits and other groups that specifically help the homeless provide food for them. Also seems that some homeless rely on their family and friends for some low level support like the occasional meal though that was barely touched on in the video. For the most part they will recycle cans and other materials for a little bit of cash they will then use for food and other things.

I sure hope that Sanyūkai is able to contact the people of Japan’s “shrinking towns.” I wonder if part of the answer lies in the poorly distributed housing options. For those who are unhoused, who haven’t any family or friends in the city, setting up support networks in a shrinking town with empty houses could at least get the unhoused housed, and out of bad weather.

I sense that initial resistance that the unhoused [men] are judged by their society as unworthy somehow. For those who can offer community support or some work-trade arrangement though, it could be beneficial to all.

Why the Japanese Countryside Is Emptying

The Japanese Countryside is facing a crisis. People are leaving in droves, heading for big cities. Why is this happening and what is being done?

In Japan, opting out of the daily grind

To combat declining populations, some rural Japanese towns are trying to persuade young people weary of big-city life to trade in skyscrapers and noise pollution for cedar trees and singing birds. 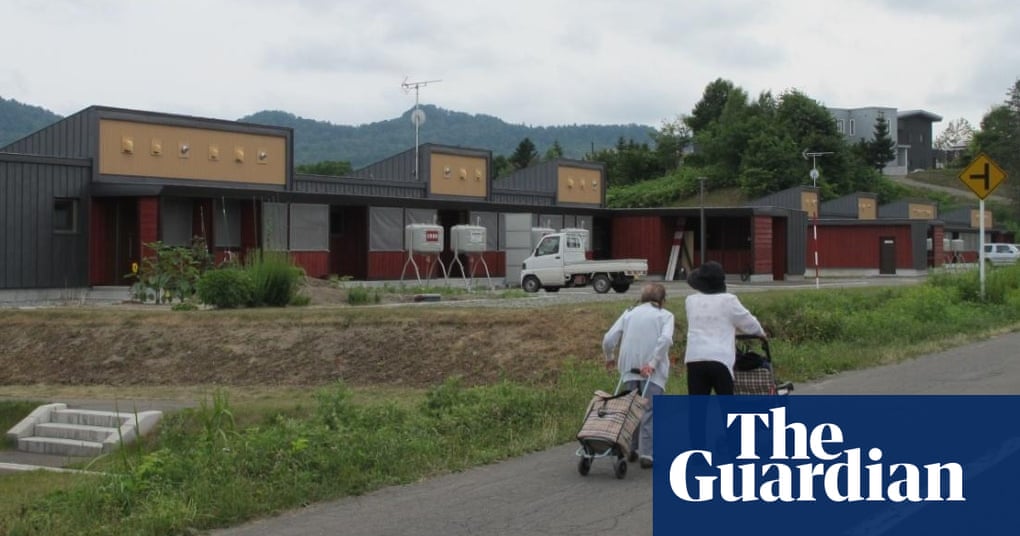 Yubari, Japan: a city learns how to die

Known in its heyday as the capital of coal, Yubari has lost 90% of its population in 50 years. With deer roaming freely, are there lessons for rustbelt cities around the world?

Thanks for posting these, I find them very interesting and insightful as I consider ways to reduce those exposed to homelessness in my city and also look for ways to improve the conditions of those who find themselves homeless. A few thought to share. There will always be those who choose to live outside society. The lack of drug problems in Japan seems to make it easier to provide support.

The non-profit/for-profit (NPO) aspect is interesting if I understood it correctly, I feel like we have a little of that working here in Ann Arbor. We have a large provider of housing and human services that seems to be the main beneficiary of political favor, and therefore dollars from a recently-established Affordable Housing Trust Fund. Great stretches of policy are being made to funnel money into this fund, I believe, to assuage the conscience of many local politicos even as they push openly & relentlessly towards gentrification & driving up the cost of living (reducing affordable housing stock by design). As a result, taxpayers in our city and county at large are footing the bill to support those who are falling off the playing field with greater frequency. So we are getting it at every turn - and so many people are but one major incident from becoming homeless, myself included.

It’s a lot to think about, which is why I like to take a look at other situations and solutions from around the world. Can anyone recommend any other similar video overviews of action around homelessness worldwide?