And implied that Black women aren’t attractive, too.

Sounds like he saw the “I don’t see color” bet and raised it to, “I only see attractive versus unattractive.”

Gross on so many levels.

raised it to, “I only see attractive versus unattractive.”

So misogynistic, too. If he only could have worked in a comment about whatever her wealth was prior to marrying into the Windsors, we could have had a trifecta of race, gender, AND class.

And by winner I mean a racist, sexist, classist asshole. But then again, he writes for the Daily Fail, so that goes without saying…

And implied that Black women aren’t attractive, too.

Oh, I got that; loud and clear.

And as another beautiful, Black woman who happens to be “Mixed” like Ms. Markle, I heartily say he can go fuck himself sideways with a rusty screwdriver…

It’s especially insulting when the fucker looks he’s the product of inbreeding and too much plastic surgery his damn self: 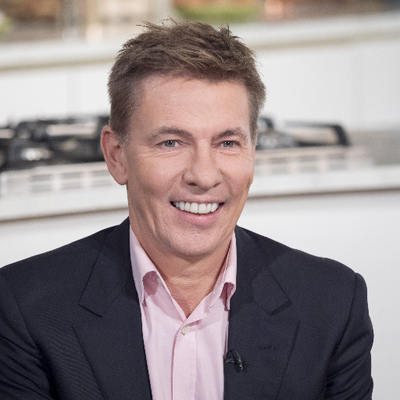 here is the full text of the op:

Soothsayer John Oliver knew what was coming for Meghan Markle in 2018, telling Stephen Colbert on The Late Show, “I would not blame her if she pulled out of this at the last minute… she might be marrying into a family that could cause her some emotional complications.”

When Colbert came to the royal family’s defense, saying this generation seemed like nice people, Oliver sort of agreed with a wobbly “yeah,” and then added, “They’re an emotionally stunted group of fundamentally flawed people doing a very silly pseudo job – that’s what she’s marrying into… It’s going to be weird for her.”

in sum: Markle has “emotional complications” and she just had an Oprah interview.

that’s all I got because that’s all that was there. reads exactly like celebrity gossip. oprah and the royal family are a big deal to normal people but they’re both completely filtered by me.

you read the OP knowing about the issue explored by the interview.
I didn’t. I saw a blog post on a blog that I still love but the quality of which has been nosediving lately seemingly about celebrity gossip and I reacted accordingly.

the only reason I’m bothering to clarify is because you’re my friend here. Had Carla bothered to do a tenth of the diligence that you did in your post, I could have parsed it as news rather than gossip.

I am intimately aware of not being treated for mental health issues as an American who didn’t have health insurance until very recently. I inherited my family disorder which was undiagnosed and when I finally realized I needed help I couldn’t get it without insurance.
so, I agree that a powerful family intentionally keeping someone untreated is deplorable and surely newsworthy. if only it had been reported here as such, I wouldn’t have considered it to be stupid gossip.

this whole post presupposes that I give a single fuck enough about celebrity gossip to understand Markle’s current feelings.

Then why waste your time commenting on it? BB regularly posts articles I have no interest in, and I don’t bother complaining about them (I save the complaints for subjects I am interested in, e.g. the smear job on James Randi).

ETA: reading your follow-comment, I see that you’re “disappointed in BoingBoing”, both a helpful and original take.

the only reason I’m bothering to clarify is because you’re my friend here.

I consider you a friend as well. I apologize for my hostility.

To a certain extent I was frustrated with the general dismissiveness of comments in threads on topics that sometimes feel like others are making superficial judgements without all the information (something that frankly I too have been guilty of in the pastl). I correctly guessed that you would care about the actual subject at hand once apprised of it. I honestly don’t know about the other commenter I quoted, the person for whom I was initially writing that reply.

I wish I’d replied to you separately. It wasn’t my intention to drag you.

And as another beautiful, Black woman

I would guess that you are not only beautiful but damn gorgeous as well.

Then why waste your time commenting on it?

I would guess that you are not only beautiful but damn gorgeous as well.

And you’re still such a huge sweetie!

Eh, more like WASA. I wouldn’t associate Anglicanism with Protestantism.

IMHO and based on my incomplete knowledge, not @noahdjango. I still disagree with his original post, but I think it was born of a lack of information, not callousness or superciliousness.

Soothsayer John Oliver knew what was coming for Meghan Markle in 2018,

I don’t think you had to be a soothsayer to know what was coming.

I just don’t get people who insist on commenting in topics that disinterest them, while I’m over here damn near exacerbating my carpal tunnel with all the posts that I put on MUTE, because they are not to my personal tastes.

I just don’t get people who insist on commenting in topics that disinterest them,

Exactly! Maybe I’m just noticing it lately, but it strikes me on some threads where we’re reacting to people in power behaving very badly, some posters will state that we shouldn’t even pay attention, and then on threads like this other posters make a point of chiming in simply to state how little they are interested.

Yup. I stay the heck out of the tabloid roundup threads, but I assume it’s still roughly fifty percent “stop posting this stuff.”

but it strikes me on some threads where we’re reacting to people in power behaving very badly, some posters will state that we shouldn’t even pay attention

Instances like that, I always wonder about the motivation behind the apparent desire to squash conversation…