Remember, “realistic” means exaggerated wrinkles and stippled textured skin-flesh with huge pores. Especially on something that’s not made of bare skin in it’s original form. Spongebob and Patrick aren’t made of skin, they’re made of … sponge. (edit: technically Patrick is a starfish, which is also not skin. At all.)

The people who do the “realistic pokemon are scary and gross you guys!” always do this, even with the ones that are supposedly super fluffy and covered with fur. Their version is always weird textured bald skin with wrinkles everywhere. Because that’s real. Fur is not real. Nothing real has fur.

love the spongebob and simpsons recreations, but that kermit is just wrong in so many ways. i mean… frogs don’t have teeth! i know he talks about this, but it would be much creepier if he had stuck with how kermit’s mouth looks originally.

(excerpt) Later he left New York en route to Cannes, carrying a 5-foot-tall, purple Bugs Bunny doll that had been given to him as a bon voyage gift. “This is the most ugly and frightening animal in the world,” he said. “I will paint it with mayonnaise and make it an object of art.”

The painting below may have been inspired by the story above: 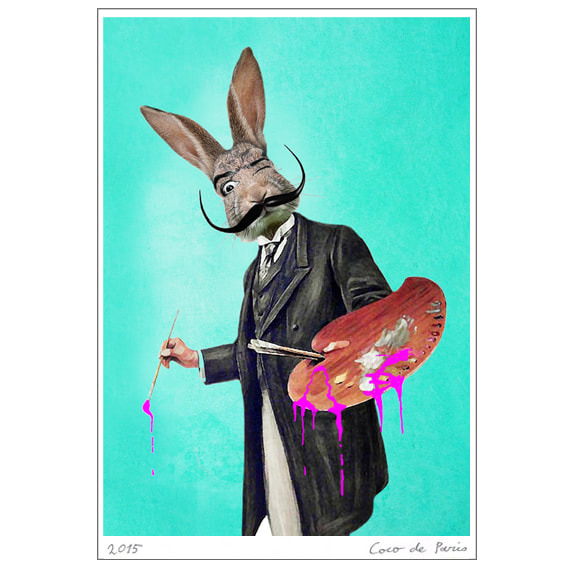 Gods, that video alternated between horror & maniacal laughter on my part.
Both at once, more than once.
ETA:

that kermit is just wrong in so many ways.

This was one of the Both@Onces…
I thought the teeth added to the creepiness. And the laughter.