Can we please clone him and have one of him delivered to every school in the country?

Although I think credit should also go to the people who worked behind the scenes, and the two kids who appeared in it. They’re very lucky.

and the two kids who appeared in it. They’re very lucky.

Yeah, lucky. Everyone else gets a real snow day, but they have to deal with the principal in their own home. It’s like your parents inviting the teacher over for dinner, except on your birthday. I hope they were able to escape on their toboggans.

This Glee shit has gotten totally out of hand.
:\

Lyrics and direction by:
Adam Olenn

It doubles as a PR piece for prospective students!

But sledding is still on in the southeast corner of the campus over by Lloyd Ave, right?

I am beginning to suspect that the principal may have actually prepared that announcement beforehand.

The lines that reference significant snow while he’s walking on bare pavement and wearing only a token scarf and mittens might have been a bit of a giveaway.

Man, that was awesome. Shine on you crazy diamond.

The lines that reference significant snow while he’s walking on bare pavement and wearing only a token scarf and mittens might have been a bit of a giveaway.

Are you saying it’s faked?
Mitchell and Webb portray a live cooking show.

This reminds me of a song a woman from Spain tried to teach a bunch of us one summer at camp. It was about school being closed for three days. The children are all sad, wondering what they’re going to do, and the books are taken to a pawn shop.

It was funny, but too difficult for a bunch of non-Spanish speakers. Finally she gave up and taught us The Chicken Dance Song instead.

This is great and reenforces my belief that Quakers, who as far as I know are kind of into nudity and pacifism, are quite cool.

What? How? That would have involved some sort of snow prediction magic.

No, no—I’m not implying that he was able to magically predict this snow storm.

I’m saying he caused it. 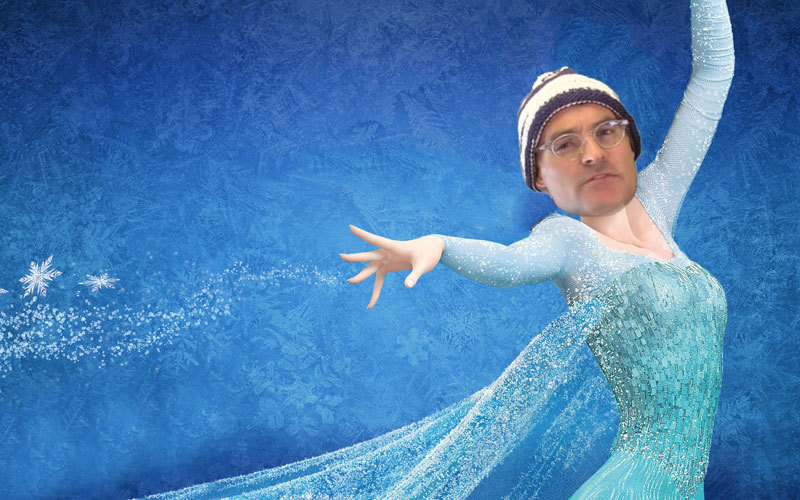 That’s just great. My best friends’ son went to Moses Brown and came out with an incredible education and love for learning. Wouldn’t it be great if all our kids were so valued that they would be exposed to such an experience. Joy in learning, what a concept.